How will the headlines from Beijing affect VC investment and M&A between China and the U.S. in the technology, media and telecommunications (TMT) sector?

With the world’s eyes on China’s rising domestic debt, plunging stock market, and devaluation of the Renminbi (RMB), the question is being asked in board rooms and at funding pitches alike, from Palo Alto to Zhongguancun.

In the blink of an eye, the basic premise regarding China’s seemingly inexorable future growth has been replaced with, at best, a more guarded prognosis.  As a result, investors, buyers and target companies are grappling what is likely the ‘new normal’ of flattening growth and continued volatility in the PRC market.

At one level, not much has changed for many start-ups and the angels and VCs that have funded them. The RMB’s rise against the USD from 2010 to 2014 did little to dampen US foreign direct investment into China, which rose from US$59 billion to US$65 billion during the same period (with a slight dip in 2010-11) according to the Bureau of Economic Analysis.

Conversely, some may cheer the RMB’s depreciation as hopefully leading to more reasonable valuation whose stratospheric levels in recent months, as one leader at a major international VC fund told us last month, “have made it very challenging to make money in China.”

But as China learns and the rest of the world is reminded that having established a stock market, Beijing cannot control it simply by diktat and investors and buyers who deal with China are feeling less secure.  An additional wildcard in the mix for dealmakers is the new draft Foreign Investment Laws which, while leveling the playing field for foreign investors in some respects, may trip up foreign investments in certain TMT businesses. 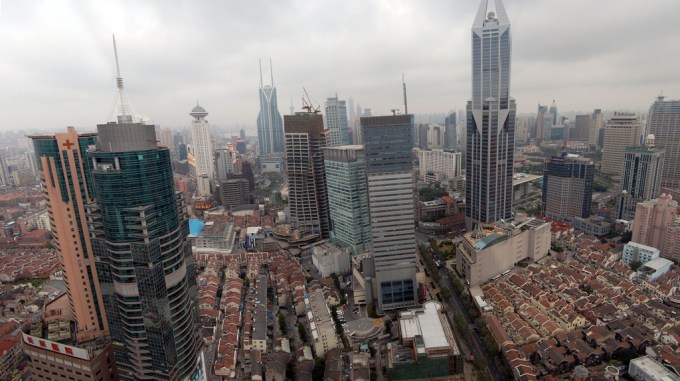 Chinese outbound investment into the U.S. has increased steadily for the past five years, reaching US$20.35 billion in 2014, of which US$6.17 billion was invested in the technology sector, according to the American Enterprise Institute.  While the devaluation of the RMB makes outbound investments more expensive for Chinese investors who primarily hold RMB and may threaten the availability of acquisition financing, investors we spoke with believe this to be a short-term currency fluctuation whose impact upon their investment plans in the near- to mid-term will be minimal.

Outbound TMT investors and buyers continue to focus on long-term business growth, notwithstanding recent headlines.  The U.S. remains China’s most popular outbound investment destination due to its rich culture of innovation and advanced technology offerings.

Richard Hsu, former managing director for Intel Capital China, believes that outbound TMT investment from China is primarily driven by a desire for market access or technical capabilities, and that “a 5-10% move in the currency is not going to dampen that appetite,” absent a more major macroeconomic dislocation.

Similarly, investment firms that have a broader geographical mandate are hedging their positions to insulate against the potential impact of the RMB’s devaluation. Frank Yu, founder of Ally Bridge Group Capital Partners, a Hong Kong-based fund with a focus on life science technologies in China, U.S. and Europe that is sponsoring the take-private of NYSE listed WuXi PharmaTech, also confirmed that the recent RMB depreciation will not impact its investment strategy, as “Ally Bridge’s global investment approach and portfolio provide a good hedge.”

On the outbound M&A side, large Chinese strategics such as Tsinghua Unigroup, Fosun International, and Dalian Wanda Groupcontinue to invest actively in semiconductors and education, as well as in expansion plays in media, real estate and insurance.

At the same time, at least one PRC-based investment bank we work with has counselled one of its Chinese buy-side clients to revise downward a pending indicative offer in a yet to be announced take-private.  We expect that proxy disclosure for public M&A deals involving U.S.-listed PRC targets that are announced in the coming months may more frequently include discussion of southward trending pricing discussions as part of the transaction history. 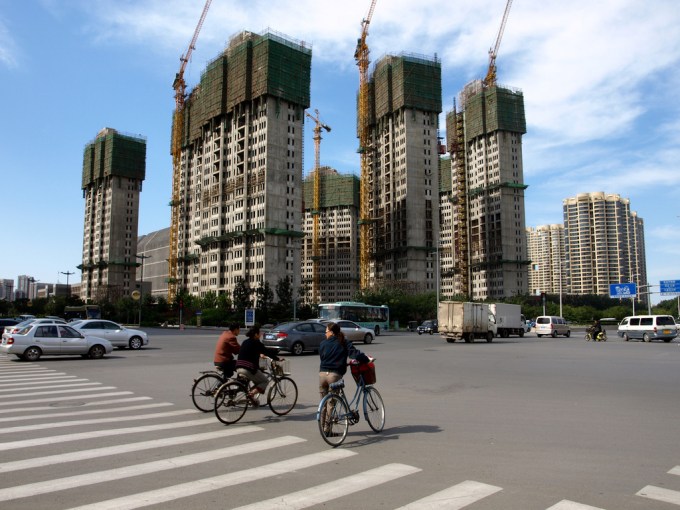 The recalibration of the stock markets from such great heights is likely to correspond with a capitulation in the lofty valuations demanded by founders over the past 12-18 months. In the near term, late stage companies that had been relying on listing on the stock market will find exits more challenging.  With the challenges facing capital markets, together with China’s slowing economy and weaker currency, inbound investments to China may appear less attractive.

Nevertheless, there remain significant investment opportunities in the PRC, that at least to date, have largely been unaffected by these headwinds.  Domestic service-driven industries such as healthcare and fintech services, cloud technologies, disruptive O2O platforms in accommodations, transport and logistics, and new technologies, such as in IoT, are examples of such opportunities.

Start-ups such as XingRen (Trusted Doctors) are tapping into the demand for enhanced healthcare services, offering a mobile healthcare platform with WeChat integration that bridges the gap between doctors and patients, facilitating better communication, improved follow-up care for patients and, as a result, improved clinical outcomes.

It recently completed a RMB200 million  (approximately US$32 million) Series B round of funding led by FountainVest, with returning backers Lightspeed China Partners and Sequoia Capital.  Martin Shen, CEO and founder of XingRen, notes that for the middle class, “China … is still primarily a domestic inward looking market” where the healthcare industry lags in meeting consumer demand for more personalized services and technologies.

Hsu notes that services generally will continue to be a growth area, particularly in 3rd and 4th tier cities, where the shortage of talent is perceived as the cause of a lack of service quality.  This shortage will either be fulfilled by an increase in trained labor or through the application of technology (e.g., self-ordering at restaurants).

In addition, with China still having the largest number of internet users to date, O2O industries remain very active for their disruptive impact on transportation and accommodation – Didi Kuadi Joint Co. (Uber’s main rival in China) raised US$3 billion as of September 2015, including participation by flagship Chinese funds like CIC and Tujia (a vacation rental provider), raised US$300 million in a recent round of preferred equity financing.

Another very active sector is ecommerce, where foreign investment restrictions on online retail have been lifted nationwide.

Reflecting foreign investors’ continued focus on e-commerce, Walmart’s recent buyout of the remaining Ping An and co-founder interests in its B2C website Yihaodian augurs a continued push to gain market share in critical tier 1 cities, while using logistics and related efficiencies for the benefit of Chinese domestic consumers.

Mirroring the Walmart transaction are similar big bets in e-commerce by Chinese players.  For example, the ffan.com e-commerce marketplace JV, recently formed by Dalian Wanda, Tencent and Baidu, is focusing initially on F&B and cinema tickets. Baidu meanwhile has stated its intention to invest up to US$3.2 billion over the next three years to help connect merchants with customers on its e-commerce app, Nuomi.

These are not the only industries where investors see opportunities.  Beyond e-commerce, Milton Chou, China Growth Leader at GE Ventures expects investment growth in intelligent lighting, smart buildings, energy efficient control systems, medical devices and life sciences, as well as advanced manufacturing initiatives such as robotics and 3D printing.  The Chinese government is also encouraging foreign investment in the IoT sector.

A Brave New World for Foreign Direct Investment in China 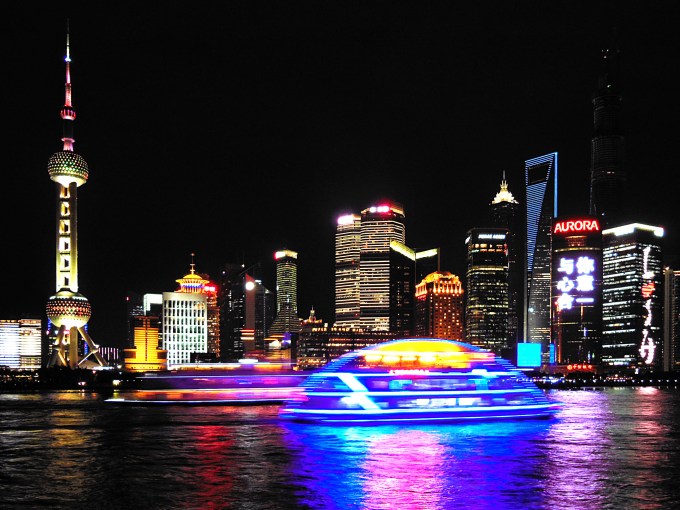 While the effects of a devalued RMB and volatile stock market are still rippling through the TMT sector, changes in the Chinese regulatory framework may prove more influential in the mid-term.  The rise of the Chinese stock market in recent years has seen valuation averages for technology stock skyrocket to 220 times reported profits prior to the June 2015 tumble.

This prompted a slew of privatizations in the U.S., with acquirers looking to re-list their targets in China instead where valuations were higher.  Although Chinese take-private offers for US-listed companies have continued in Q2 of 2015, there are concerns that the China Securities Regulatory Commission (CSRC)’s wide regulatory powers over the Chinese stock market (as demonstrated by the moratorium on IPOs it put in place to stabilize the Chinese stock market in early July 2015) may cause investors to rethink the viability of an IPO exit in China, according to Mr. Hsu, Intel Capital China’s former managing director.

Focus Media’s run at re-listing in Shenzhen after delisting from NASDAQ, which was set to become precedent for similar deals before its intended backdoor listing vehicle came under CSRC scrutiny, will be closely watched.

Another key development involves VIEs.  As many of our readers know, currently many TMT China-bound investments are structured through the use of a variable interest entity (VIE) due to restrictions on foreign investment in the value added telecoms (VAT) sector.  Proposed revisions to the legal framework regulating foreign investments in China could soon change this.

In January 2015, the PRC Ministry of Commerce (MOFCOM) published a draft Foreign Investment Law that is intended to completely revamp the current foreign investment regime.  It is anticipated that the draft law will make it more difficult for foreign investors to use VIE structures to avoid restrictions that PRC law otherwise places on the level of foreign equity ownership in the licensed domestic company.

As noted in our prior client alert, in a VIE structure, the foreign investor does not directly own the licensed domestic operating company engaged in VAT services, but controls such company through contractual arrangements with PRC nominee shareholders.

The new Foreign Investment Law looks past the registered domicile/nationality of the direct shareholders of the licensed operating entity, and examines whether ultimate control over the business is wielded by non-Chinese persons.  As a result, foreign investors seeking to take a significant interest in VAT businesses, as well as foreign investors in existing VIE-structured businesses, may not be able to easily invest in such businesses, qualify their current ownership without a further review and/or approval or sell an existing stake to other foreign acquirers.

The effects of RMB depreciation, stock volatility and the slowing economy on cross-border investment to and from China are still playing out as this article goes to press.  One trend that is clear is the important role that the draft Foreign Investment Law and other recent proposed changes to the regulatory regime affecting TMT in China (such as China’s draft cybersecurity measures) will play in determining how active investment continues to be.

Stay tuned – the next 12-18 months should be interesting.