Atlassian, which according to recent reports secretly filed for an IPO last month, today announced a major update to its flagship JIRA project and issue tracking service. The company is breaking JIRA into three separate standalone products: JIRA Software for software teams; JIRA Core for business teams; and JIRA Service Desk for IT teams and other service teams.

As Atlassian president Jay Simons told me, this isn’t just a significant release for the company, but maybe “the biggest release for Atlassian — maybe ever.”

JIRA Software is essentially the current version of the service, with a focus on agile software development teams. The company made some user experience updates to the service (which also apply to the two new JIRA editions), as well as updates around the boards that form the core of the JIRA experience.

JIRA Service Desk was previously available as an add-on to the core JIRA service. It’s now a standalone product, too. 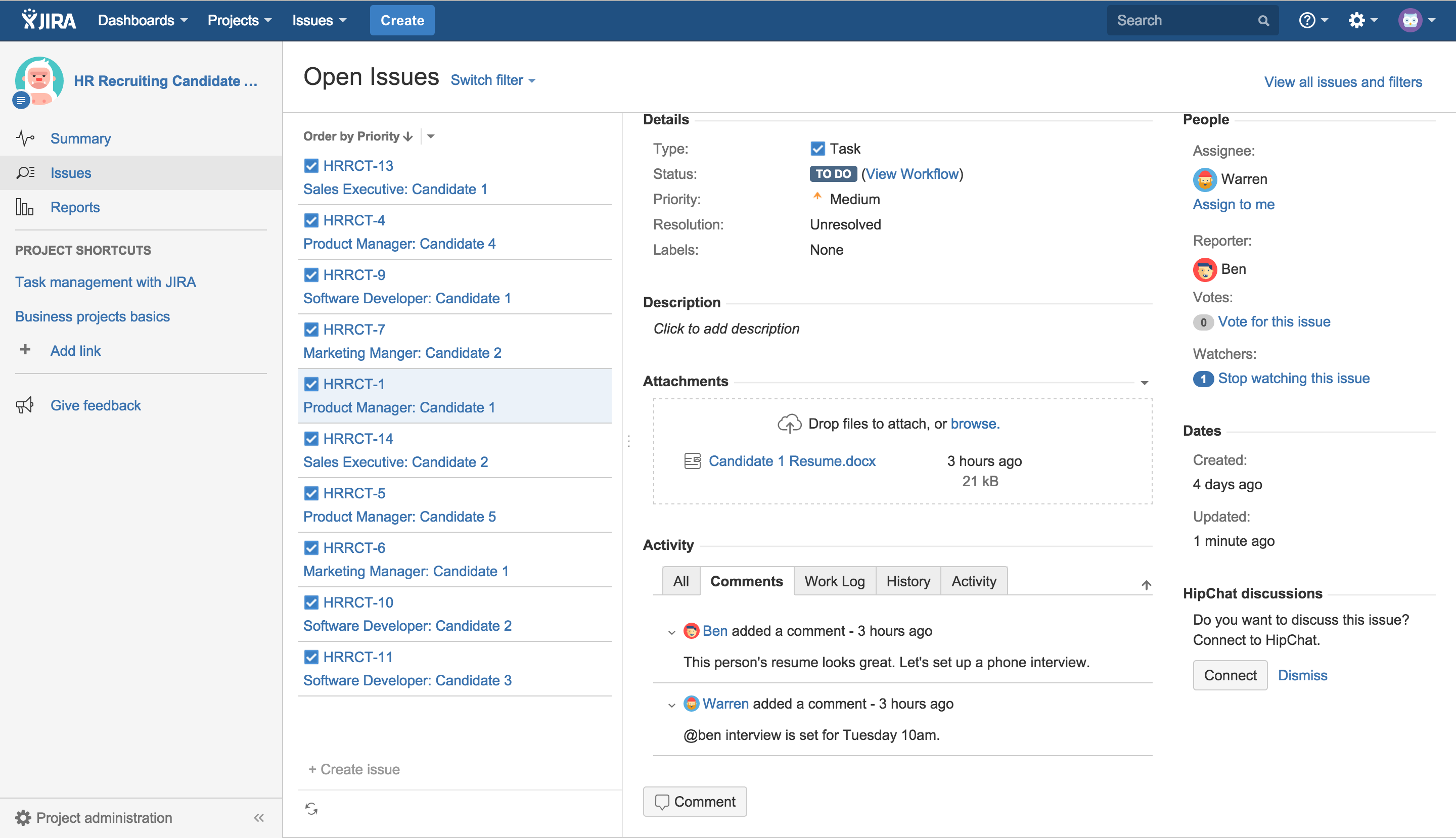 JIRA Core is really the new offering here. The team adapted the service to non-technical teams by removing all of the software-specific parts. As Simons told me, the idea here is to supports general team project collaborations. The team added new templates for these general projects and made project, task and issue pages easier to work with. According to Simons, Atlassian worked with a number of companies that were already using JIRA with non-technical teams to fine tune this product.

If you’ve been watching Atlassian in recent months, this news may not come as a total shock. In my discussions with the company, the fact that JIRA has been getting a lot of traction outside of the software development world figured into every conversation in recent months.

“This opens up new opportunities for a product that is in high demand,” Simons said. “This means JIRA will get used for more kinds of collaborative work.” He believes that in many organizations, JIRA will be able to reduce the number of internal emails and big spreadsheets that too many teams still use to stay organized.

JIRA is currently in use at over 35,000 companies across 165 countries. The company says its JIRA Cloud product saw more than 50 percent users growth each year over the last three years.

With an IPO on the horizon, the company is clearly trying to position itself for sustained growth outside of the developer world. While every company is, to some degree, becoming a software company, there are still far more non-technical teams that have yet to adopt a project-tracking service like JIRA than there are development teams who are still working with some ad-hoc method of tracking their bugs.