Imagine a Snapchat selfie Lens branded with Iron Man 4. How much would Marvel pay to let Snapchatters Iron Man themselves and send these pics and videos to friends the weekend the movie opens? Apparently as much as $750,000 for one peak day like a holiday, according to a report of an upcoming new Snapchat ad format from the Financial Times.

[Update 10/31: Snapchat is now officially launching its first Sponsored Lens campaign to promote The Peanuts Movie. On Halloween, users will be able to add the Lens shown above to animate their selfie with candy corn and characters from the old Charlie brown comic strip. The Peanuts Movie will also have Sponsored Geofilters on Snapchat. In the age of ad blockers, Snapchat has found a way to slip marketing in by merging it with organic content.] Imagine how much more Marvel would pay if you could click from one of those branded selfies straight to a trailer for a film? There could be scary lenses branded for horror movies. Or a lovey-dovey Valentine’s Day lens from Hershey’s. 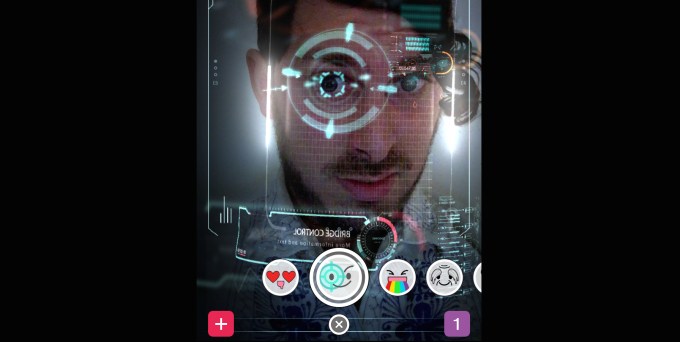 With a notoriously young, digitally native userbase, cramming Snapchat full of traditional ads doesn’t seem like it would work. In fact, it didn’t. Snapchat ditched its initial, more traditional ad unit that put commercials like film trailers in people’s lists of Stories to watch.

And since most kids are on a budget, in-app purchases could be a tough sell. Snapchat is currently experimenting with the ability to Replay more than one snap for free a day, selling packs of three extra replays for $1. Maybe if some of its new facial recognition lenses that add animated effects to your face were cool enough, users would pay to jazz up their Snaps with them. The same goes for premium filters. But again, a lot of kids don’t have the cash to pay.

But what they do have is plenty of friends and plenty of time. That’s why Snapchat’s recent Sponsored Geofilters make sense, allowing McDonalds to let you fill your screen with Big Macs if you’re near one of its restaurants. Or a film studio letting you throw its movie’s logo atop your snap. 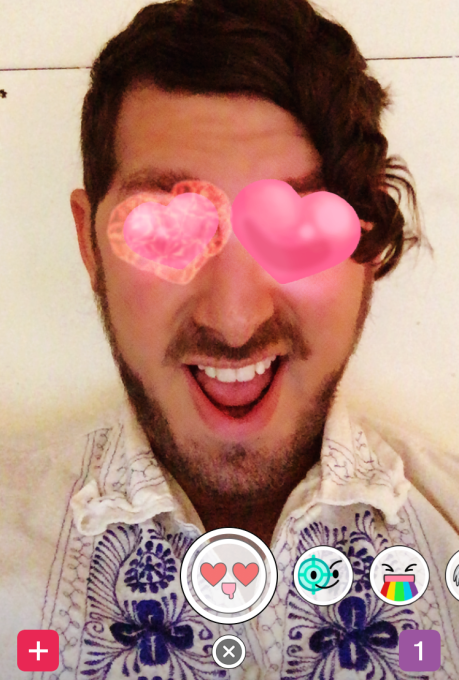 And that’s why these more Sponsored Lenses, built atop the selfie animation technology Snapchat acquired by purchasing Looksery, could make this form of crowd-distributed advertising more interactive, personal, and engaging. While the Sponsored Filters can feel a bit tacked on to Snaps, the Sponsored Lenses inherently depend on the sender’s face, making them always unique and intimate. Those are great qualities for ads to have.

And when you get a cool Sponsored Lens snap from a friend, you might be inspired to send out your own version. Plus, similar to how Snapchat Discover clips that are sent as Snaps have links that lead back to the original Discover story, Snapchat could let the Sponsored Lenses lead to more of that brand’s content.

Snapchat seems to be homing in on a business model where it doesn’t have to unilaterally bombard users with cookie-cutter ads, and it doesn’t have to nickel and dime them with in-app purchases. Instead, it positions users as the vector for transmitting viral advertising under the guise of content.