Mac users fondly remember OS X Snow Leopard and Mountain Lion. These two releases were the epitome of Apple’s best work on OS X. Two rock solid iterations that were all about refinements, performance updates and stability. While OS X El Capitan isn’t a true ‘Snow’ release, this year’s OS X follows the same tradition in many ways — and it’s a great thing.

Before diving a bit deeper into what you should expect from El Capitan (OS X 10.11), let’s take a step back and talk about OS X’s strategy over the past few years. Apple has been releasing an OS X update every year since 2011. This insane pace for such a complicated piece of software is no small feat.

The advantage for consumers is clear — you receive new features regularly. Yet, you could see here and there that OS X wasn’t as reliable as it used to be. This relentless update cycle had a big drawback.

For many people, OS X is the foundation of their digital work. It needs to be as transparent as possible. A slowdown, a bug and a crash get in the way. Making these problems disappear should be one of Apple’s priorities when it comes to OS X development.

El Capitan is now available in the Mac App Store. I’ve been using El Capitan for the past two months. I can say that this release delivers on its initial promises — OS X just works, again.

But this release also confirms something we could notice in previous years. Switching to an aggressive annual release cycle has another big advantage. Apple can release the same features on both iOS and OS X around the same time of the year. That’s why many iOS 9 improvements are now appearing on OS X just a couple of weeks after Apple released iOS 9. 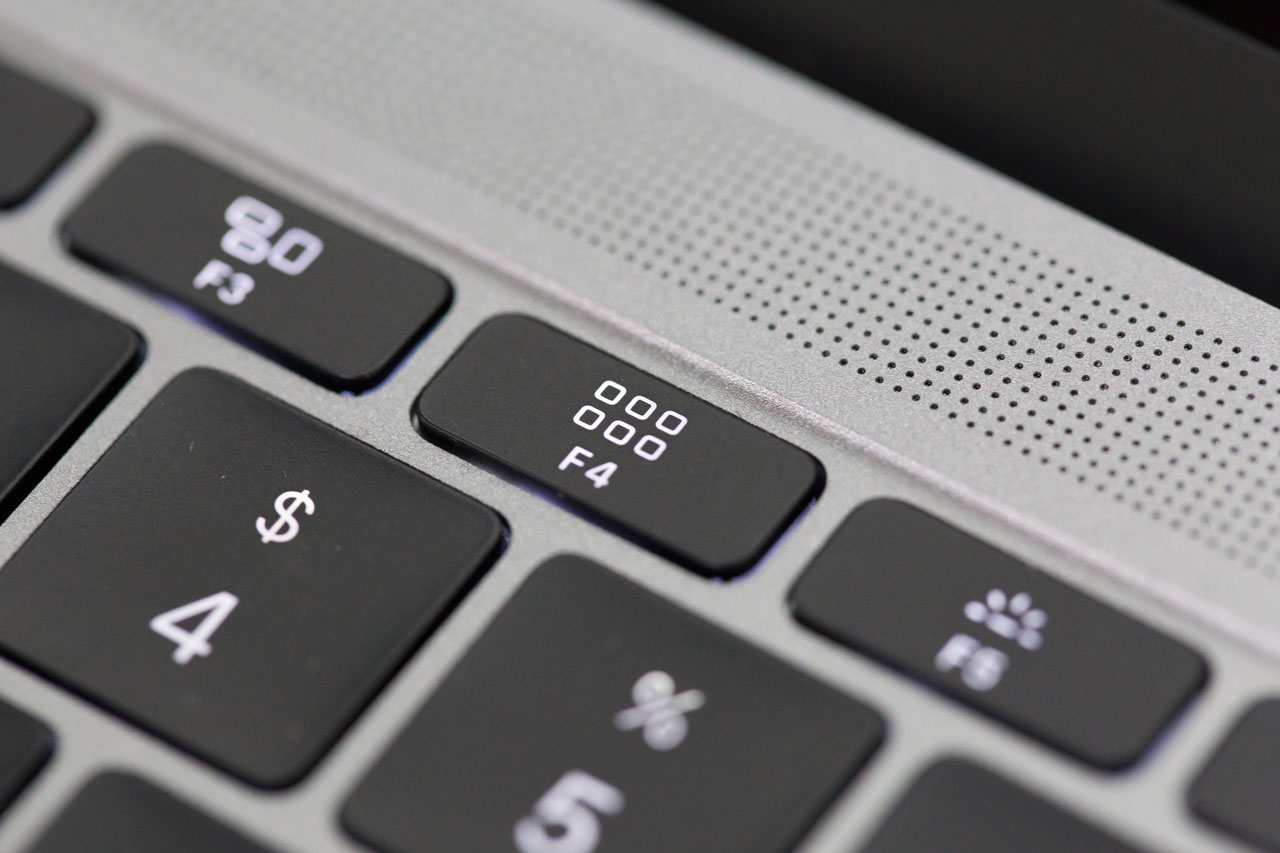 El Capitan brings many bug fixes and performance improvements. Obviously, Apple hasn’t listed each of them, but you can feel it when you use your Mac. It’s a huge jump compared to Yosemite.

There are two low-level improvements that are worth noting. First, Apple is now using Metal in many of its apps. As a reminder, Metal is a low-level framework for graphic-intensive tasks. It offloads some of the CPU tasks to the GPU. Of course Metal is very important for games, but that doesn’t stop here.

Preview leverages Metal to display long PDFs or load long lists of emails in Mail. Even at the operating system level, switching from a desktop to another is smoother. And for the first time ever on my 13-inch retina Mac Book Pro, triggering Mission Control is perfectly smooth.

The second big low-level change is system integrity protection. Apple added another security layer for system files. Even if you are an Admin user and enter your password, third-party apps can’t alter system files.

For the first time ever on my 13-inch retina Mac Book Pro, triggering Mission Control is perfectly smooth

This is a great security feature that might cause a small drawback among power users. Some power user apps, such as Bartender and TotalFinder, require you to turn off system integrity protection in order to change the behavior of the Finder or the menubar.

Turning off system integrity protection is a painful process as you need to reboot your Mac to access the recovery partition, turn it off using a command line, reboot it again, install your app, reboot it again, turn system integrity protection on again, and rebooting one last time. I expect many users to give up on these low-level apps in the future. 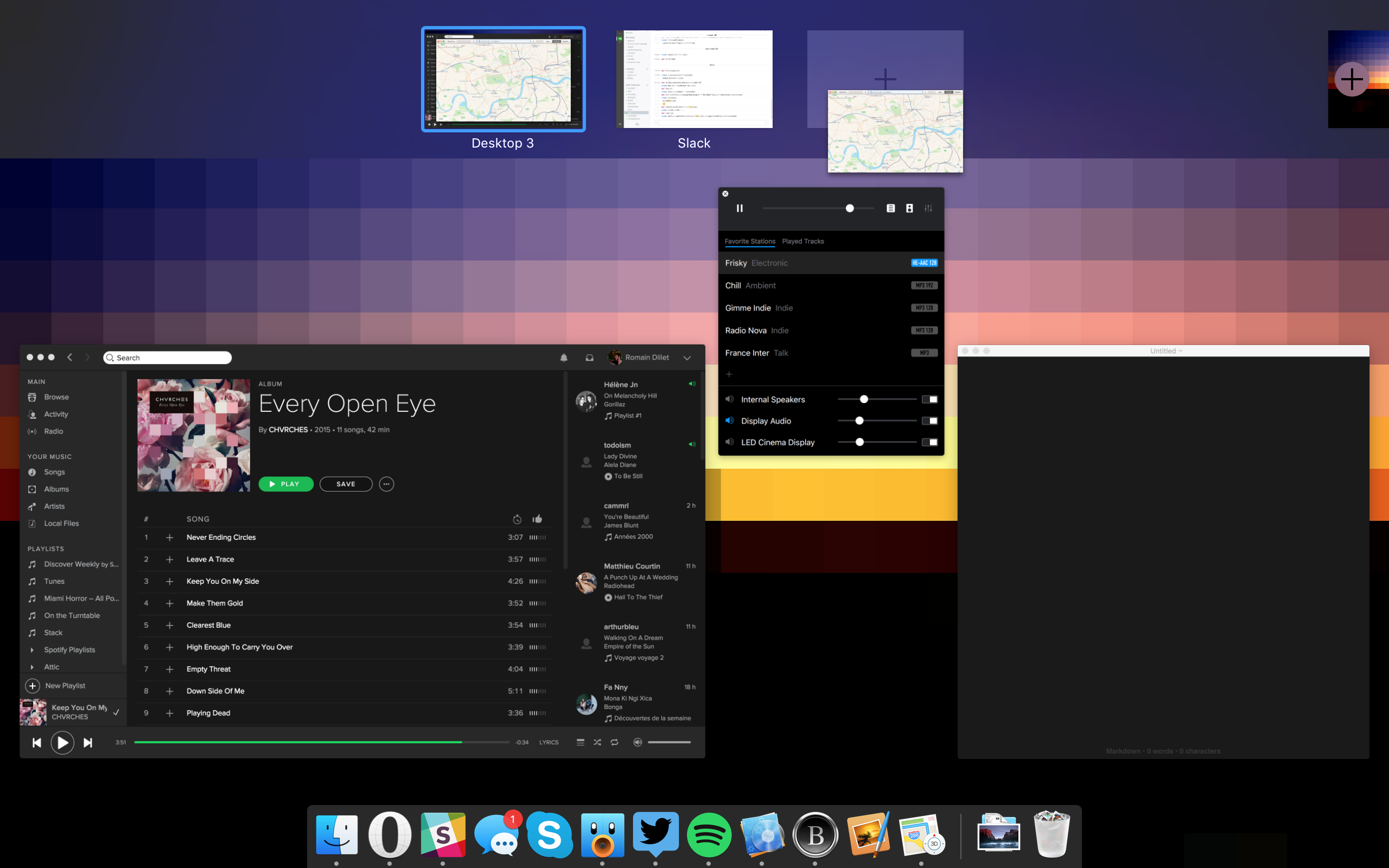 After installing El Capitan, the first thing you will notice is that text items look different. Apple has switched to a new system font, San Francisco. This font was designed by Apple for the Apple Watch. The company used it for iOS 9 as well. And now, every Apple device is using the same font with this OS X update.

This change is quite glaring. It takes a few days to get used to it. But San Francisco is better than Helvetica Neue in every way — it is more readable, more elegant and less generic. There is no downside.

San Francisco is better than Helvetica Neue in every way — it is more readable, more elegant and less generic

Mission Control also received an update. Now, OS X doesn’t stack windows of the same application together. The bar at the top with your full screen apps and other spaces is different as well. By default, you only see the name of the app or space. If you drag a window to the top bar, OS X automatically expands it with previews of your other spaces.

Mission Control is a good way to find the app you were looking for. But if you’re really lost and can’t even find your cursor, just shake your mouse a little. Your cursor will change into a giant cursor for a few seconds so that you can notice it. 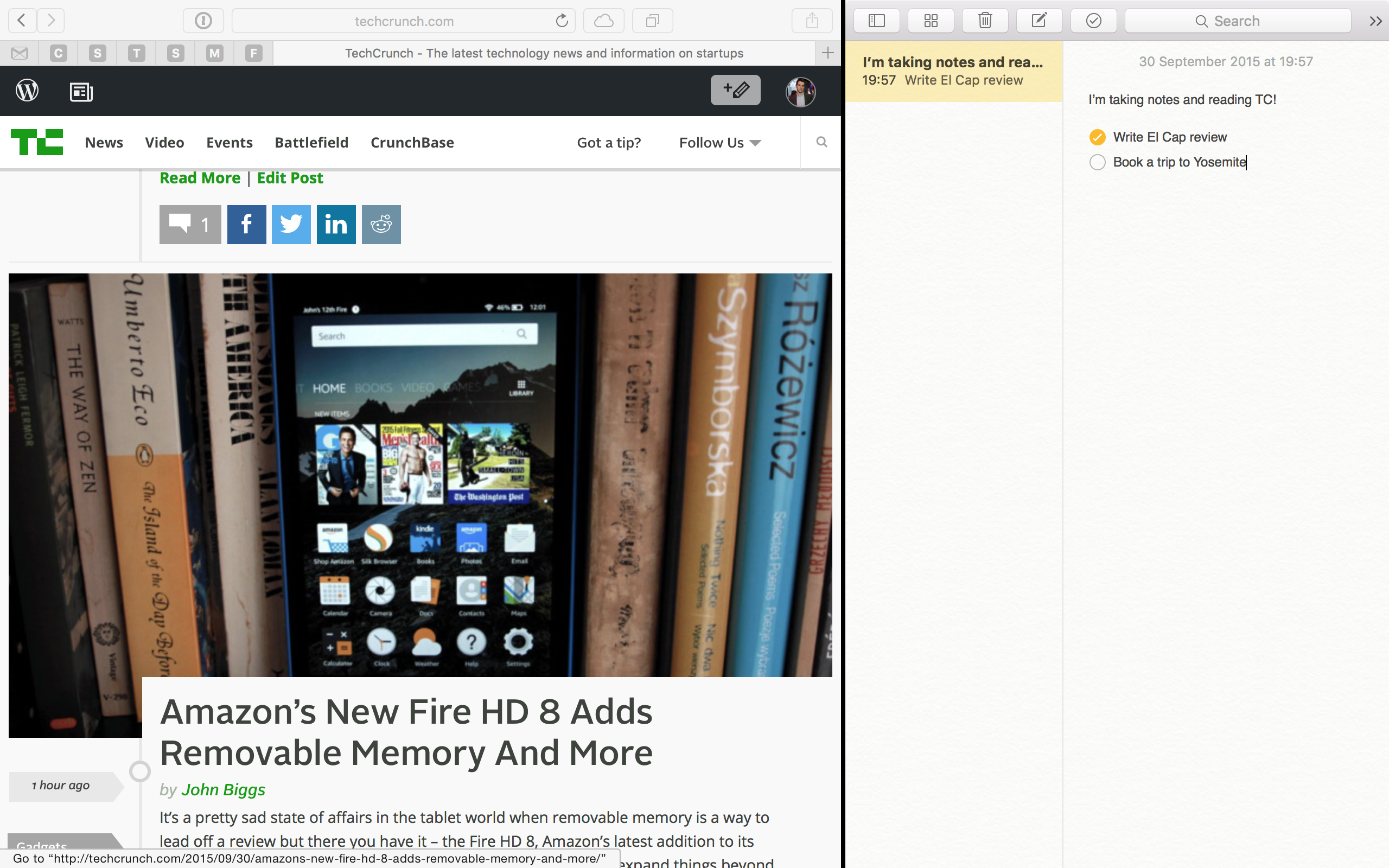 And now, all the other new system features were introduced for iOS 9 as well, starting with Split View. In El Capitan, you can now open two full screen apps side by side. For instance, you can have Safari on the left taking most of your screen, and a notepad on the right.

To create a Split View, you just need to launch Mission Control and drag an app on top of another full screen app. It will divide the screen in two parts. You can then resize these apps by dragging the dividing line between the apps.

Spotlight gets the same iOS 9 improvements. You can now search for sports scores, weather conditions and stock prices. Spotlight now also understands natural language input, bringing it closer to a text-only version of Siri. You can also move the Spotlight window around. 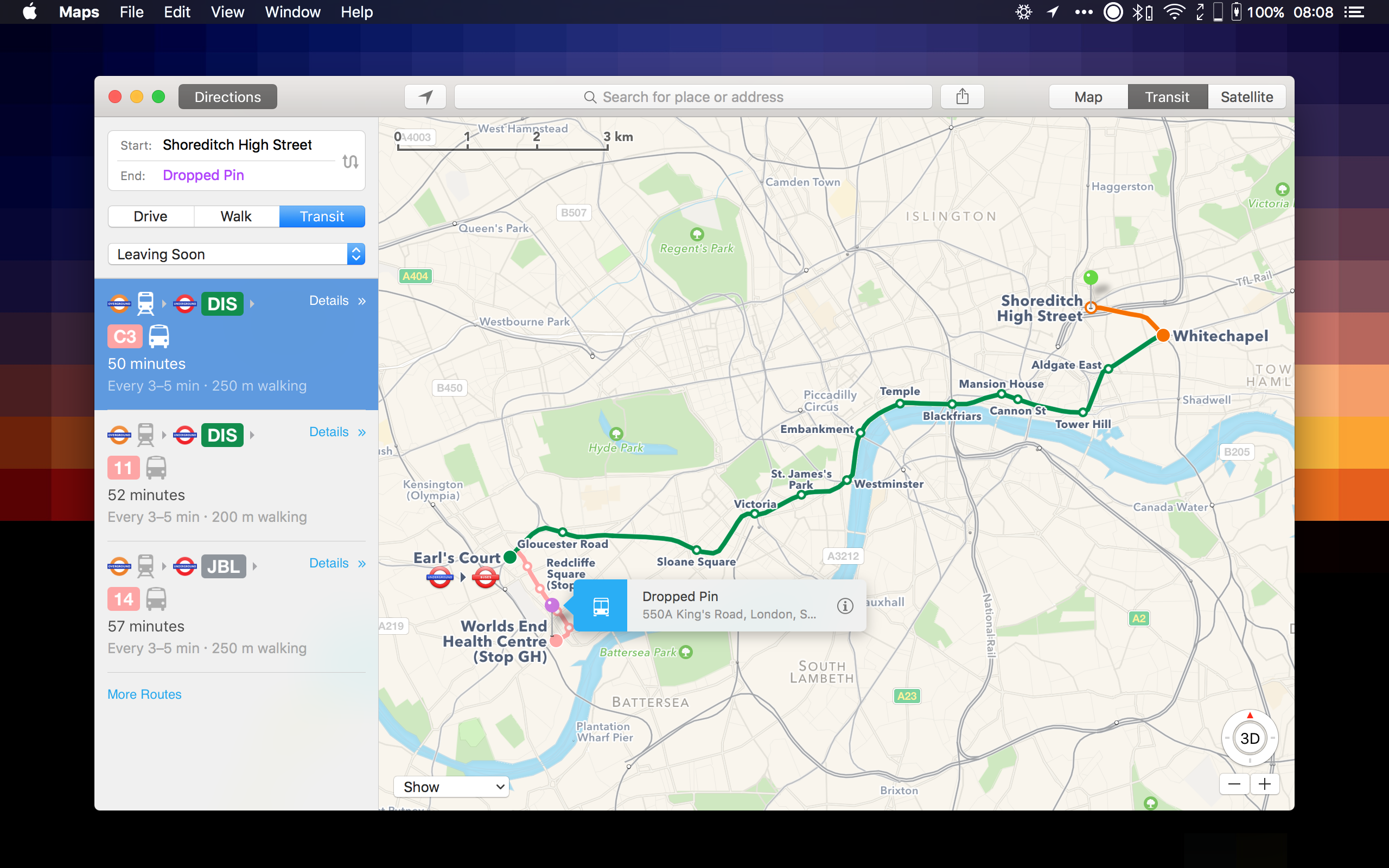 This section is what makes El Capitan stand out from other ‘Snow’ releases of OS X. Apple hasn’t just focused on making OS X more stable, it has also added new features to the default apps.

Safari gets a few Chrome-like features. You can now pin tabs in your tab bar, so that they’re always there and don’t take much space. This feature is great, except that Safari doesn’t use favicons. Instead, OS X uses a new icon format, meaning that very few websites support it for now — in my case, I have 7 pinned tabs and only Gmail features an icon. You can now mute tabs from the address bar as well.

I don’t use Mail, so I haven’t used the new features. Mail now has tabs so that you can draft multiple emails at the same time. The app should also work better in full screen mode. And many iOS 9 features are coming to OS X again. You can swipe on an email to archive or delete it. Mail will suggest you to add events and contacts based on the content of your emails.

The three other updated apps are getting the same features as on iOS 9 — Notes, Maps and Photos. In the Notes app, you can now make checklists, embed photos, add links and more. There is also a dedicated attachment screen. In other words, just like on iOS 9, Notes is no longer a text-only app, it’s a rich-text editor.

When it comes to Maps, Apple has added transit directions. This feature was clearly designed for the iPhone, but it’s nice to see that OS X isn’t left behind. When Apple removed Google Maps from iOS and switched to its own Maps app, many users missed transit directions. After acquiring Embark and Hopstop, Maps is rolling out transit systems, starting with New York City and London. When you plan an itinerary, Maps takes into account trains, subways, buses and walking.

I’ve tested the transit features in London on my iPhone and it works well. You can select between multiple routes, opt out of bus itineraries or choose to leave at a later time. The best part is that Maps shows you where the station exits are. While you will certainly be looking at transit directions on your phone more often than on your computer, you don’t want to have feature disparities.

El Capitan requires the same configuration as last year — if you are running Yosemite, you can run El Capitan. As always, it is a free update available in the App Store. After downloading the 6GB installer, the update process was quick on my machine. It took me around 25 minutes.

Named after a mountain within Yosemite, El Capitan is an evolution of last year’s Yosemite. If you’re updating from Yosemite, you’ll feel right at home. Yet, everything seems to work slightly better.

This is a polished version of OS X packed with many interesting features. It doesn’t look like Apple wants to merge OS X and iOS, which is a good thing. These two operating systems are two very different beasts, and many rely on both.

But it will be interesting to see what’s next for OS X. El Capitan is a nice stop in Yosemite to enjoy the view and catch your breath. But we’re halfway there. 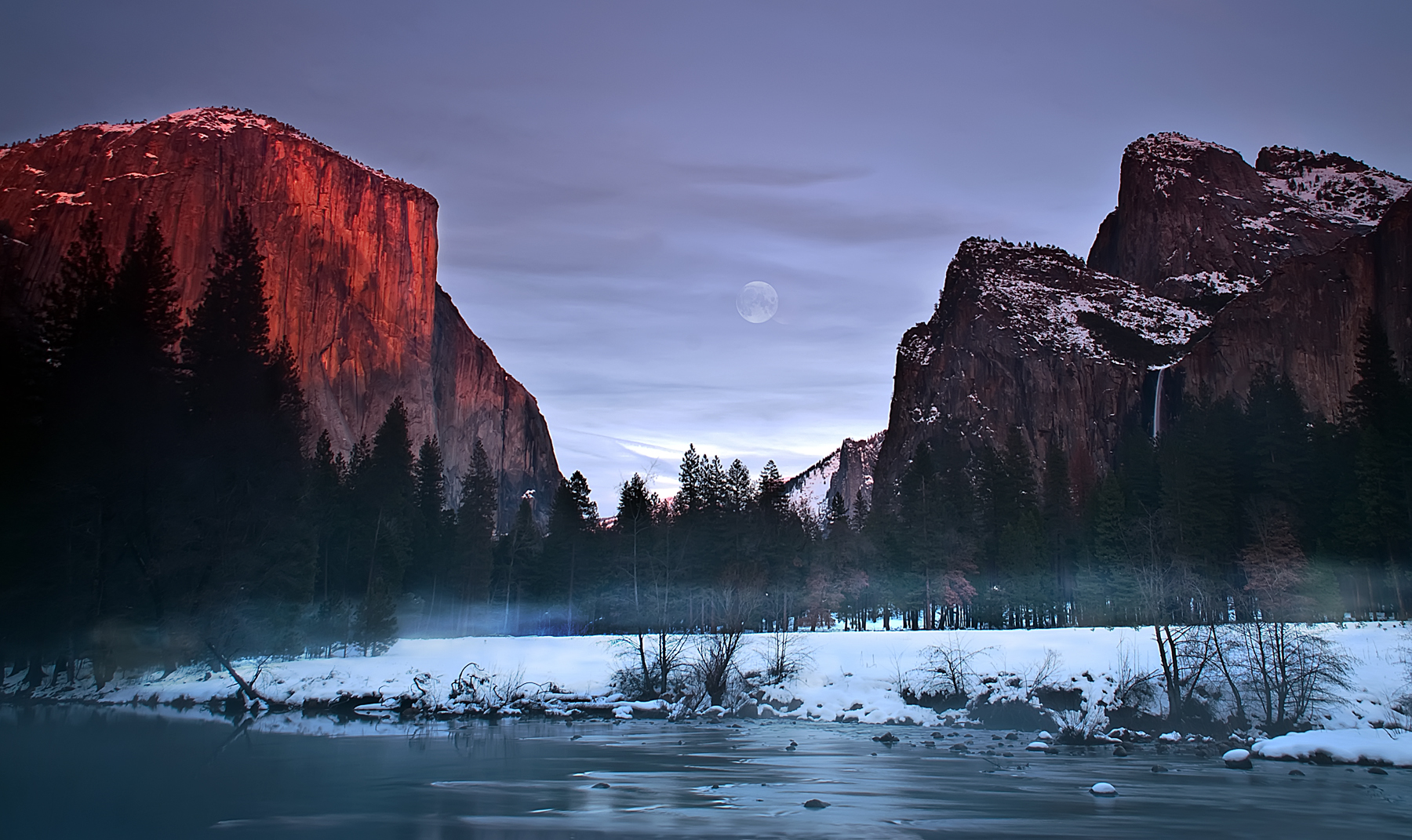 Bottom photo credit: Anita Ritenour under the CC BY 2.0 license