Mobile shopping app Ibotta, which got its start as an alternative means of saving money while grocery shopping without having to clip coupons, has now closed on $40 million in Series C funding to continue to scale its business. A testament to building something practical and useful for the everyday consumer, Ibotta has seen over 10 million downloads to date and a user base that has saved a combined $40 million in awards.

The funding round was led by Jim Clark, founder of Silicon Graphics and Netscape, and an Ibotta board member. The additional funding brings Ibotta’s total raise to date to $73 million.

The app initially grew in popularity among the devoted couponing crowd, who often took advantage of the savings it offered to augment the savings they received from other paper and digital coupons. But Ibotta’s real strength is that it lets shoppers get cash back – not points or credits – without having to get out scissors and clip coupons from local newspapers and other circulars. By shifting the “coupon clipping” to mobile, Ibotta makes sense in a world where newspaper subscriptions are on the decline.

Instead, Ibotta users save by engaging with the brands the company has partnered with by tapping on items listed in the app. They then interact with the brand in some way – answering a trivia question, learning a fact, watching a video, taking a quiz, sharing something on social media, and more. Savings on the items tend to range from $.25 to over $1, depending on the deal. A newer feature in the app let you create a shopping list and then have Ibotta find you matching deals.

When the shopping trip is complete, users scan barcodes and upload photos of their receipts to verify their purchases. It can be a tad time-consuming to use Ibotta, I’ve found, which sometimes puts me off from using it. But arguably, the app is less time-consuming than physically cutting coupons. And because you can pick up your savings after your trip to the store, there’s more flexibility with Ibotta compared with paper coupons.

While Ibotta’s main focus has been on grocery (CPG) coupons, the app today offers savings at over 500,000 stores across the U.S. including drug stores, Walmart, Target, Best Buy, 7-Eleven, and more. That equates to 1,000 different brands advertising on the platform, Ibotta founder and CEO Bryan Leach says.

In addition, he tells us that Ibotta’s users are fairly active, too. “Users are now opening and using the app 25 sessions per month, which is one of the highest frequency rates in the U.S for any mobile app,” he notes. Plus, average session lengths are now over 4 minutes long.

Ibotta is regularly a top 20 Lifestyle app on the iTunes App Store, and is currently ranked No. 3 in that category and No. 28 Overall – a more than decent showing for a mobile savings utility. 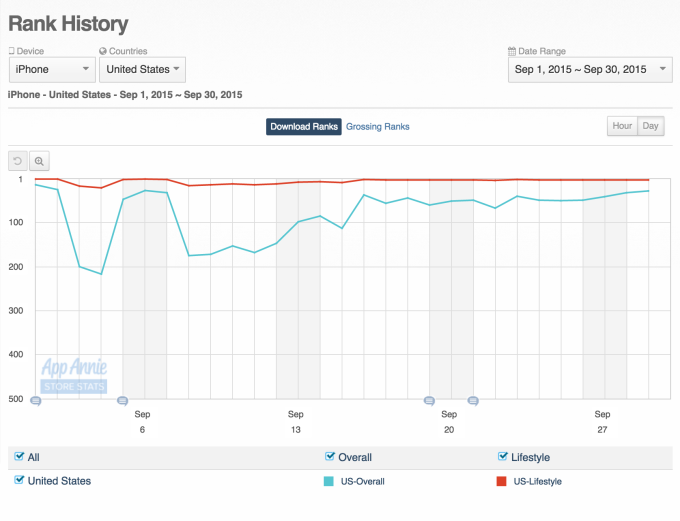 But Ibotta is not without its competitors. Groupon entered this space last fall with Groupon Snap, and others also cater to mobile couponers, including Favado, Shopmium, SavingStar, Checkout 51, Coupons.com, SmartSource, and more.

Before year-end, Ibotta plans on shipping an updated version of the app that personalizes the content and offers an improved user experience, the CEO says.

Leach adds that the funding will be used to grow Ibotta’s user base and expand its team, now 105, mostly based out of the company’s Denver headquarters. Ibotta is also focusing on new lines of business, including media businesses and “Ibottalytics,” an analytics service offering consumer insights and market snapshots.