I was hoping I might walk away from my short test drive in Tesla’s Model X without the desire to throw down $130,000 I don’t have… Alas.

After years of the Model X being seemingly right around the corner, the first few cars are being delivered to drivers tonight. I got to take one for a spin — and yes, I got to stomp the gas pedal.

I won’t go too deep here, as I didn’t get nearly enough time with the vehicle to do a full review — just a few laps around a track at breakneck speeds and a bunch of time poking around the interior and those crazy, crazy doors.. My opinion so far, though? The Model X is, in too few words, bad ass.

It’s spacious and comfortable like you’d expect of an SUV, all with a center of gravity low enough that it feels like driving a car much smaller than the Model X actually is. It actually feels really, really, really similar to driving the Model S. 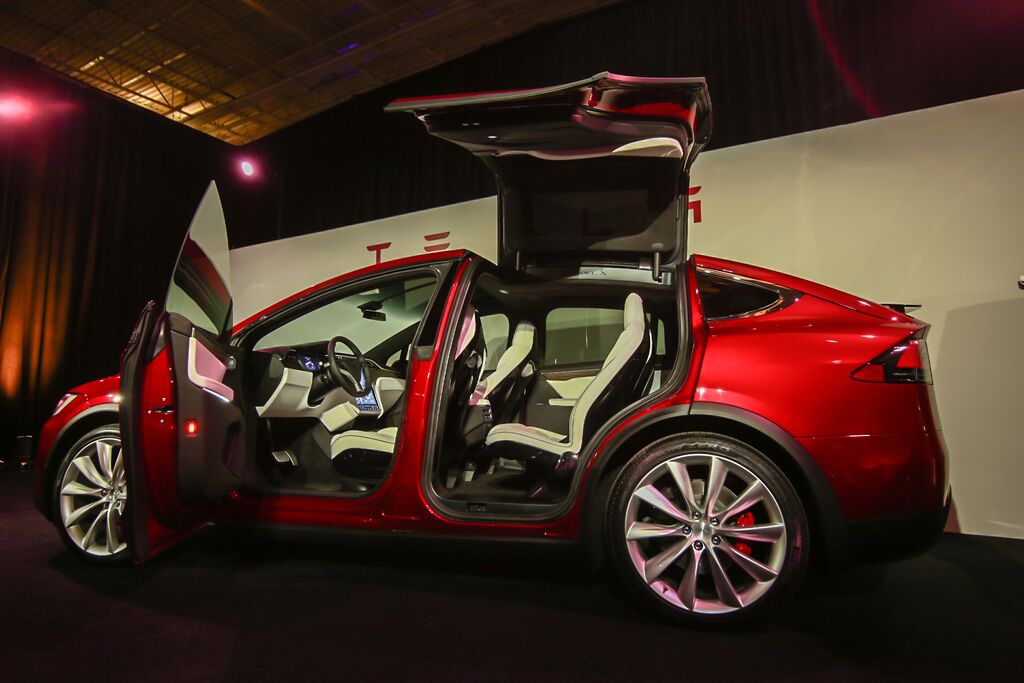 Oh, and yeah, it’s faster than any car this big has a right to be. It hits 0-60 in 3.2 seconds — just a few tenths of a second slower than the Model S, which is one of the fastest accelerating production cars in the world.

The Model X’s most obvious unique feature, particularly from the outside, is its rear, vertically opening doors — or “Falcon” doors, as Tesla calls them. As you (or your sugar-crazed kids) go to throw the back doors open, built in sonic sensors measure the distance between you and the car beside you and actively adjust the path of the door to allow them to open as quickly as possible without colliding into the car next to you.

As you approach the car with key in hand, the driver door opens automatically, sensing and stopping for anything it might hit. When you sit down and tap the brake, the door closes behind you. 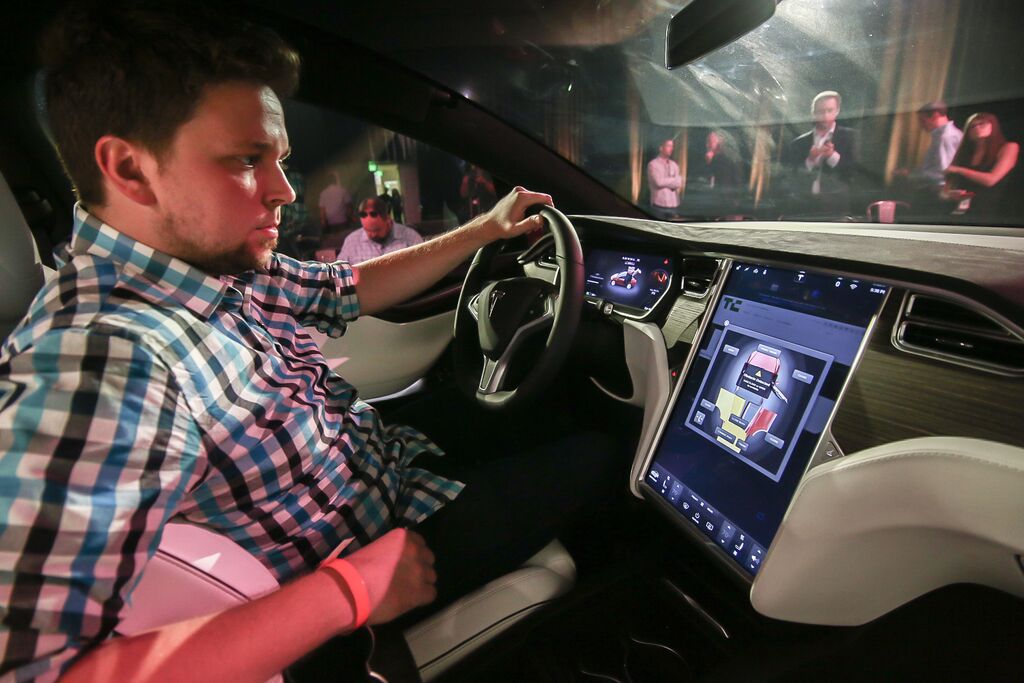 The massive in-dash touch display feels just like that in the Model S, albeit with some slight spec improvements to improve clarity and touch sensitivity. I was hoping it’d be markedly snappier than the one found in the S, and have more internet radio options (like Spotify or Apple Music) — but so far, at least, no luck there.

The center console — something I disliked in the S — has been much improved. They’ve dropped the open trench/compartment that sits between the driver and the passenger in the Model S, replacing it with enclosed storage. There’s even a nifty little “blind dock” (microUSB or lightning) that you can slip your phone into without taking your eyes off the road. There are USB chargers in each row of the vehicle to keep your kids staring at their phones in the back row.

The second row of seats can lean pretty far forward forward, but can’t be folded all the way flat; a bummer if you want to use the vehicle’s bed for moving huge items, but not a deal breaker for most.

At a price of at $130,000 (as configured; prices for other models besides the P90D will presumably come later), this Model X isn’t something everyone can/should/will rush out and order. But if you’re considering it or have already pre-ordered one, I found little to fault it for in my fleeting time with it.