As expected, Google today announced a new version of its Nexus 5 Android phone, the successor of what has likely been the most popular of the company’s Nexus phones.

The LG-made Nexus 5X has a 5.2-ich display and is powered by a Qualcomm Snapdragon 808 processor with 2GB or RAM and sports a 5.2-inch display with a 1080p resolution. That’s a slightly larger screen than the old Nexus 5, but the resolution hasn’t changed. The battery has a capacity of 2,700 mAh.

Google will now also offers its own Apple Care-like program. For $59, you can extend your warranty and protect your phone from accidental damage for an extra year.

The phone will run the latest version of Android (Marshmallow) out of the box and should work on the networks of all U.S. carriers. 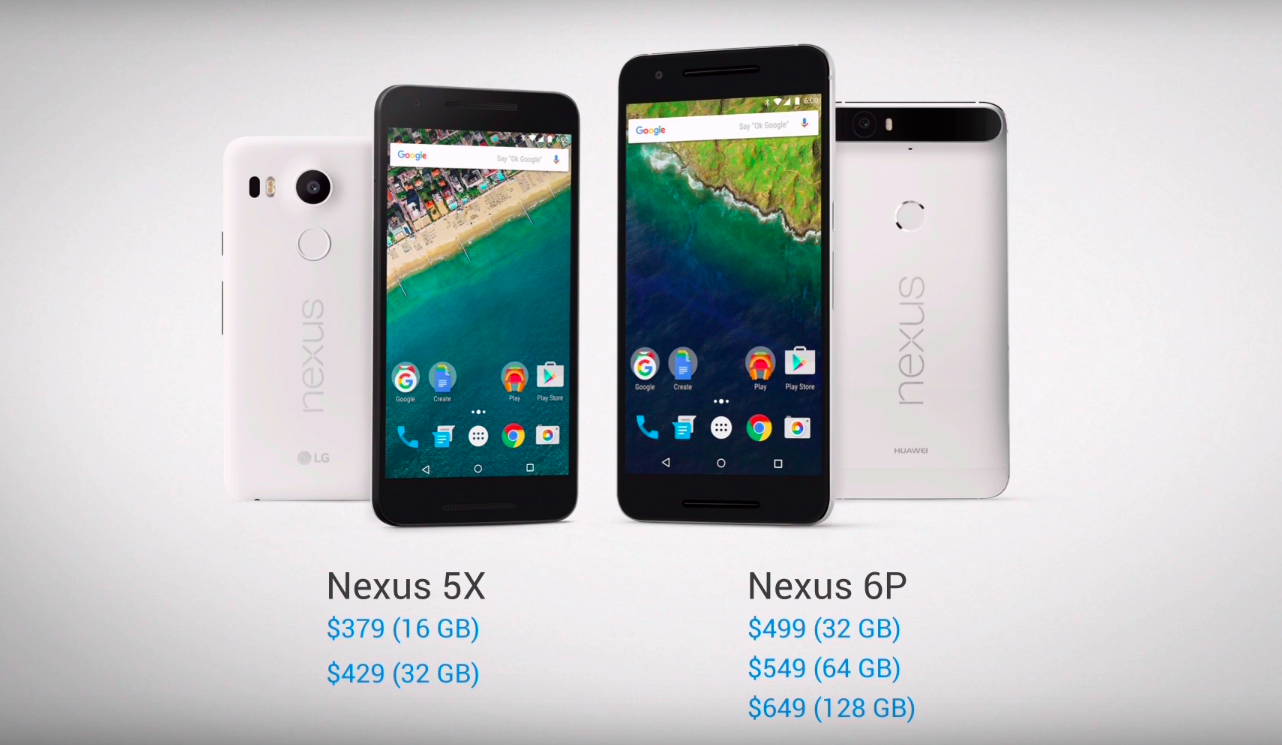 The camera was always one of the Nexus 5’s weakest points. The new Nexus 5 now sports a 12.3-megapixel camera in the back (up from 8 megapixels in the old model) and a 5-megapixel camera in the front. Together with Google’s improved camera app, this hopefully means that you can now actually take good photos with the new Nexus 5. But given how often we’ve been disappointed by Nexus cameras, we’ll withhold comment until we get our hands on a review unit.

The camera will support slow motion videos, too.

As expected, the 5X also features a fingerprint scanner on the back. Android Marshmallow is the first version of Android to support fingerprint scanners out of the box, so it always seemed very likely for the company to offer this feature in its new Nexus phones.

The Nexus 5X will use the new USB-C connector for charging. USB-C can transfer data faster, but more importantly, it can carry more power and, hence, charge your phone faster.

Google was involved in creating this new standard and first introduced USB-C support in its latest Chromebook Pixel. Apple, too, has jumped on the USB-C bandwagon, though it’s currently only using it for its small Macbook — not for its phones.

There are still some Nexus 5 features Google hasn’t talk about yet. We expect to hear more about them later today.