Welcome to the future of the internet, where the web has disappeared.

Technologies only become truly integrated into society when they move from requiring forethought to becoming an afterthought. It’s the progression of all innovations and it’s now happening to how we experience of the internet.

What was once a deep system to search has slowly evolved into a system that pulls personalized, ambient information to a single layer we skim.

We’ve moved from surfing and searching to glancing. This will be the experience of the next web, where information is aggregated propelled by API’s and deep linking — and it’s going to

The Three Eras Of The Web

The first era of the consumer internet was the era of portals — the internet as a web based magazine. We simply took the information that had once been printed on paper and placed it on screen, saving it as documents and arranging information in directories much like filing cabinets.

Editors and journalists were in control, little in information architecture changed from the old world, except distribution. Content became directory-led, portals became the front page of the internet. We’d taken pre-digital world structures and replicated them.

The second era was one of search, the search bar as the new gateway to the internet. For the first time we were now in control, Microsoft asked “Where do we want to go today?” and PageRank from Google became our guide.

Information wasn’t pulled through to us, we had to go find it, but everyone could contribute and the popularity and depth of what was available exploded. This was the era of the deep web, content hidden in messy structures, but pulled up from the depths based on complex search algorithms. The Internet in this era became surfing, where we swam amid waves of information, swooping down with the right wave to ride.

Today we’re living in the third era, a hybrid, which includes a curious mixture of Web 2.0’s promise of scraped content pulled from various deep sources (with search as the homepage) and augmented by social and algorithmically driven curation via Facebook, Twitter and Google. Furthermore, on mobile we’ve apps, which are best described as micro-portals extracting personalized information and presenting it to us in a closed ecosystem. 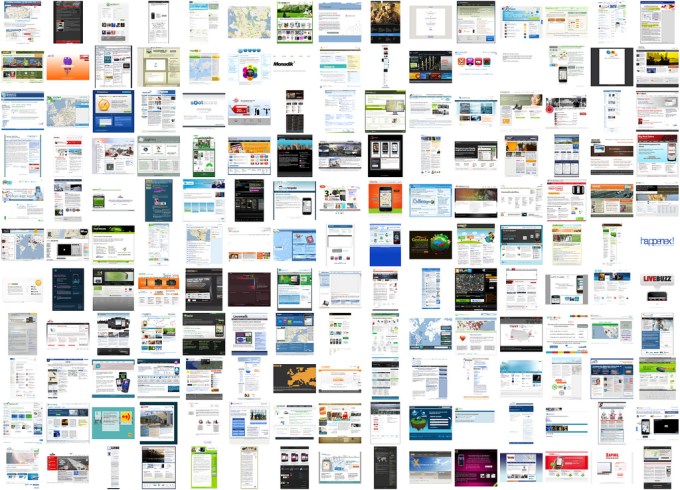 The Fourth Era Will Be The “Thinternet”

Technology is driving behavior change; mobile phones have become the default screen for web access and apps have shifted to become our primary consumption mode.

The next era of the web stems from this environment. It will be a time where ubiquitous connectivity, and universal digitization, presentation, and aggregation take place in parallel and cross-pollinate to produce an entirely new web experience.

Universal Connectivity And A Disappearing Web

Ask 30-year-olds how much time they spend online and it’s a big number, ask 18-year-olds and it’s greater still, but ask 12-year-olds and they can’t tell you, because, for them, there is no concept of online.

From Wifi in transatlantic aircraft, to 5G and Wi-Max, to Africa going online via smartphones, to ever smaller, cheaper, more abundant connected sensors, we’re entering a world where it seems literally everything is connected to everything — with rapid, always-on, cheap, abundance. The internet moves into the background, becoming a connective tissue to everything.

Everything Is Digital And On Display

For years, media was distributed on discrete, physical devices and each was aligned to an industry vertical and assigned a media channel. You watched TV on a TV, from a TV company paid for in part by TV ads, consumed a full range of news in a Newspaper, listened to the radio on a radio from a radio transmitter with radio ads.

Now everything has risen and is converging on the Internet. Channels become meaningless. The notion of TV becomes video. All screens are now black mirrors, but they’re proliferating, and becoming smarter. Car-based screens, wearables, tablets, phablets, photo frames: they’re all hyper connected offering interactive material pulled from the internet. Nouns like “Television” become as limiting and inappropriate as the smartphone is to the telephone.

As screens proliferate, verticalization (the hallmark of content before the Internet era), becomes a thing of the past. The Thinternet offers horizontal splicing. Content creators now see material navigated only at the aggregation layer. From Apple News to Facebook Instant, to Google Now, content is pulled to you. TV channels unbundle before deep-linked search selects material like Siri on the Apple TV. Welcome to a time where owning the thin customer interface becomes paramount, and content itself threatens to become a dumb pipe.

Glass screens become layers onto which personalized information is exhumed and projected. Browsers for devices become secondary or vanish, apps become the primary navigation. Information becomes presented in thinner ways, and the notification layer becomes a key place for simple interactions. For deeper interactions the internet is pulled through and personalized through a web of apps.