St. Augustine of Hippo said “the world is a book and those who do not travel read only one page”—-which is somewhat unfair to people who can’t travel because of financial or physical reasons. Georama wants to help them with its virtual-reality travel platform, which offers live guided tours in high-definition video. The startup, which already has an enterprise service, launched its consumer site today in Disrupt’s Startup Alley.

Online travel agencies have revolutionized the tourist industry and Georama now wants to do the same for online tours by becoming “the destination for virtual travel.” 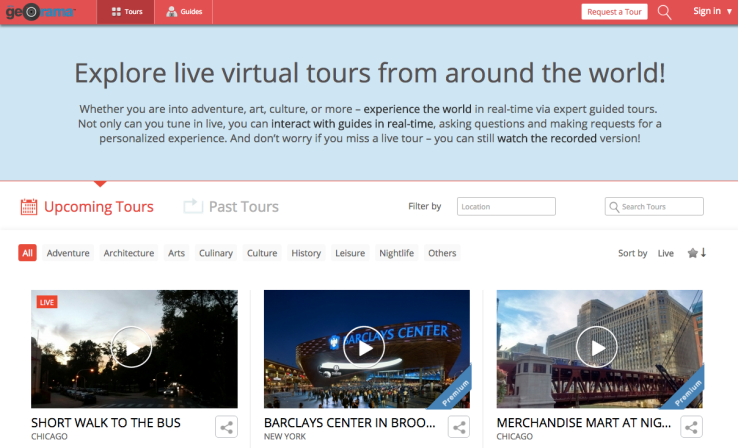 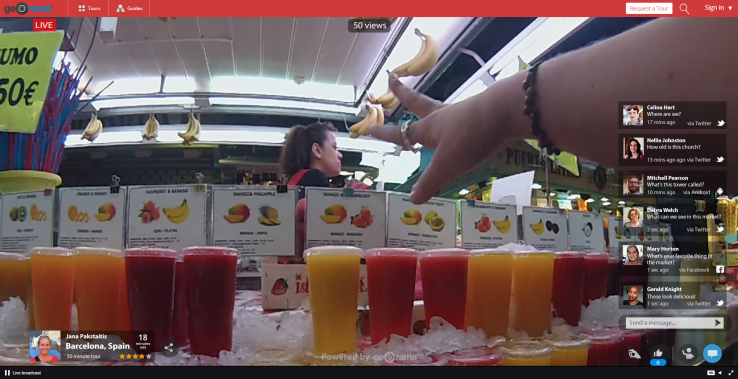 The startup has been around since 2012, when TechCrunch first profiled it. Back then, it was a map-based travel search site, but founder Nihal Advani says he learned out the hard way how tough it is to compete in the online travel planning industry. So Georama decided to focus instead on tours for people who can’t travel long distances, but still have wanderlust.

Its B2B platform’s clients includes several educational institutions, including colleges that want to offer campus tours to international students, and Lurie Children’s Hospital, which takes its young patients on virtual trips to zoos, museums, and other fun places. 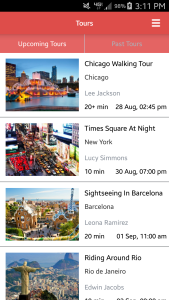 Georama’s consumer site functions as a marketplace for guides, who schedule tours and take stabilized HD streaming videos with Georama’s Android app (currently in private beta), wearable cameras like GoPro, and some 360-degree cameras. Tours are free to view, but users pay to ask questions or make requests, like asking guides to check out certain landmarks.

To be sure, there are already services that have high-quality online tours, like Arounder. For real-time tours, apps like Meerkat and Periscope are also potential competitors. Advani says Georama differentiates with its software, which uses low latency so people in areas with poor network coverage can still see HD quality live video, as well as its focus on becoming compatible with as many virtual reality headsets as possible.