Dave McClure is back on your TV this fall in yet another reality show focused on startups in Silicon Valley. Enter the ‘Bazillion Dollar Club.

Call it a sign of the times. In the last tech boom, people joked that when you saw someone build an incubator for incubators, things were upside down. Can you even name all the TV shows focused on the technology industry?

The founder of 500 Startups appeared in one of the first reality shows to highlight Silicon Valley culture. Bravo’s ‘Startups: Silicon Valley’ (not to be confused with the hit series ‘Silicon Valley’ on HBO) featured McClure in an episode where he took a meeting with brother and sister team and stars of the show Hermione and Ben Way.

Hermione kept to the often ridiculous episode scripts and ended up falling asleep under a table at the 500 Startups office. Bravo canceled Startups: Silicon Valley in the middle of its first season of drunken fights and dating drama that had not much to do with the actual reality of SF’s tech scene.

Ours is trying to be a little more real – less nightclubs and more about product and raising money. Dave McClure

McClure and his co-star, VP of hardware accelerator Highway1 Brady Forrest, tell TechCrunch this show is different. Bazillion Dollar Club runs up against another reality series currently airing on ABC Family featuring billionaire investor Tim Draper called ‘Startup U.’ Draper doesn’t like his show referred to as “reality TV” and calls it a “docu-series.” But it’s full of the same reality show antics often seen in these types of programs – including a Draper body-double repelling off the Draper University building and a husband and wife team who must figure out how to share bunk beds in the first episode. 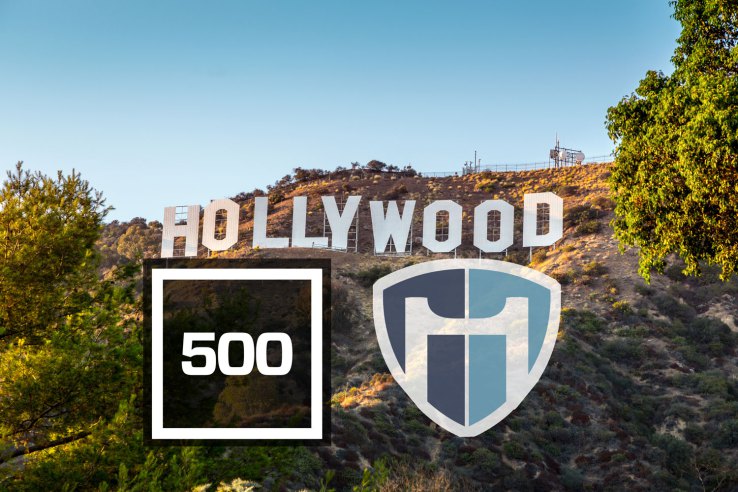 “Ours is trying to be a little more real – less nightclubs and more about product and raising money,” McClure told me over the phone between shoots.

Forrest agreed “Startups, you don’t have to manufacture drama. They’re already making tough choices with very little money that’s going to run out in a couple of months.” he said. “These are real companies.”

The show follows a mix of startups from 500 and Highway1 as they struggle to gain traction and raise money. There are six startups in the series, one startup per episode.

Forrest claims he doesn’t have a favorite, but one of the episodes he’s most excited about is the one featuring Fishbit – a startup that monitors the pH, lighting, and other activities for fish tanks. “Their episode is about delivering 30 Kickstarter beta units,” Forrest said. “Everybody thinks Pebble going and launching these Kickstarters and making millions of dollars. Most Kickstarters don’t do that.”

Whether that is riveting television to you or not, there’s an increasing interest in putting a lens on Silicon Valley. Geek has become mainstream and tech is cool. “People want to know how do these people live. What do they do in their day to day lives,” Forrest said.

Pitches for shows come to Highway1 from various production companies at least once a month, according to Forrest. He said he chose to go with Zero Point Zero because “they aren’t going to do an off-the-island bullshit story” and it was partnering with SyFy.

“When you see other Silicon Valley reality shows you don’t actually see how the product is made. You get this great, drama-full moment which is awesome. It’s pretty magical to watch. But it doesn’t represent the tough decisions, the doubt, the lucky breaks leading up to it and that is what we show with the show,” Forrest said.

The Bazillion Dollar Club premieres September 22 on SyFy. You can check out the trailer for the show below: