One of the biggest topics in tech over the past year is virtual reality. This is one of those technologies that we’ve talked about forever, but it never quite got to consumers. That’s changing, and there’s a lot of money flowing out there making sure of it.

At Disrupt, I’m going to be talking to some of the leaders in the virtual reality field for a panel we’re calling: Virtual Reality Is The New Reality. Catchy, right? It looks like we’ve made it past the “Google Glass shower moment” for VR, so this one’s safe.

We’re going to be covering: the opportunities in virtual reality for both developers and consumers, how it could change the entertainment, healthcare and education industries and a little “state of the union” of VR. 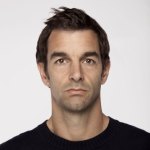 Claude Zellweger is VP of design at HTC and oversees the design of the acclaimed HTC One smartphones as well as HTC’s emerging devices, most notably the industry defining VR system, the HTC Vive.

Claude joined One & Co. as Partner and Creative Director in 2001, and helped to grow the firm to become one of the Bay Area’s dominant design forces. Industry leaders like Nike, Facebook, Google, Microsoft and Sony turned to him to lead the development of their branding and design. In 2008 HTC acquired One & Co and its international team of innovators. As HTC’s creative director Claude played a central role in turning the brand into a global design powerhouse.

Claude, who was born in Switzerland, believes that by making the complex simple, the designer is able to provide relief for tension. This point of view developed during Claude’s work for Silicon Valley firms IDEO and Pentagram Design. Claude has a degree in industrial design from Art Center College of Design. He is a regular lecturer and design spokesperson for HTC and currently lives in San Francisco.

Richard Marks is a Senior Researcher for Sony Computer Entertainment America’s Research & Development group. Inspired in 1999 by the unveiling of PlayStation 2, he joined PlayStation R&D to investigate the use of live video input for gaming and develop new interactive user experiences.

Since joining SCEA, Marks developed the technology for the EyeToy camera, working closely with the Sony London Studio. He later helped create the PlayStation Eye camera and a computer vision SDK for the PlayStation 3. Concurrently, he explored the use of 3D cameras and the new experiences they could enable. Most recently, Marks has helped develop the new motion controller, PlayStation Move, which combines both visual and inertial sensing to enable 3D interaction. 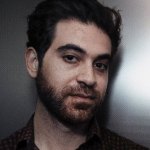 Felix & Paul Studios is a creative, production and technological leader in the field of live action virtual reality content creation. They have developed proprietary 3D 360° live action virtual reality recording technology – with an intent to create unprecedented experiences of presence, to capture and preserve moments of reality, and to expand the storytelling and experiential boundaries of this new medium.

Join us on the 21st at 2:00pm PT, won’t you? No need to grab your goggles, we’ll be chatting in reality reality. Tickets are still available to see this in-person and you can get yours here.