Chris Quintero Contributor
Chris Quintero is an associate at Bolt, a seed-stage fund that invests capital, staff, prototyping facilities and expertise in startups at the intersection of hardware and software.
More posts by this contributor

While many angels and VCs are still skittish about hardware startups, there has been a massive renaissance in the hardware-funding ecosystem over the last few years. Since 2010, venture capital investment in hardware startups is up more than 30x. 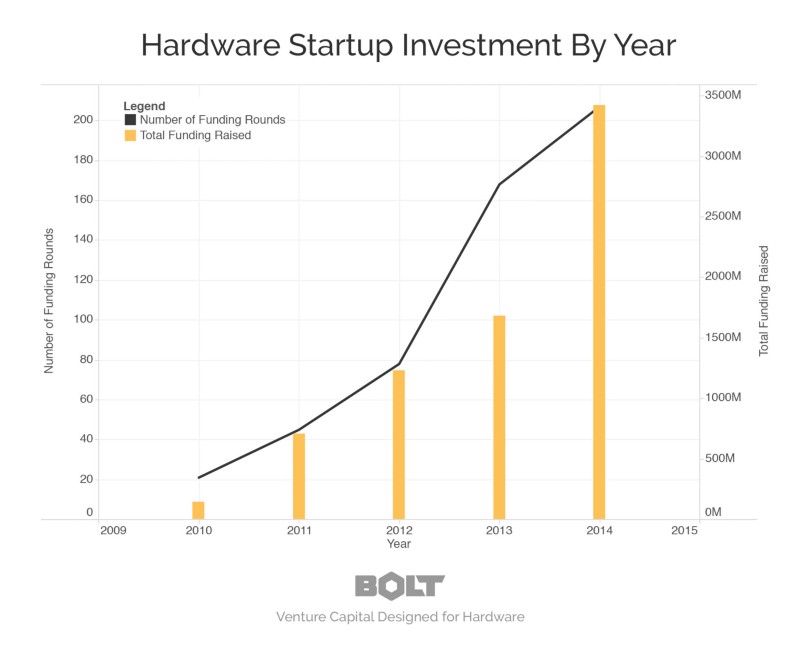 Hardware/connected device companies who have publicly raised $1M or more from institutional VCs or angels.

With this explosion in hardware funding, one of the questions we get all the time is, “Who else is investing in hardware?” We generally think about private hardware investors in three buckets:

Where Is All This Activity?

The number of funded, connected hardware startups in the Bay Area (who have publicly raised $1 million or more) currently sits around 110 by my count. Boston and NYC (which are about equal) are one-third of that. Los Angeles and Boulder/Denver are one-third again of Boston and NYC. By aggregate dollars raised, however, San Francisco completely dominates; it was almost 5x Boston in 2014 and more than 10x NYC and Boulder. Everywhere else (including internationally) is a rounding error with a few very notable exceptions (Xiaomi, DJI and Magic Leap, in particular). 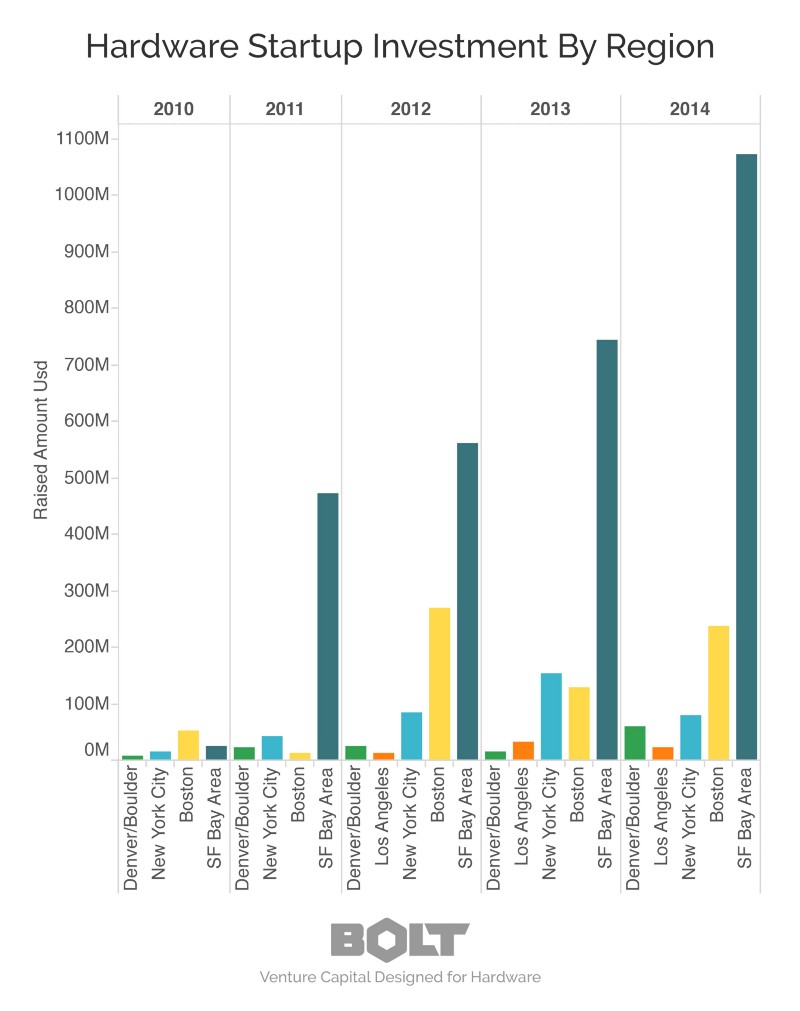 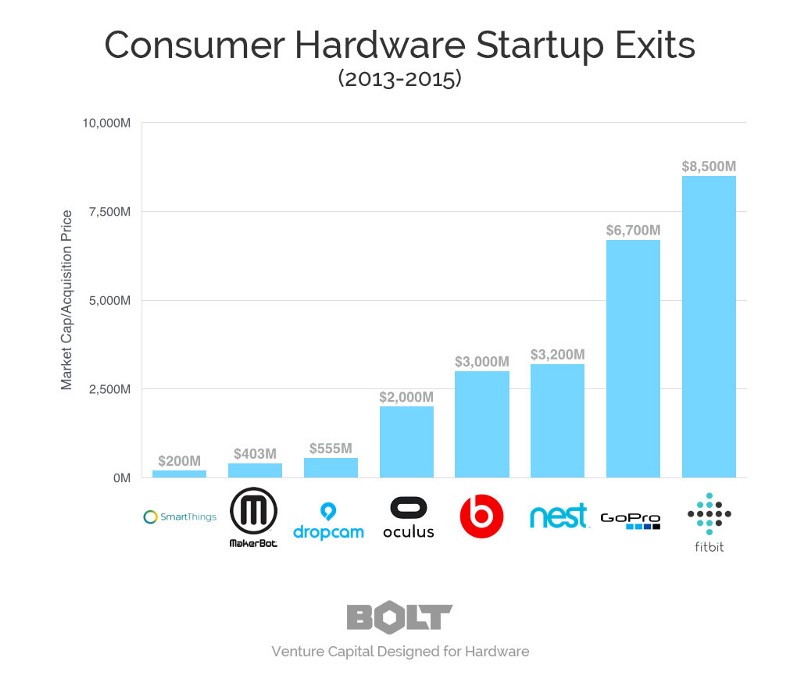 A few breakout companies have paved the way in proving that hardware companies can be tremendously profitable. Distribution and manufacturing are still hard, but GoPro and Fitbit have shown that hardware can have stronger growth metrics and outcomes than their software-only counterparts.

While traditional hardware companies have few feedback loops besides revenue and returns, connected hardware startups get constant feedback on product usage, retention and churn. This speeds up iteration cycles and helps investors (who are already comfortable with SaaS) understand younger hardware companies without as much sales traction.

Most hardware products struggle with commoditization and low margins over time. Today’s connected hardware products are often a Trojan horse for software. Software that is harder to replicate can increase switching costs and provide more opportunities to interact with customers and build brand. The upshot is a higher customer lifetime value, either explicitly through recurring revenue (Dropcam) or consumables (Kindle).

While the past few years have been banner years for venture capital investment, the connected hardware ecosystem has seen particularly explosive growth in both the number of startups and the receptiveness of VCs to funding them. This is driven by decreased development costs, shorter times to market and a shift in hardware business models away from commoditized consumer electronics to recurring revenue and software services.

This year is on track to surpass 2014 in both number of funding rounds and aggregate investment, although growth is leveling off as a number of hardware categories become saturated and the ecosystem figures out who the winners are. As the hardware community evolves, there are a number of sectors where we’d love to see more hardware startups working.