GDGT co-founder, Engadget founding editor and VP of Product at AOL, Ryan Block is leaving the company for parts undisclosed. Block came to AOL with the acquisition of GDGT in 2013 and has headed up AOL Alpha in recent years.

Block’s GDGT co-founder Peter Rojas recently left AOL for betaworks, where he is an EIR.

“The opportunity to build a new products lab at one of the big internet companies of our day is a serious privilege. I have to tip my hat to Luke Beatty, who put a lot on the line to make Alpha a reality. Building it from scratch has really been a highlight for me,” said Block in a text message in a Gmail tab because I refuse to download a standalone Gchat client. “Alpha’s second batch of products is also well on its way, and Sage, maybe our most ambitious new app, will ship in beta this fall. I can’t wait to see it all launch.” 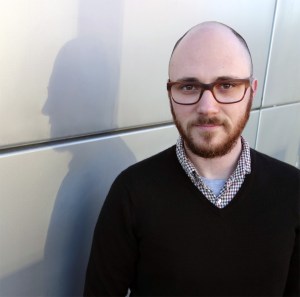 Block says that Drew Lesicko will be heading up Alpha, and that Mike Cosentino and Evan Fribourg will continue to lead Alpha’s design and tech efforts.

“Ryan is a great entrepreneur. Aol has acquired two of his companies, so naturally we’re all looking forward to learning about his next big effort,” said Aol President of Media Brands Luke Beatty in a statement.

Block acknowledged a desire to build something new as his primary driver in exiting Alpha. “I’m someone who’s really stimulated by learning new things and personal growth, and being in startup mode is the most ideal environment for that. I’m also very excited to focus on some personal passions in product spaces outside of Aol’s palette.”

I asked Block what he wants to do next, but he has apparently been reading some Phil Helmuth self-help guides and was suitably cryptic.

“I’m not entirely sure yet, but I’m tinkering on some ideas with some friends, and we’re going to see if there’s something that we’re all passionate about building,” Block generously commented to us, despite TechCrunch once reducing him to a generic tech blogger in a story about his one-man battle to disconnect his Comcast account.

“That’s not to say I’m looking to build another product lab — I believe singular focus is unbelievably important for a startup — but I also think that everything starts with putting together an amazing, high-functioning team of incredibly talented individuals, and I couldn’t be any more excited to be working with these folks,” he said, without saying who those folks are and without blinking, I’m assuming, as his text appeared very stoic.

Alpha is AOL’s experimental arm which has generated consumer apps like Pip! and Starlike as well as internal-facing products. Block’s blog post on his new thing is here.