Dan Kaplan Contributor
Dan Kaplan helps startups craft stories and build marketing funnels that attract and close more customers and recruits. He blogs about marketing and growth at Threadling and is preparing to launch Dispatches From The Future, a podcast about the future of humanity.
More posts by this contributor

Indeed, if Facebook can successfully scale M to its entire audience (and WhatsApp’s, as well), this new product represents a direct assault on search and AdWords—the lifeblood of Google’s business.

To understand how a digital personal assistant that lives inside a mobile messaging app represents a disruptive threat to Google, let’s look at why Google is in this situation in the first place.

The recently-Alphabetized technology behemoth has built a mega-business around AdWords, and for most of the history of this businesses’ existence, it’s been generating billions and billions of dollars of delicious profit.

Indeed, Google’s core business is so profitable that it almost singlehandedly fuels all of Google’s wildly-ambitious and occasionally-awesome forays into things like internet infrastructure, life extension, augmented reality, and self-driving cars.

The massive AdWords money machine is, of course, built on top of a remarkable search product that works so well and so fast that most of the internet-connected population of Earth relies on it every day to extract the information, products, and services they want or need from the the vast expanses of the web.

But therein lies the rub: somewhere in the recesses of its collective corporate mind, Google knows that keyword search—the current foundation of its empire—is not the future.

Indeed, as former Googler and current Yahoo CEO, Marissa Mayer, told John Battelle when he was writing a book on your friendly neighborhood search giant years ago, “search is only 5% solved.”

While Google’s search technology has incorporated YouTube, Maps, and Knowledge since Mayer said this, the statement is as true today as it was then: Google’s fundamental product experience still involves entering a few words into a search box and getting back a list of relevant links.

Because Larry Page and Sergey Brin are visionaries, they know that the next-generation solution to the problem of search looks less like a clickable list of links and more like a primitive Star Trek computer or an early version of the A.I. from the movie Her.

But massive ships with hundreds of billions of dollars in market capitalization are hard to turn.

Like Google today, the search engine of the future will be able to mine the vast expanses of the internet for relevant information and deliver it to you in milliseconds.

But much unlike today’s Google, the future’s search engine will behave like a digital personal assistant that can understand and predict your needs, then deliver on them without requiring you to navigate to any web pages or tap around a bunch of apps.

When you do ask for something, this search engine will not respond with a list of blueish links. Instead, it will respond with a definitive result or a completed task. When it doesn’t have the definitive result or can’t complete the task on the first pass, it will ask you further questions to get closer and closer, until the machine gets it right.

To make this concrete, here’s a couple of sample interactions with the search engine of the future: 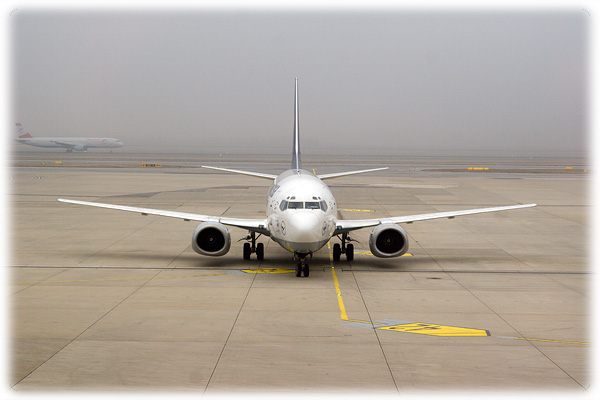 Future Search Bot: Hello Dan! You have a flight to New York that boards in 90 minutes, and traffic to SFO from your current location is unusually bad right now. Would you like me to call you a Lyft now so you get there on time? Future Dan: Yes, that sounds good. Search bot: Great. It looks like you’re at the office. Is that where I should send the car? Dan: That’d be perfect Search bot: Great. Shall I put it on your personal AmEx, then? Dan: Actually, use my debit card. Search bot: Done. Your car will arrive in 2 minutes. 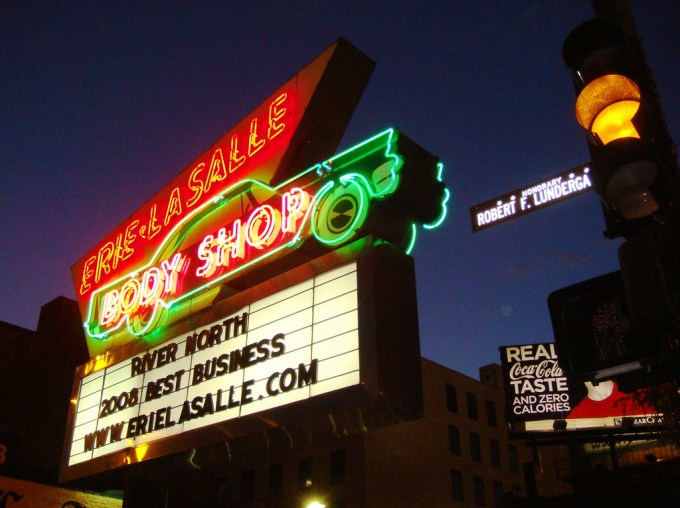 Future search bot: Hey Dan, your car is reporting that your brake pads need replacement. Would you like me to schedule a service appointment? Future Dan: Good call. Please do. Search bot: Sure thing, Dan. There are five mechanics within a 1.5 mile radius of your house that have good reputations. Shall I get you quotes from them?” Dan: Sure. Search bot: Looks like Jay’s Auto will be the most affordable option, but they don’t have available appointments until Thursday at 3:30pm next week. Jim’s Garage is $30 more, but can take you tomorrow at 11:00am or 2:30pm. Do you have a preference? Dan: Let’s go with Jim’s at 11am tomorrow. Search bot: I’ve booked you at Jim’s Garage at 11am. I’ll let you know tomorrow morning when it’s time to leave.

The future of search looks a lot like Facebook’s M

We’ve known for a while that Facebook has been investing heavily in deep learning and other forms of A.I.

But until last month, we didn’t know what all the rumpus was about.

Now we do: Facebook is testing an A.I.-powered personal assistant inside of Messenger, itself. This assistant can book appointments, order gifts, make restaurant and travel reservations, and more.

Without search and mapping technologies and access to your calendar and inbox, Facebook’s A.I. assistant won’t be able to do all of the things in the scenarios above, but M is officially a contender.  To understand why M (and products like it) pose a threat to Google, it helps to consider why AdWords became such a valuable asset in the first place:

On the internet, search has long been the most direct bridge between someone’s intent and the transaction where that intent is fulfilled.

This transaction could be something free, like reading an article or blog post, where attention is the currency being exchanged.

It could also just be paid: buying a product or service right from the web.

Because Google controls the middle of the bridge between your intention to transact and the final transaction, it can charge businesses who want a piece a very high toll. “Want to capture that lucrative intent? Pay me.”

But an A.I. personal assistant that goes out and completes transactions for you disrupts that entire process.

If you can simply tell a digital assistant to buy you tickets to a movie, order you a pizza, schedule a car repair, or even get you an insurance quote, there’s no longer any need to click a link or navigate to a webpage.

Without a page of links between your intent and the transaction, there’s nowhere for AdWords to show up!

Facebook’s M is just one of the contenders for the future of search. Will Alphabet/Google be among them?

I don’t know what mandates Larry Page gave to Sundar Pichai when he handed him the keys to Google, but I’d be surprised if they included disrupting AdWords.  And given that Google Now’s team flew the coop because their product got de-prioritized, it’s not easy to see how Pichai’s Google is going to produce the future of search on its own.

Along with Facebook’s M, that leaves us with a few potential usurpers:

Of course, the big name I left out of this list is Alphabet—the massive, multi-armed conglomerate formerly known as Google.

Though a complete corporate restructuring was a bold, even risky move, it also might be the best chance Larry and Sergey have at disrupting AdWords and owning the future of search.

There is no question that the founders of Google have an expansive vision. They are going after so many huge bets, and many of them have the potential to bring remarkable new technologies into the world.

But it’s not yet clear if Larry Page and Sergey Brin would be willing to invest in an Alphabet spin-off that threatened to kill their golden goose: the risks are just so big, and the scale of the rewards so uncertain.

Meanwhile, Siri remains a wildcard, Facebook is testing M, Microsoft is bringing Cortana to Android, and Slack is making a long-term run at the A.I. assistant game, too.

This is why they call it a dilemma.