Cinemacraft, the Japan-U.S. company that provides interactive online video technologies, has launched a series of news tools aimed at giving broadcasters and brands new ways to boost engagement on their clips, beyond just relying on repositories like YouTube.

Rather than trying to replace YouTube, Vimeo and others, the company complements these services and caters to specific broadcasters, such as movie publishers or multi-channel networks, who are looking for a different way to engage viewers that’s more in line with social media.

The company, which is actually rebranding to Videogram — the name of its product — raised a $3.9 million Series A funding round this January, and founder Sandeep Casi told TechCrunch that the new products are a result of feedback that it has seen, particularly from MCNs, over the course of 2015.

Videogram has long offered ‘interactive’ video embeds, which show multiple frames from a clip rather than a single thumbnail to entice a viewer in, but it has now launched a new card format that takes things up a notch. Videogram embeds remain free to deploy anywhere on the web, but many content producers found that they needed something that was more specific to the demands of social media.

Each is comprised of an eight-second preview — a GIF, which autoplays on Twitter and Facebook — that is automatically assembled by Videogram’s engine and changes based on interaction. 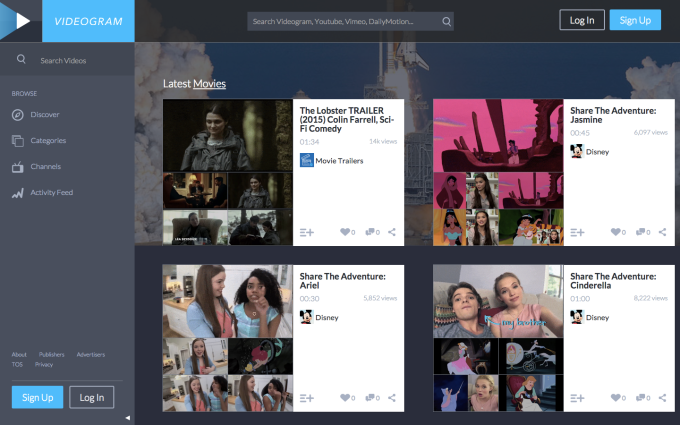 “Each card is adaptively learning, so when people share the video, it keeps track and reformats the preview based on what people are looking at,” Casi said in an interview. “That helps enable discovery to happen — even if you watch it now, the content might have changed a week later.” 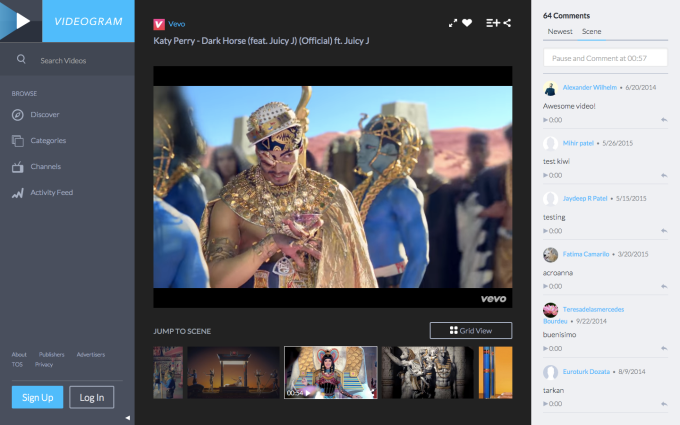 That additional opportunity for interaction, Casi explained, was something many Videogram partners requested.

“Publishers have been asking for a landing site since traffic would go to the embed and then disappear after. They began realizing it wasn’t sticky,” he said, emphasizing that the new format could help convert casual wanderers from social media into more engaged viewers.

Finally — because news comes in threes — Videogram has also launched a new search and channel option. While that may rival YouTube, Vimeo, Vine and others by serving up content for consumers, those platforms are so established it isn’t a contest. Instead, Videogram is focused on publishers who, Casi said, are sick of managing videos across multiple sites and want a centralized location for everything video-related. 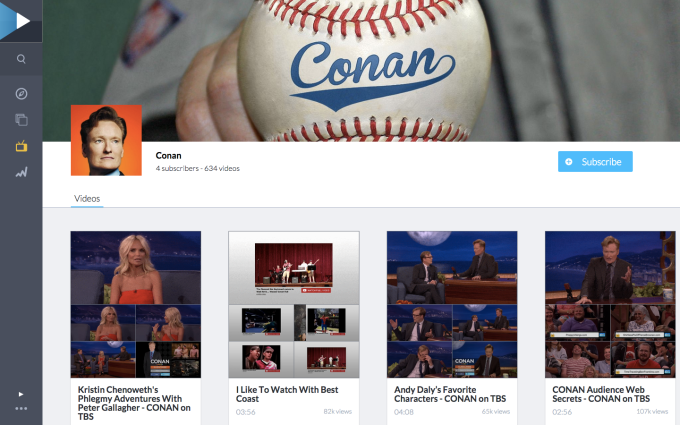 Putting all your content in one place makes sense for specific brands or broadcasters, for example all of the pre-launch clips for a film. Each page can be whitelabelled, too, which makes it an interesting option as an interactive extension of a website or promotional microsite. Consumers can not only search, but they can also create their own Videograms which show up on the channel — Casi again points to new engagement potential. Videogram said it is bringing on broadcasters from across these channels, and has also signed up four undisclosed MCNs to produce white label sites.

Fans may have noticed that the Videogram iOS and Android apps have left their respective app stores. This is only temporary, and Casi explained that they are being outfitted with the new design to match the web-based versions, which are optimized for mobile and smart TVs, too. The redesigned apps should return in the coming weeks, the Videogram CEO confirmed.