Playing cards, just like anything else, are ripe for disruption. I’ve purchased cards in airports, a CVS and the supermarket…but never online. That might change because of this Kickstarter. This is the biggest news since the Kevlar Pocket Square.

If you ever wondered what you’d do if someone pulled a gun on you as you were playing poker, wonder no more. A group called “Sly Kly” are seeing pickup on its playing cards that are made out of Kevlar or carbon fiber…your choice. These materials, as you probably know, can take a bullet. I’m not the only person who feels like I need this added protection, as they’ve already raised $40,371 as of writing (way past their $25,000 goal).

I’ve never shot a deck of regular playing cars, since I don’t really like guns and most certainly don’t have a gun, but I imagine that it’d put a hole right through every card. These Kevlar ones? Not so much. Have a watch as their deflection of bullets is put on display:

I’m sure Sly Kly doesn’t want to say that these cards could save your life, but if you were to happen to have them in a front shirt pocket and someone aimed a gun in your general direction from far away and fired it directly at the area where your cards were stored…they might save your life.

In reality, these cards won’t bend or tear like regular cheap playing cards and I assume that they’ll last much much longer. 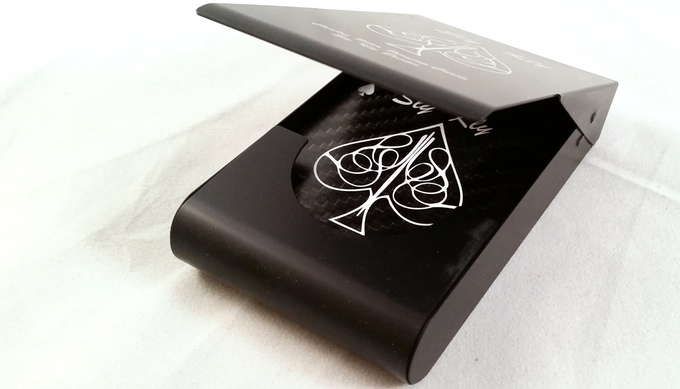