It’s no “street view for cats,” but Google’s newly launched Street View mobile app does promise to make it easier to explore Google Map’s immersive, 360-degree imagery as well as contribute your own photos to improve the overall Google Maps experience.

The app, which is actually an update and rebrand of Google’s older “Photo Sphere Camera,” combines the same feature set that was available previously, which included the ability to create panoramic “photo spheres” and share them back to Google Maps, along with new features, like an improved ability to explore photo spheres shared by others as well as browse through Google Street View collections.

As you may recall, Google introduced the Photo Sphere Camera just over a year ago, with the goal of giving users a fun tool to take panoramic photos, while also offering Google a way to tap into that user-generated content for its own purposes.

However, that app ended up having niche appeal – after all, there were already a number of third-party tools for taking panoramic photos, and iOS itself includes a panoramic photo feature, too. The app is currently ranked #363 in the Photo & Video category on the iTunes App Store. Or, in other words, it hasn’t been a breakout hit.

For comparison’s sake, Google Maps is the #8 most downloaded iOS app of all time.

That’s why it makes sense that Google is now attempting to leverage its better-known “Maps” brand and the popular Street View feature with this app’s makeover. 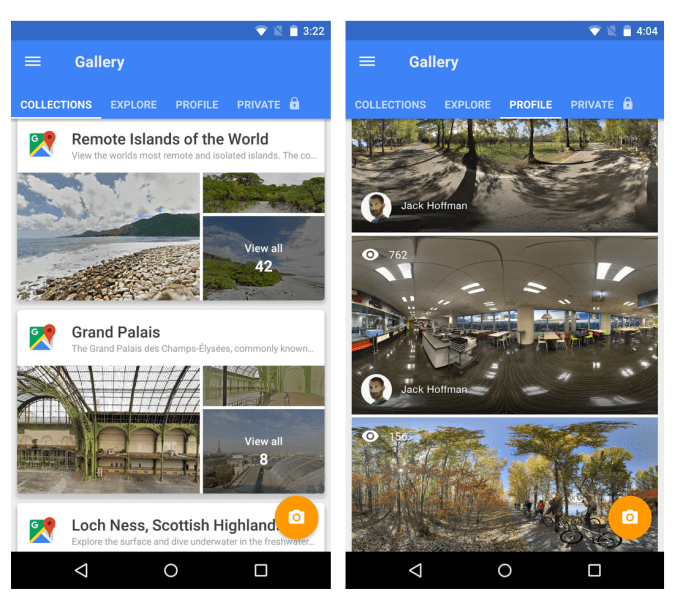 With the Street View app, users can do more than just snap their own panoramic photos and share them back to Google or to online communities. They can also explore the “photo spheres” others have taken from around the world right alongside Google’s own Street View Collections. (Before, you could only view others’ photo spheres.)

This makes the app, previously more of a specialized camera with photo-sharing features, something that could inch into the utilities space where it could see more regular use.

After all, while it may be fun to virtually explore the world – like by scaling the rock wall El Capitan in Yosemite or by hiking Mt. Fuji, as Google suggests – it also seems to be a practical tool for just scoping out a new location you’re planning to visit, without being weighed down by all the extraneous features found in the flagship Google Maps app. 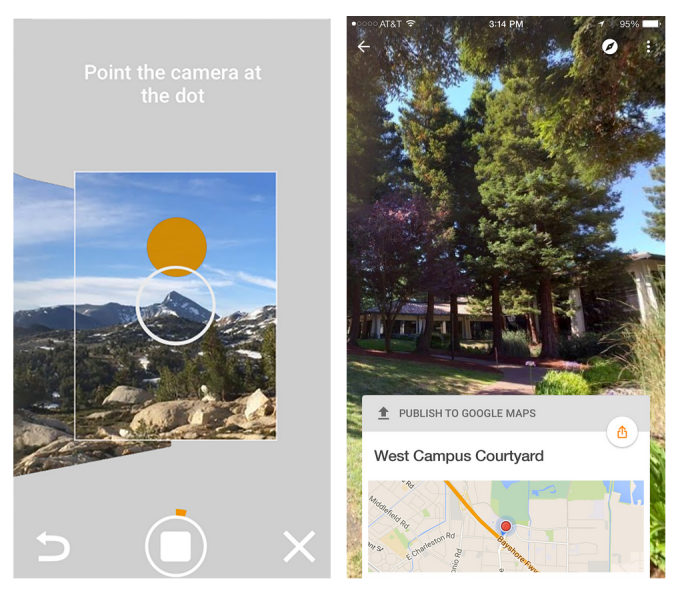 In addition to letting you shoot panoramic photos using your smartphone, the updated Street View map also works with newer, spherical cameras like the Ricoh Theta S or NCTech iris360, notes Google. These cameras may not appeal to all users, as 360-degree photos and videos aren’t exactly an everyday need. But they may make sense for those looking for simpler, more portable solutions for recording 360-degree shots without needing complicated camera arrays like a GoPro rig.

The updated Street View app is live now on iTunes and Google Play.