As a watch obsessive you can’t help but look at the new Huawei Watch and chortle knowingly. Announced a few months ago at MWC, the product lay dormant until now and our poor brothers at Engadget, forced to go to IFA, have some shots. They are very weird.

What’s most striking about the watch isn’t the styling or even price – it’s a classic piece in line with other Android Wear devices, and at $349 I’m sure they’ll sell a few. As an aside, the pricing is highly telling. The cheapest leather model is on par with other Android watches but the $799 rose-gold plated steel case with metal bracelet screams unnecessary price inflation. Apple took cues from jewelry makers and now others are taking cues from Apple in terms of ridiculous pricing.

What I find funny are the watch faces.

These watch faces are direct “homages” to established brands. That gold three hander with poppy hands? Breguet. That figure-eight model with the constellation in one of the dials? Jaquet Droz. The complicated thinger with all the weird dials? Pretty much any complicated watch since 1990 including Patek Phillipe and even Seiko.

In short, those faces mirror traditional watchmaking to a fault. In fact, they camouflage the smartwatch aspect of the watch so completely that we’re almost back to where we began.

I can’t quite put my finger on what bothers me about those faces. Perhaps it’s the sense of history cheapened by electronics or perhaps the manufacturers’ dependence on old designs to create comfort.

While I’ve been wearing my Apple Watch less and less (it’s true!), I find the faces refreshingly disconnected from mainstream watch design. In fact, I’m reminded of Ikepod when I look at the Apple Watch faces (as I should since they’re Marc Newson’s). I also feel that earlier Android Wear makers like Samsung and Motorola eschewed history entirely, creating basic faces for their pieces with disconnection from anything that came before.

My question then is whether these faces are harbingers of things to come – where manufacturers “borrow” from the old masters – or a blip on the design radar. A complicated watch is, in truth, comforting. It’s like looking at the engine of an older car where the engineers made the best of what they were given and everything is in its right place. That sense of comfort can initially please when you look at a faux rendition of a complex watch on a little OLED screen, but it eventually grates, dropping us into the uncanny valley of digital rendering. In short I wish Huawei didn’t have to depend on the past to sell the future.

Ultimately it doesn’t matter. These watches are made for a market where luxury watches are still very popular and where the impression of luxury is often more important than the item itself. Like the Frederique Constant Horological Smartwatch, these watches want to appeal to the true or the wannabe traditionalist. It’s a fine mission, just one that makes things a little awkward.

That said, when they can fit a robotic singing bird into an Android smartwatch then I’ll really be impressed. 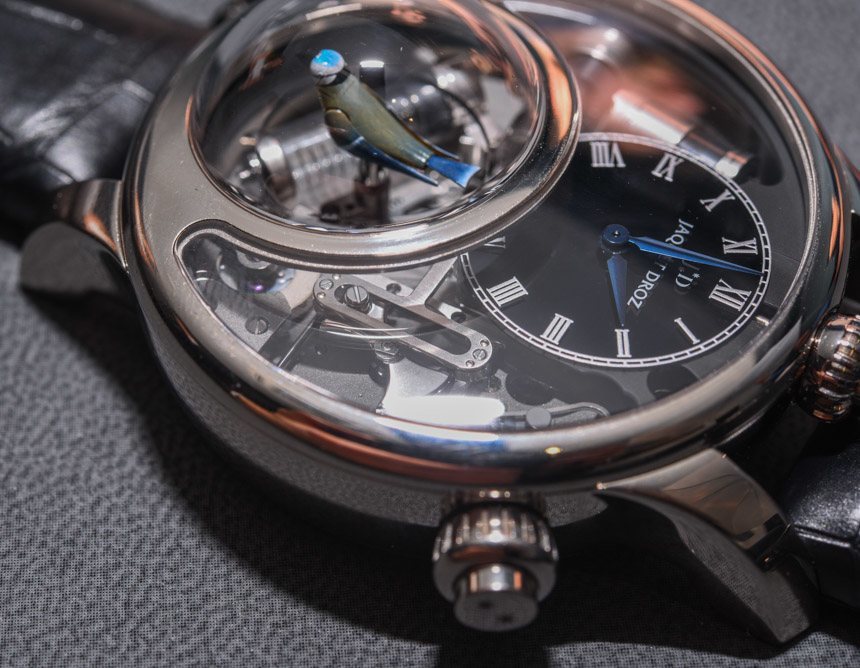