Our beloved Pandora is 10 years old this month. The music company has endured ups and downs but is set to celebrate that milestone anniversary on the 9th. It’s quite impressive.

What started as the human genome project has become something much bigger, connecting artists to listeners 24/7. To give back, Pandora has announced “Listener Love Day,” a day of ad-free streaming for all US users. It starts at midnight ET on Wednesday September 9th and runs for 24 hours.

Additionally the company has created a “mixtape” of the favorite songs over the years based on the thumbs up they’ve received on the service. 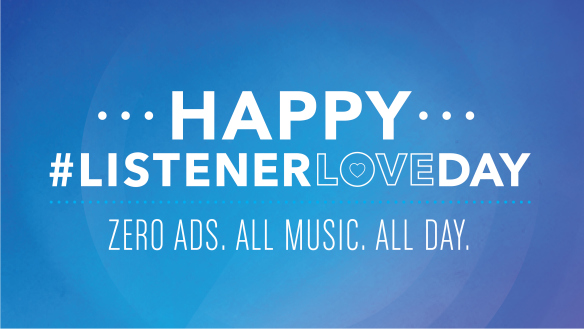 In a blog post, Pandora’s founder, Tim Westergren, shared that 80 million listeners use the service each month adding up to 74 billion hours of listen time, creating over 8 billion stations.

My favorite moment in Pandora’s history is it finding success the day that developers were allowed to start creating apps for the iPhone. It was a transcending moment for Pandora, and remains one of the App Store’s biggest success stories.

We had a chance to chat with Pandora’s founder about some of his favorite moments over the past 10 years: 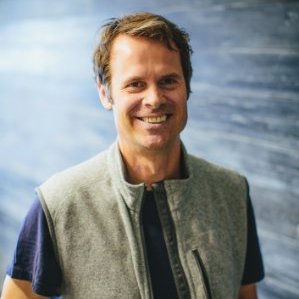 TechCrunch: What excites you the most about the next 10 years of Pandora?

Tim Westergren: I’ve never been more excited than I am now about what lies ahead for Pandora. We have built a tremendous audience of nearly 80 million listeners who tune in more than twenty hours every month, and a strong advertising business to support it. Now we have the opportunity to bring all of the power of this platform to bear on the task of developing and supporting the careers of working musicians. The odds of success for any musician are incredibly low. We’re going to use the power of the unprecedented marketing and promotions platform to change those odds.

TC: Do you have a favorite story about a musician who told you how important Pandora was to their career?

TW: A classical cellist recently told me that Pandora allowed him to buy a house. It doesn’t get any better than that!

TC: What are a few moments in the product’s history that you see as major milestones?

TW: There are so many moments that I’m proud of and thankful for. There is of course the very initial launch, and the incredible growth we saw from the day we went live at www.pandora.com. There was our launch on the iPhone that doubled our growth overnight, and ushered in a whole new era for internet radio on the smartphone platform. Our December 2012 launch in Australia and New Zealand was a great moment. Just last week we had orientation for 75 new employees at Pandora. Seeing all these excited new faces joining the company never ceases to be a regular highlight.

TC: How has the team has evolved? What areas have you grown the most in?

TW: The company has grown in every way, from a hardscrabble team of 20 to an 1800 person organization with fully staffed teams across every function. But as much as our team has evolved, the heart of our team at Pandora has continued to be our musicologists. We have taken a distinctly human and musical approach to solving the problem of the great personal playlist. The Music Genome Project remains the core differentiator for us – more than 57 years of music has been analyzed and our team of musicologists has catalogued more than 375 million individual traits to capture their musical fingerprint. Over 100 team members are focused on delivering the best next song for each listener, one at a time. It’s a fantastically hard problem to solve, and one that we have mastered.

To date, Pandora listeners have given 55 billion thumbs up to songs they’ve liked out of a catalogue of roughly 2 million tracks from 200,000 artists.