Some of us have been waiting for Apple to drop its proverbial hammer on television for what seems like forever. A company with a strong sense of design, the ability to craft purposeful hardware and software and a penchant for cutting through the crap to deliver something you actually want to use (mostly) — who wouldn’t want to see what it could do with the junkfest that is modern TV?

So far, all we’ve gotten is noodling. A self-professed hobby in the size of a small hockey puck that has glacially increased in usefulness and utility.

A new Apple TV is on the way, though, and it could move the needle in more than one industry. According to information I’ve been able to compile from multiple sources, Apple is about to lay down its cards.

Some of the nuts and bolts are already out there, but no one is really talking about how they fit together. Let’s talk.

We’ve confirmed many details of the new device with multiple sources. First, that the new Apple TV, as has been reported previously by Buzzfeed, will feature an updated design and Apple’s A8 chip in a dual-core configuration. The more powerful chip will support an updated interface with much better effects and navigational improvements that make browsing through big content libraries — one of my biggest wants — much easier.

It stands to reason that Apple will be able to push the A8 much, much further than it ever has before given that the Apple TV is plugged into the wall, and not dependent on battery.

This will enable developers of games and other resource-intensive applications to produce higher quality and more demanding apps. Among the demos I’d expect to see on stage next month are content apps, games, and broadcast companies. These apps fit the venue (fixed, but large and participatory) and purpose of your television — and the apps that people will build for the Apple TV would do well to take those factors into account as well.

A native SDK that takes advantage of the hardware fully will, for the first time ever, turn the Apple TV into a platform, a self-sustaining life form that Apple likely hopes will dominate competitors who have done only slightly better about adding third-party support.

To control the new Apple TV? A new remote. One major feature of which was pretty much nailed by Brian Chen in an article earlier this year. It’s slightly bigger and thicker, with physical buttons on the bottom half, a Touchpad area at the top and a Siri microphone. Info about this remote was included in a report by Mark Gurman earlier this month, along with some other information we’ve confirmed about the new Apple TV.

One thing that hasn’t been talked about yet is the fact that the new remote will be motion sensitive, likely including several axis’ worth of sensors that put its control on par with a Nintendo Wii remote. The possibilities, of course, are immediately evident.

A game controller with a microphone, physical buttons, a touchpad and motion sensitive controls would be extremely capable. While Apple is likely going to target the broad casual gaming market, I would not be shocked to see innovative gameplay blossom from that type of input possibility. Think, for instance, of multi-player gaming with several people using voice input, or many popular genres of party games that would do far better on the TV than on an iPad or iPhone.

Why A Spoon, Cousin?

Why this strategy? Why games? Why a platform? Why a spoon?

There are a couple of reasons. You might think that one of them is that the ‘home hub’ business is a ripe market, but I’m not so sure. Does anyone actually use the cable pass-through on the Xbox One any more? That’s a rhetorical question.

I love my Xbox, it’s fantastic, but I don’t even begin to think of it as a source for TV, and while I’m sure there are those who do, I would bet that it is far from a majority. At any rate, it’s not enough to upset any status quo because the interface and functionality are handicapped by the providers that Microsoft had to please. The console as a ‘home hub’ just never materialized — despite the fact that Bill Gates had exactly predicted this moment in his incredibly prescient CES keynote in 2000.

If Apple is able to launch an easy-to-use controller attached to a powerful enough engine to support the burgeoning casual games market, we could see the same kind of absorption that is happening as smartphones eat the portable console gaming market. As the Xbox and PS4 veer sharply into the hardcore gaming market, Nintendo, with its gun-shy approach to thinking laterally about its gaming properties and other platforms, is set up to be disintegrated by a new king of ‘good enough’ gaming. 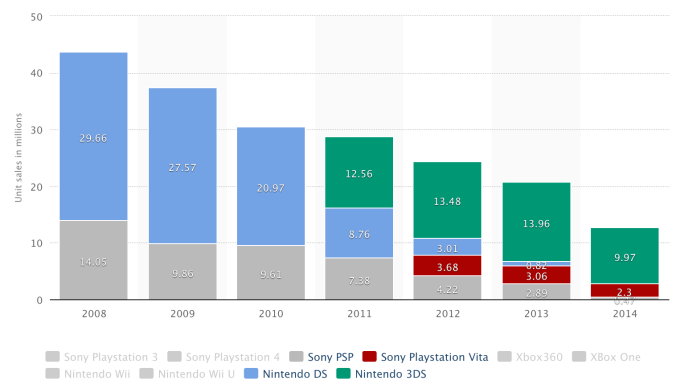 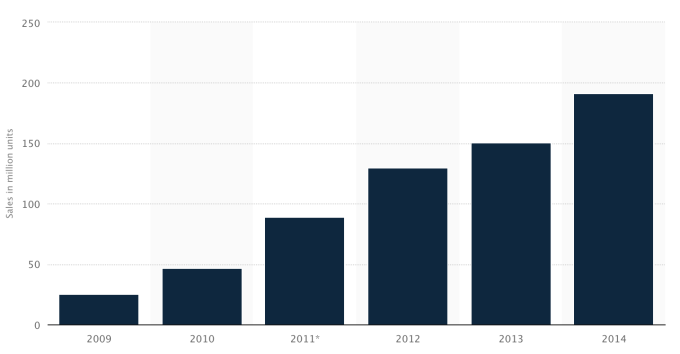 And attached to that is a platform that is ripe for movies, content apps and new classes of home automation and control apps that we haven’t even begun to see yet.

The cable providers and content creators are fine with gaining another endpoint for their wares — but not so much with being disintermediated by a platform that has the capabilities of treating their content agnostically, like so many atoms to be re-organized according to a user’s whim, regardless of point of origin.

Judging by the (reported) trouble that Apple has had getting its TV streaming service locked down and ready to ship, that unhappiness is presenting itself in the form of money. If Apple is going to provide a holistic TV experience where multiple programs across multiple networks can be searched and played non-linearly with a single tap, the gatekeepers are going to want a blood price to do it.

Some very smart people I’ve been talking to suggest that, by building a platform, Apple is generating leverage that it can use to great effect in these negotiations. A mid-market breakout box offering is one thing, but a huge, rumbling platform with an upward trajectory of living-room dominating apps and third-party content is another beast. If, obviously if, Apple is successful with the Apple TV, it could be in a position to dominate content in a way that no other ‘smart’ TV platform has before it.

If Apple did indeed ‘delay’ the Apple TV from being released at WWDC, then it probably had a reason. And, if my sources are correct, that reason could well be polish, polish, polish. The experience of using it is said to blow away the types of junky smart TV interfaces we’ve had to deal with so far. This is the first real Apple TV product.

If that polish translates into leverage, then negotiating with Apple could be much, much more uncomfortable for the content providers. Why a spoon? Because it hurts more.