“We’re not trying to be the all-singing, all-dancing HR system. I don’t know how to be kickass at payroll” says Greenhouse CEO Daniel Chait. But what his startup is kicking ass at is hiring software. It now has over 800 customers including Slack and Pinterest, almost double the 450 it had when it announced its $13.9 million Series B in March.

That progress, plus dreams of international expansion and selling to even bigger corporations, has won Greenhouse another round that brings it to about $60 million in funding. The $35 million Series C led by Thrive Capital will give Greenhouse fuel to grow abroad and refine its software for larger clients. It’s not a unicorn yet, but will be soon at this rate. 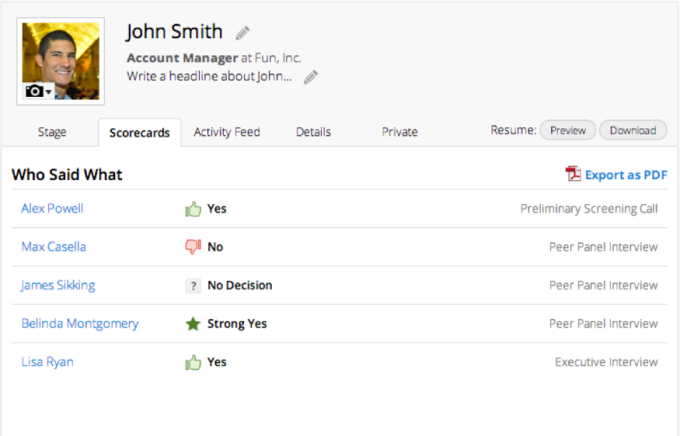 The Greenhouse product fertilizes a company’s recruiting and hiring efforts. It compiles sources of job candidates such as job boards and referrals in a hiring dashboard where companies can A/B test job listings and remind employees about openings to be filled. Then during the interviews it helps hirers coordinate, Greenhouse structures the questions asked and answers received so they’re easily comparable. It all makes going from empty desk to strong hire quicker and cheaper.

Greenhouse’s revenue is set to quadruple over the course of 2015 and headcount is swelling as employees pile onto the rocket ship. But Chait’s top concern is keeping his human resources company human.

“We try to act like real people” he tells me. “There’s a tendency of a lot of people where when you show up at work, you put on your worker personality and leave your real personality at home. I don’t think that does anyone justice. If you hire great people, they you should let them be themselves.”

Staying personal is easy when the whole company fits around a few desks, but now Greenhouse has 125 employees. “You have a culture, but it’s very implicit, based on the founding team. As you grow, in order to sustain that culture you have to make it more explicit, talk about it, hire based on it.”

Chait tells me payroll, hiring, and other HR tools all used to be sold in “one big monolithic system from a vendor that did everything.” Think Oracle’s omni-tool Taleo. “I want to make the case to the customer that you can be 10X better at this stuff” by using dedicated software that does a smaller set of things.

At least Chait won’t have to worry about funding for a while, since the Series C brings in more than all its previous rounds combined. He says he chose Thrive Capital because “they’re very smart, very hands-on, very involved. They’re not some corner office banker looking at a spreadsheet.”

Greenhouse has only 10% of its business overseas right now, so the funding will partially go towards more international sales offices and staff. It will also go to development of better infrastructure and compliance so Greenhouse’s software can serve even larger massive clients. There’s a few secret R&D projects in the works too. 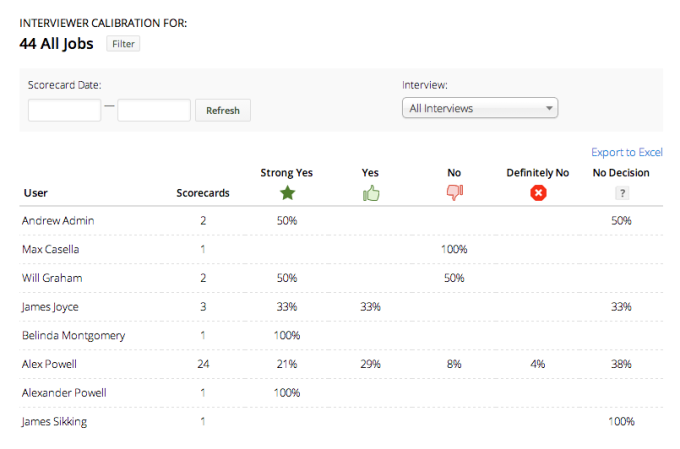 Meanwhile, Greenhouse is hoping to keep its focus on functionality while beautifying the interface. When asked about mobile-first hiring startup Lever, Chait admitted its platform is “better looking than ours, it’s pretty.” But he stressed that hiring and setting up interviews is inherently complicated, and warned against over-simplifying it.

“When you start out, you gin yourself up to this idea that there’s this big opportunity but you can only picture so many steps ahead,” Chait says with a tinge of nostalgia for quieter days. “At this point, it’s a really tangible set of problems that we’re trying to solve. The imagination is already there.” While others sing and dance, it’s time for Greenhouse to execute.