Sometimes a designer can get sucked so deeply into a project that they don’t even really know whether it looks good or not anymore.

Feedback is an essential, yet strangely complicated, part of the design process. Wake, which is launching publicly today, aims to allow designers a more effective way to share their works-in-progress and get feedback from their teams.

The product, which consists of Mac, iOS and web apps allows design teams to instantly review what others are working on, share their thoughts and get back to their own projects without weaving through dozens of office workflow tools or wandering to fellow designers’ desks.

Wake launched a private beta of their product in February. Since then, the team has been rapidly building to accommodate all of the interest from design teams itching to simplify their workflows. Wake has been hard at work scaling its business in the meantime as well. The company raised a $750K round earlier this summer from First Round, Slow Ventures, Designer Fund and others.

The startup is currently servicing about 900 companies. This includes some high-profile names like Airbnb, Artsy and Medium that have inserted the tool into their design processes. 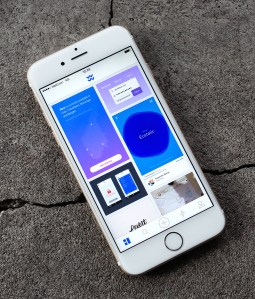 Dustin Senos, head of design at Medium, said in a release that “Wake has filled the gap between formal design reviews at Medium in a collaborative and lightweight way. It has increased transparency, continuity, and communication during our design process.” It generally takes a designer to solve a designer’s problem.

Chris Kalani, CEO and co-founder of Wake, says that since the beta launch in the winter, the team has “spent a lot of time observing usage and trying to improve the amount of time it takes for a team to get on, invite people, upload things and just have them engage with the product.”

As with most of the products that designers have been using Wake to work on, Kalani, who previously worked as a product designer at Facebook where he helped build products like Messenger and Graph Search, says that keeping the tool intuitive is pretty critical.

“We didn’t want users to have to think about it at all. Just take a snapshot of what you’re working on and share.”