Tracksmith, a running apparel brand based in Boston, has pulled in $4.1 million in new funding to outfit a growing pack of runners in the traditional style of the world’s oldest sport.

Pentland Group, the management group behind Reebok, Speedo, and Lacoste footwear, among other sporting brands, led the Series A round, which brings the company’s funding total to $5.7 million.

Tracksmith designs apparel for the understated athlete who prefers subtle running attire to the neon and patterned gear you’re likely to spot in the window of Nike or Lululemon.

While the majority of workout clothing has taken on this futuristic and fluorescent aesthetic, according to Tracksmith co-founder Matt Taylor, running as a sport has been neglected by mainstream fitness brands.

“Over the last five or ten years, everything has been watered down to a more generic health and wellness message,” says Taylor. “Nike is out front leading the industry, and all of the other brands have gotten them behind and followed.” 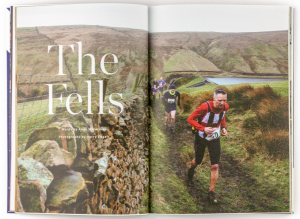 That’s why Tracksmith is focused on serving the traditional outdoor runner, who you might also catch running along the coastal bluffs of New England, as images from the company’s quarterly print magazine would indicate.

In all seriousness, the company’s direct-to-consumer model allows it to experiment with products in a way that most large retail brands cannot. The “run-swim-run” short, for instance, one of Tracksmith’s latest releases, is designed for long-distance runners who will often jump into a lake or a pool halfway through a summer run. 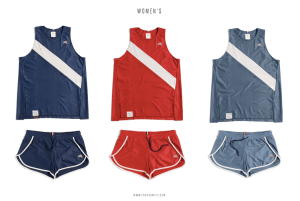 “A product like that would never get through to a bigger brand, because it would seem too conceptual and too niche,” Taylor says. “And we’re able to use fabric that the other brands can’t use, because we don’t have the traditional wholesale markup in there.”

Originally launched in July of last year as a men’s apparel brand, Tracksmith debuted a women’s line in April. With the most recent influx of cash, the company will continue to introduce new designs along with a digital version of Meter, its running culture-focused print magazine.