Google today surprised us by launching a router with the help of its partner TP-LINK. The $199.99 OnHub router promises to do away with many of the issues you’ve likely experienced with your existing router: Wi-Fi slowing to a crawl, videos buffering and connections randomly dropping out. That always meant unplugging the device, waiting a minute or so, plugging it back in, and then hoping for the best. 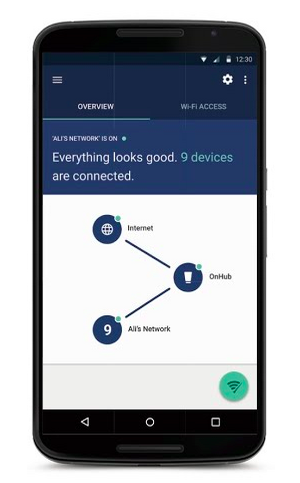 oogle promises the OnHub router will “give you Wi-Fi that’s fast, secure, and easy to use.” The company says setup is easy and the device automatically scans your local airwaves to find the best channel for you. “A unique antenna design and smart software keep working in the background, automatically adjusting OnHub to avoid interference and keep your network at peak performance,” Google says.

The router will also automatically install updates and new features as they are released.

Unsurprisingly, the router is controlled by a single mobile app that can run on Android and iOS. From there, you can manage all of your devices and check up on your network. You can also use the app to quickly send your WiFi passwords to your friends.

Unlike similar devices, the router is actually also nicely designed and looks a bit more like the ill-fated but beautiful Nexus Q than your standard Netgear equipment.

The new router is now available in the U.S. on the Google Store, as well as at Amazon, and Walmart.com. It’s also coming to retail stores in the U.S. and Canada soon. Google says it will soon launch a similar device with ASUS, too. 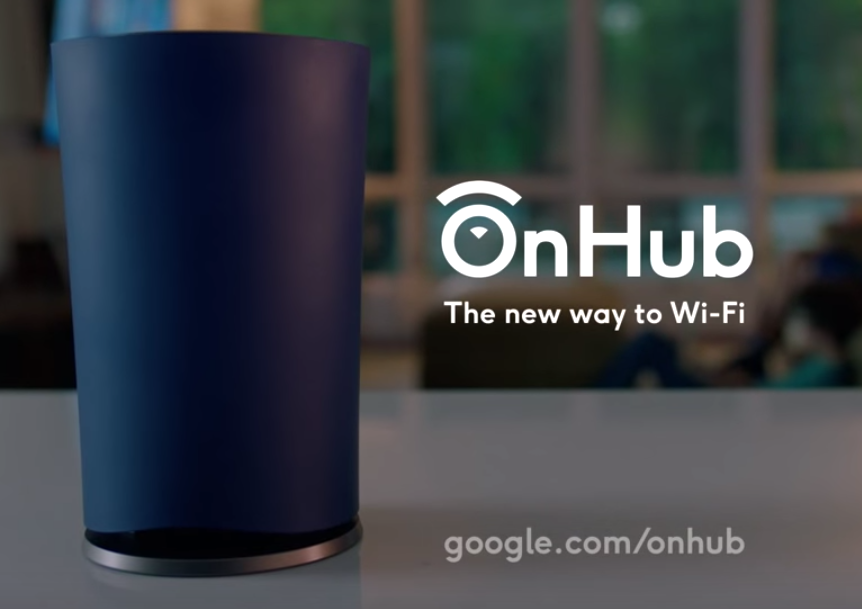 At almost $200, OnHub is definitely a bit of a luxury item, so it remains to be seen how well it will sell. If anything, though, it will hopefully give other router vendors an incentive to step up their game. For what it’s worth, Apple’s AirPort Extreme clocks in at a similar price point, but it’s been two years since Apple launched the 6th generation of this product.