HBO’s over-the-top streaming service may not be making money just yet, but it is rapidly expanding its footprint. Starting today, the service will support Google’s Chromecast for streaming from your mobile device to your TV, according to the update text in the iOS version that just arrived on the iTunes App Store. The Android app has not yet been updated, as of the time of writing, but will arrive later today.

[Update: HBO NOW is available alongside Travel Channel, Food Network, and Pokemon TV, in a series of Chromecast releases.*]

Initially, HBO’s $15 per month streaming service was an Apple exclusive, which meant that the only devices supported at launch were the iPhone, iPad, iPod touch and Apple TV. However, during that time, the network also forged deals to bring HBO over-the-top through other partnerships, including with Dish’s Sling TV and Cablevision, the latter which offered access to HBO NOW to its Internet-only customers.

And as the exclusivity period wrapped, other platforms quickly followed. At Google I/O in May, for example, the company announced a Google Play app was in the works, which would include support for Chromecast. That Android app arrived last month, as did the Amazon Appstore version, but Chromecast support was not immediately available. Oddly, it’s the iOS app that’s the first to see Chromecast built-in – the Android app still hasn’t been updated. But HBO tells us that it will become Cast-enabled starting today. 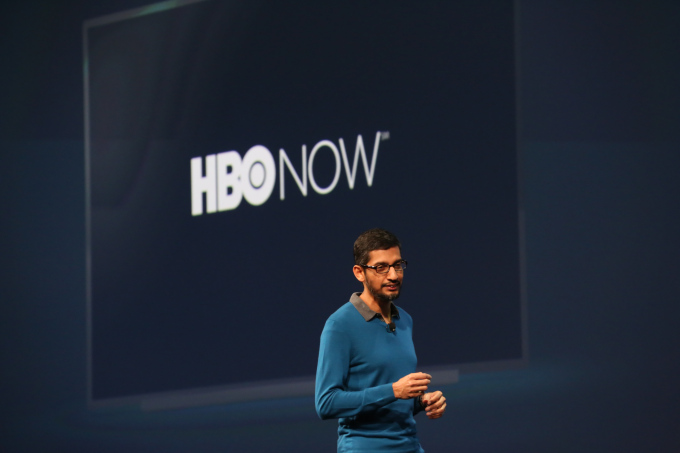 One big platform that HBO still needs to address, however, is Roku. The website no longer lists Roku as one of the platforms where an app is “coming soon,” though. Asked about this, HBO told us recently that Roku’s lack of mention shouldn’t be read into too much.

“I don’t have specific details to share about Roku timing, but our goal has always been to make HBO NOW have parity with HBO GO in terms of devices supported,” a spokesperson said. (Whew.)

The HBO NOW iOS app with Chromecast is live here. The Android release, which is soon to be updated, is here on Google Play.

*UPDATE: The announcement is now official. According to the Google Chromecast blog, HBO NOW is available today, alongside support for a handful of other titles, including the Watch Food Network and Watch Travel Channel apps, Pokemon TV, and games like FitFlap, Catch Phrase Blitz, and Tricky Titans.