Your GoPro is great until you have to edit all those hours of footage to find the cool moments. Graava does that automatically. Starting pre-orders today for $249 (eventually $399), the Graava action camera uses motion, audio, accelerometer and GPS sensors plus voice cues to detect the highlights of your footage. Choose how long you want your highlight reel to be, Graava’s app edits the scenes that fit to match the beat of a song you select, and you can share the final video everywhere.

Graava will take 8-megapixel photos and offers three hours of continuous 1080p, 30 frames per second video per charge when it starts shipping in February 2016.

If its auto-editor can reliably find the best moments of sports but also other content like parties, it will be a remarkable achievement for a tiny startup with just $750,000 in funding. And with social networks like Facebook, YouTube and Twitter crazy for video and looking to make sharing great clips easier, Graava’s software could generate plenty of acquisition interest.

Check out our video below for a look at the device, editing system and interview with Graava’s founder.

The End Of Editing

Bruno Gregory almost died on camera. He and a friend were bicycling through the Berkeley Hills when they were victims of a hit-and-run. Luckily, the action camera on his bike caught the jerk’s license plate number. “We show the video to the officers and in 10 minutes they get the guy and put him in jail,” Gregory tells me.

With a newfound appreciation for his action camera, the Brazilian serial entrepreneur left it on his bike. But he soon realized he was apprehensive to turn the camera on because it just created a chore for him. It’d take way too long to edit the videos down to something friends would actually want to watch. 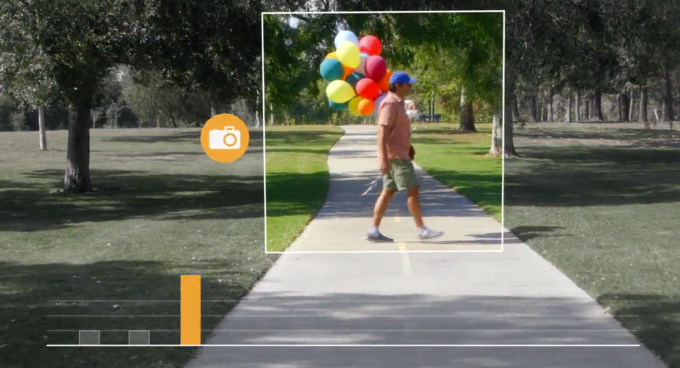 So he set out to build Graava, a camera that gives you a solution rather than a problem when you’re done recording. The sensors let it recognize big visual changes, moving objects, acceleration, and audio cues to determine the importance of a given moment.

The demo I saw showed it editing hours of motorcycle footage into clips of the riders coming over hills to beautiful views, passing each other, and giving each other satisfied nods on the road. Gone was the boring time stuck in traffic or just endlessly following each other.

Slip Graava into one of its colored bumper holsters and you can attach a clip for latching it to helmets or snow goggles, straps for hooking it on a bike or other equipment, or an adhesive for sticking it to anything else. If there’s something you want to be sure to add to your final video, just say “Graava” aloud and that moment will be flagged for inclusion. 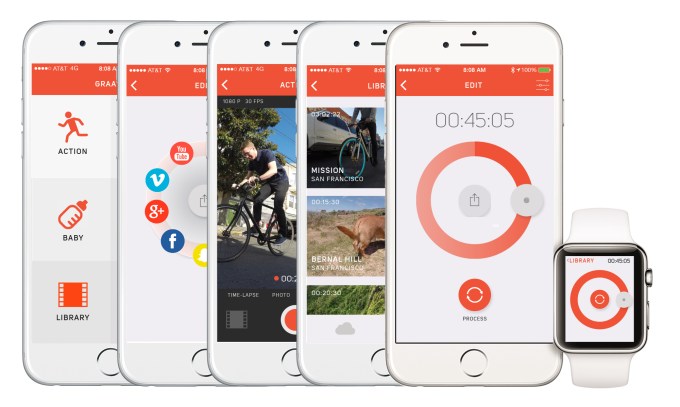 When you get home, you slip it out and magnetize it to the wireless charger stand which immediately starts powering it up and dumping content to Graava’s cloud editor. The stand can also be erected to let you capture footage in Graava’s non-sport modes that turn it into a home security device, baby monitor or dash cam.

Swipe your finger on Graava’s app and you can choose how many minutes long you want your video. Choose a song file on your phone, and Graava syncs the cuts in the video to the tempo of the soundtrack.

If you’re particular or fancy yourself smarter than its auto-editor, you can scrub through the different segments of your footage and drag sections into the final video, which is dynamically re-edited to make them fit. And if you and a friend both shoot with your Graavas together, GPS lets them ask permission to use clips from both your footage reels. Don’t worry if you’re a Final Cut master. You can also edit your Graava footage manually with whatever software you want. 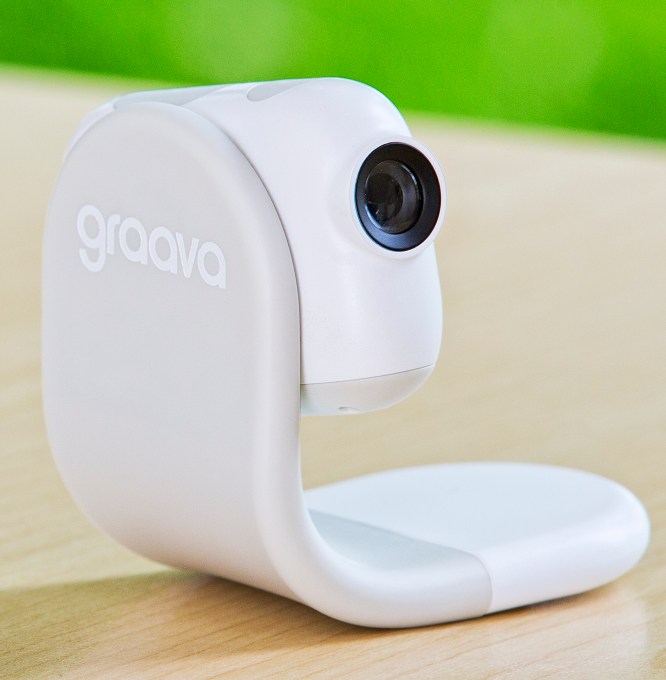 A Camera For The Always-Recording Generation

If Graava’s editor lives up to its pitch, it could entice customers who never wanted a GoPro. I don’t do enough action sports or have enough time for editing to buy a traditional action camera. Busting out my iPhone is fine for the occasional “Wow, look at that!” But with the non-sport modes and auto-editor, the only purchase consideration is the modest $249 price tag. 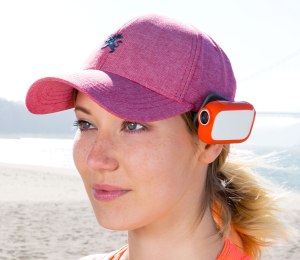 Nonetheless, GoPro’s built a huge market that Graava will have to try to poach from. Its 1080p 30FPS and 8mp  specs fall somewhere between GoPro’s bottom two models, the $130 Hero with 5mp and the $300 Hero+ with 60 FPS and an LCD preview screen. Graava lacks a professional 4k model and screen, you have to buy your own SD card for it, and it will eventually cost $399. But it does get about twice the battery of most GoPros.

It’s what that battery life affords that makes Graava special. You can just leave it on. It’s a camera for the always-recording generation. We’ve seen Google, Gallery Doctor, and other apps auto-curate photos into GIFs and collages or help you hide the boring pics. But now there’s a way to avoid piling up videos no one will ever watch.

Capture life, and Graava makes sense of it later.