While this news isn’t exactly exciting for me just yet, being in San Francisco, Google has announced its next expansion city for Fiber…San Antonio. This is the first announcement since the end of January, when Google announced that Fiber would be heading to Atlanta, Charlotte, Nashville and Raleigh-Durham.

If you’re keeping score, here are the cities that are current Fiber neighborhoods and those that are waiting to become one: 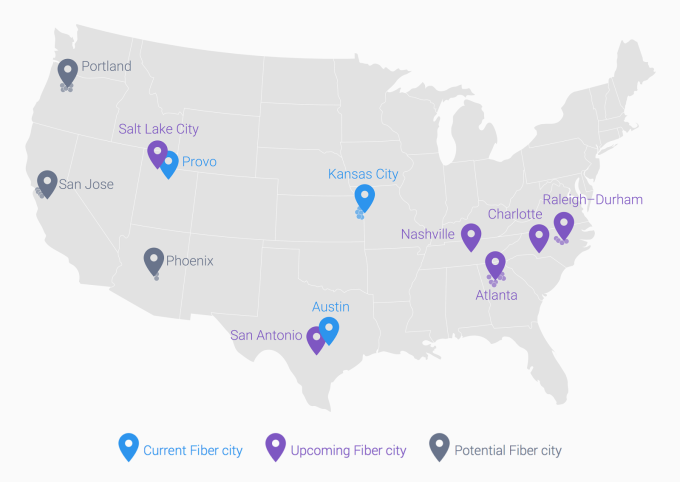 While it’s probably easy to get through the red tape for Google in San Antonio, the company says the city has a thriving startup scene that could use the speedy Internet. How speedy? In case you missed this ridiculous video out of Provo, Utah, have a watch:

Politicians in cities are jockeying for cool new exciting initiatives like this to entice new businesses and residents, and San Antonio Mayor Ivy Taylor is no different: “I’m excited that this could mean amazing things for increasing access for affordable Internet services throughout our community.”

The “affordable” part hasn’t been a part of the story yet, which is the really interesting promise of Google Fiber. To date, only affluent neighborhoods have been outfitted and are calling for new customers. Hopefully that changes soon.

And hey. What about us, Google? We get everything first :(