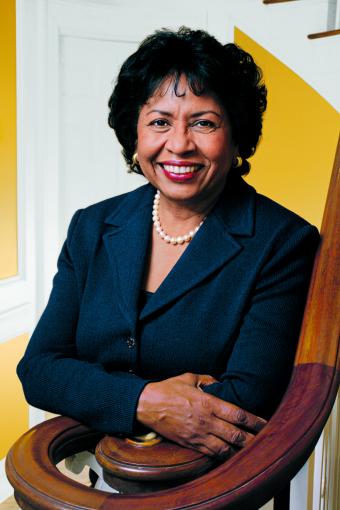 Square announced a powerful addition to its board today — former Brown University President Ruth Simmons. Before her 11-year post at Brown, she was the president of Smith College, establishing the first engineering program at an American women’s college.

Jack Dorsey, Square’s CEO, had this to say about Simmons in a release:

Ruth has inspired generations of young people to follow their dreams, break down any barriers that stand in their way, and make an impact in their communities. I know she will bring that same passion to Square on behalf of our sellers, and I am honored she will be joining our board.

There have been plenty of rumors about Square going public by the end of the year, with the latest rumblings saying that the company has already filed. This addition to the board is a strong one for the public-company-to-be.

In the same release from Square today, Simmons shared her thoughts on joining the company:

In my experience, the best companies draw their strength from their ideals and their customers. Square puts its sellers first, empowering them with tools that allow them to participate in and help drive the economy. I look forward to helping the team advance this important goal.

Here’s Simmons chatting about human dynamics in the midst of social change:

My colleagues here at TechCrunch point out that this appointment is very reminiscent of Susan Desmond-Hellman joining Facebook’s board in 2013. She brought a unique perspective to Facebook’s board when it needed it the most.