Google’s Android for Work program makes it easier for businesses to allow their employees to safely use their Android phones for both work and personal use. It gives IT the ability to manage work apps, which are siloed from the rest of the phone, and employees can still put their own private data on the device, which in turn is shielded from IT.

When Google launched this program earlier this year, it had already signed up a wide range of partners to help bring Android for Work to market. Today, it’s expanding this program by adding a new device manufacturer and — for the first time — carriers to its partner ecosystem.

The new carriers, which will now offer support for Android for Work to their business customers (and market the program) are AT&T, Verizon, T-Mobile, Sprint, Rogers, Bell Canada, Telus Mobility and KT (disclaimer: Verizon, as you may remember, now owns TechCrunch).

In addition, Google has added Silent Circle — the makers of the security- and privacy-focused Blackphone — to its list of partners. It joins Samsung and that company’s KNOX platform in its list of Android for Work devices that can be used in regulated industries like government and healthcare.

“Privacy is about being able to decide and control what information to share and how you share it,” said Silent Circle’s President and CEO Bill Conner in today’s announcement. “We’re delighted to join the Android for Work program. It’s a significant step forward in Silent Circle’s development which enables us to deliver privacy and security to a broader enterprise customer base, while meeting their need for the wide-ranging apps and services provided by Google.”

Google says more than 10,000 businesses, including the World Bank, U.S. Army and Guardian Life Insurance Company, are currently either “testing, deploying or using” Android for Work. That, of course, leaves us guessing how many of these 10,000 are actually using Android for Work in production (enterprises aren’t exactly known for moving quickly, after all). But there can be little doubt that this service solves a real problem for many enterprises, especially if they want to allow their employees to use their own devices. 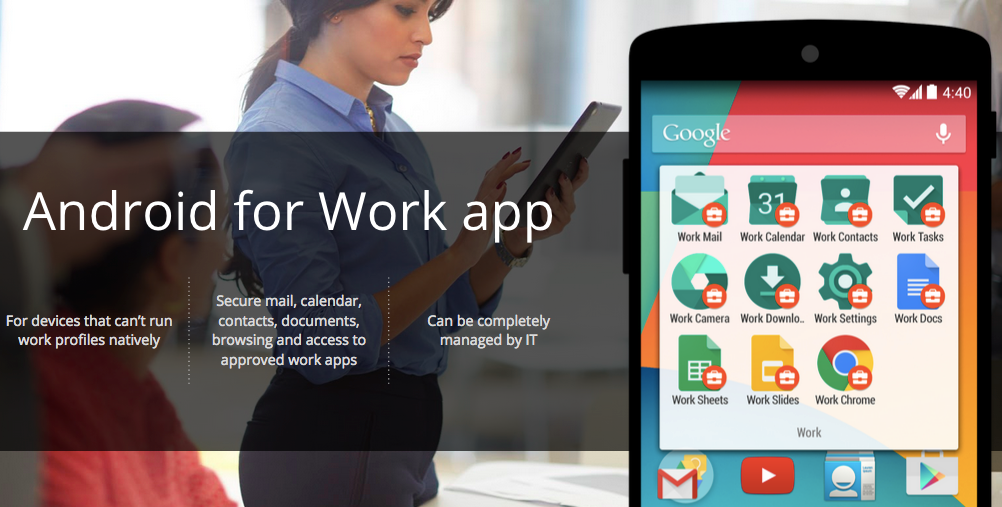