Is it a social network?

Is it a failure?

These are the questions that have been peppered at Google ever since the Google+ launch in June of 2011. The answer to all of those questions was, and remain, a huge “no.”

Doesn’t matter though. Google is starting to back its way out of a muddy mess, particularly when it comes to its precious YouTube. Oh, why didn’t they leave YouTube out of it?!? That’s a story for another day.

Google had teased a playground involving social for some time, and our publication followed the story closely. The project had a few code names along the way:

Upon launch, Google+ was treated like a “thing.” A thing that would now compete with Facebook. Google is at fault for a lot of that, since when you’re launching something, it’s easier to treat something like a “thing” rather than something abstract to make your life better in the future. Plus, the inclusion of a stream and a “+1 button” caused confusion, specifically the confusion that I mention above.

Even Google’s Vic Gundotra, the godfather of Plus, just didn’t know how to categorize it upon launch:

We believe online sharing is broken. And even awkward. We think connecting with other people is a basic human need. We do it all the time in real life, but our online tools are rigid. They force us into buckets — or into being completely public. Real life sharing is nuanced and rich. It has been hard to get that into software.

What Google tried to do was attempt to (not maliciously, mind you) trick you into tying your data together instead of explaining why it would benefit you in said future. It assumed that we couldn’t wrap our brains around why that would be important. Maybe they were right. Who knows?

Last year, our editors gave the best description of Google+ that I had ever heard…even better than the people who were paid to market Google’s social efforts:

Google+ is and always has been about turning every Google user into a signed-in Google user, period. 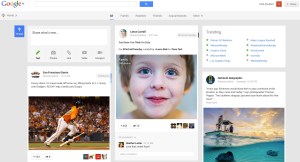 If Google had stuck with that description, instead of ducking and jabbing over whether it was a social network or not, the outside aggression towards it wouldn’t have been as intense. An account and profile to keep all of your stuff together…nothing more, nothing less. Naturally, products like Hangouts and Photos are examples of things that benefitted by having all of your data tied together. These are why those products can leave the dingy Google+ nest and live on their own, now.

When I’m logged in, Google knows what I search for and click on, who I’m connected to, where I am at any given time and what I spend most of my time doing on the web. Thanks to all of that data, Google’s searches are smarter, allow me to look for things using plain language and give me tailored results.

Additionally, Google Now has become one of the most exciting products in all of tech. It’s becoming a smart assistant, and it’s arguably a better experience than Apple’s Siri. 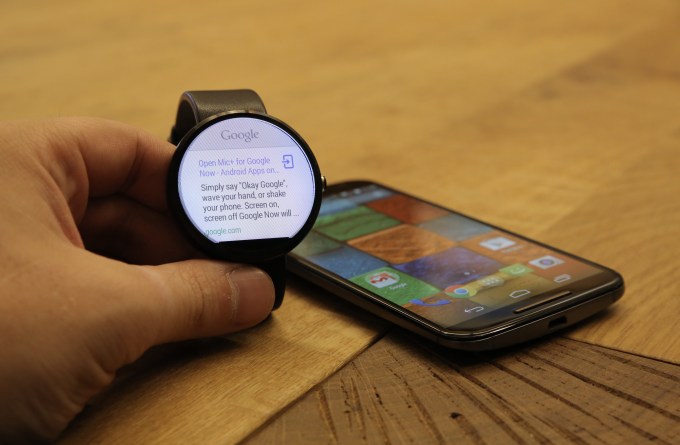 Why? The data, of course.

Google. Plus your data.

Spawning new better-than-decent standalone products along the way isn’t anything to sniff at. Google has a history of this, using pieces of projects past for brand-new ones. Ask Facebook how hard it is to come up with something new rather than acquire someone else’s shiny thing.

In 2010, Google’s at-the-time CEO, Eric Schmidt, chatted about Google’s upcoming social efforts. He was clear and concise in explaining the reason behind Google’s efforts.

The company should have just stuck with that.

Arrington: How important is social to google’s future, and how might google go about competing with a large established competitor?

Schmidt: Our view of social is a little different than what everyone has been writing. we want our core products to get better from social information. The best thing that could happen is if Facebook opened up its network and if we could just use that information…Failing that, there are other ways in which we can get that information.

We are trying to add a social component [to google’s core products] to make them even better. With your permission…and knowing more about who your friends are, we can provide more tailored recommendations, search quality will be better.

Success? If you believe that Google is one big lab, constantly trying things and not worrying about an immediate pass or fail, then yes. Success. Or, you could believe that the company really thinks that Google+ Communities will take off.