Emerge Media’s Translate.com, which launched about four years ago, has probably the best domain name you can have if you’re in the translation business. Until now, though, the service mostly offered a front-end to its — partly Microsoft-powered — translation tools for consumers and wasn’t actively going after the huge and lucrative enterprise market.

The company has now launched its enterprise platform, though, which brings together machine translation, human translators and editors to offer more affordable translation services to businesses.

It’s hard to offer fast, cheap and accurate translations, but Translate CEO Anthos Chrysanthou told me he believes his product is able to best its competitors by using a hybrid approach that uses AI and professional translators in combination with an editor. 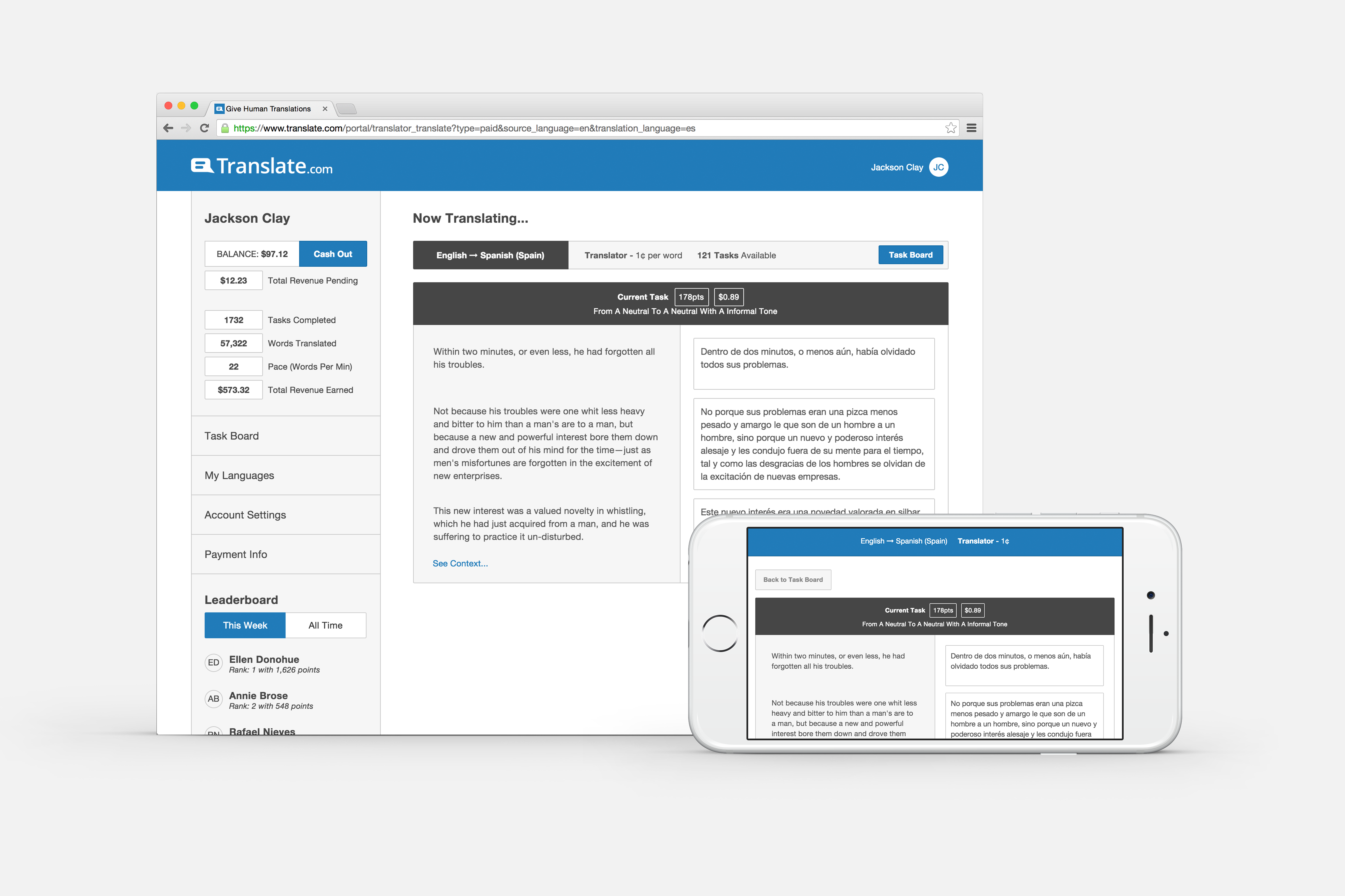 If you’ve ever used Google Translate, Translate.com or any similar service, you know that machine translations have come a long way over the last few years but still have a long way to go, too.

With this, the company is able to offer a fast turnaround (up to 10x faster than some of its competitors) and still only charge 2 cents per word. Chrysanthou, though, wants quality to be the hallmark of the service.

“If you can do it fast but [the translation] is shitty, it’s no good,” he told me. He also noted that the company does a phone interview with every single new translator it brings on board. “That’s labor intensive, but to do it right, we would rather sacrifice growth right now,” he said.

On the consumer side, Translate.com says it has about 3 million users and has produced about 200 million machine translations so far. Chrysanthou believes that this strong base will allow it to grow its enterprise business organically, too.