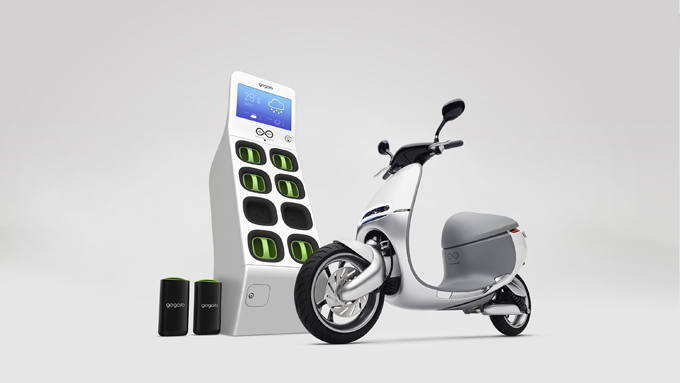 After raising $150 million dollars and operating in secrecy for three years, Gogoro finally told the world what they’re building: a smart electric scooter and a charging infrastructure to go with it.

Tomorrow, the first Gogoro smartscooters will ship out to pre-order customers living in the company’s first flagship city, Taipei.

Gogoro started taking pre-orders last month at a price of NTD$128,000, or roughly $4,140 US dollars. That’s about double what you’d pay for a higher end gas scooter, though Gogoro claims that government subsidies and gas savings will cover the differences within two years of ownership.

For those who might’ve missed our original post and just want the gist, Gogoro has three key components: they’re building the aforementioned electric scooter with all sorts of smarts, a smart lithium-ion battery to power it, and a network of “GoStations” where you can swap the battery on the fly for one with more juice. It was founded back in 2011 by the former Chief Innovation Officer of HTC, Horace Luke, with significant investment from HTC co-founder (and now HTC CEO) Cher Wang.

One key aspect of Gogoro’s gameplan has been met with some degree of resistance: unlike many electric vehicles — like, say, a Tesla — you can’t charge the Gogoro smartscooter at home. If your scooter needs more juice, you’ll need to cruise to one of the GoStations and swap out your battery.

The company tells me that they’ve had “400+” pre-orders to date, with 65 GoStations currently up and running in Taipei.