It might not be a planet anymore, but Pluto is fascinating.

NASA is just scratching the surface after its Pluto “fly-by” on July 14th. It says that it’s retrieved just 5% of the data on the spacecraft, but has already learned new things and snapped some shots unlike anything we’ve seen before.

Here’s an amazing farewell shot taken of Pluto, highlighting a newly-discovered haze layer (we’re essentially seeing its weather for the first time ever): 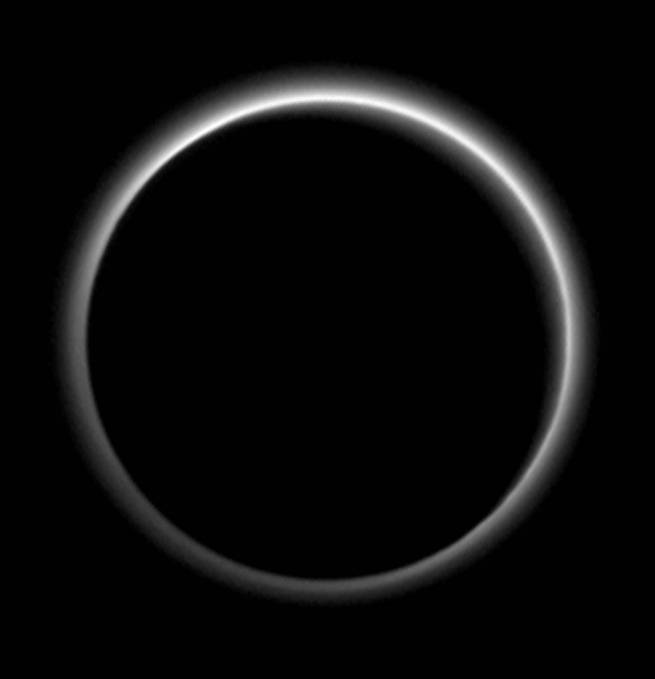 Michael Summers, a part of the New Horizons team said:

The hazes detected in this image are a key element in creating the complex hydrocarbon compounds that give Pluto’s surface its reddish hue.

NASA says it has to start from scratch on how it thinks of Pluto’s atmosphere and weather:

Scientists had previously calculated that temperatures would be too warm for hazes to form at altitudes higher than 20 miles (30 kilometers) above Pluto’s surface. With New Horizons detecting hazes at up to 80 miles (130 kilometers), “We’re going to need some new ideas to figure out what’s going on,” said Summers.

Here’s a true-color image of the surface of Pluto: 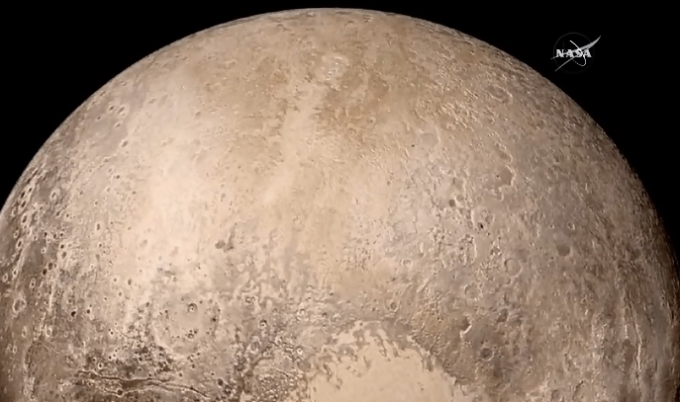 If you have some time today, jump in and watch the live disclosure of findings:

Or you can read more about NASA’s findings on their New Horizons project page.