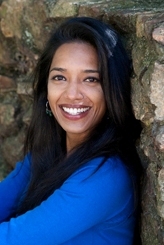 Garg will the the company’s first VP of business development. She had been at Twitter for about four and a half years before leaving to join Zenefits, the company said.

It’s another executive departure for Twitter, with head of communications Gabriel Stricker and former CEO Dick Costolo recently stepping back. Twitter is not unfamiliar with executive shuffles, with the top of the company essentially being a revolving door in numerous roles — most notably the head of product.

Zenefits allows small- and medium-sized businesses to manage human resources services in a simpler fashion. The company is becoming one of the fastest-growing software startups of all time — and it’s built out the kind of executive team to back that up as well, including hiring former Yammer CEO David Sacks as the company’s chief operating officer. Other recent hires include SAP’s former head of global recruiting Mike Leary and Lyft’s former head of government relations Chris Massey.

To be sure, Zenefits is not without its own challenges, with payroll giant ADP cutting off access to Zenefits. But Zenefits said it raised $500 million in May earlier this year at a $4.5 billion valuation — and in short fashion, too, reaching that valuation in just about two years. The company has said it’s on track to hit annual recurring revenue of $100 million by January next year.