Boston biotech startup Ginkgo Bioworks just gained an extra $45 million in Series B funding from an “oversubscribed” list of investors. The startup raised $9 million in March, so that gives the startup $54 million in total funding thus far.

Biotech startups went from few and far between to red-hot in the last couple of years, thanks to new techniques, automated robots, lowered production costs and the ability to rapidly iterate. Ginkgo is among those that make synthetic biology financially attractive to investors hoping for big returns on genetically modified yeast products.

“Synthetic biology is one of the fastest-growing areas of tech right now, and Ginkgo is leading the category,” said Y Combinator president Sam Altman. YC inducted Ginkgo as one of its first biotech startups and continues to invest, including this round as part of its Pro Rata initiative. 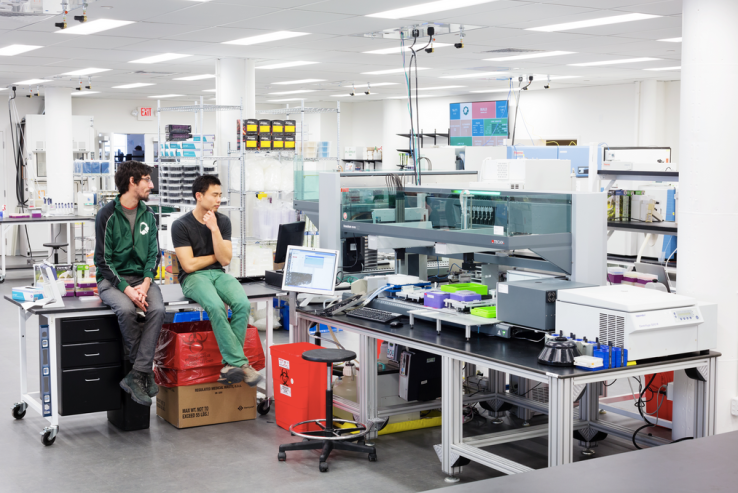 YC joins other previous investors OS Fund and Felicis Ventures in the Series B financing. Viking Global led the round.

Ginkgo took the investment to help it move beyond its original production of synthetic fragrances to cosmetics, nutritional products and health and consumer products. The move puts Ginkgo in direct competition with Silicon Valley-based synthetic biology startup Zymergen.

Both Zymergen and Ginko raised a sizeable amount this year to produce myriad consumer goods using automated machinery – Zymergen recently closed a $44 million Series A round. Ginkgo is currently under contract with 10 different corporate customers to produce 20 designer organisms for various products. Customers include many Fortune 500 companies, according to the startup.

The difference between how Zymergen operates and how Ginkgo operates, according to Ginkgo co-founder Jason Kelly, is that his startup has a human touch. “We’re enabling human designers to design the genomes of these microbes to get them to do things. It’s a philosophically different approach,” Kelly told TechCrunch.

Synthetic biology is one of the fastest growing areas of tech right now, and Ginkgo is leading the category. Sam Altman

Ginkgo plans to apply some of the funds to build out Bioworks2, an automated machine that calls for an expansion of another 10,000 square feet of space for the startup and will help speed up production. The startup used its Series A funding to build Bioworks1, its first micro bug factory, to produce designer yeast prototypes.

Kelly likened the construction of Bioworks2 to Intel developing a new semiconductor fab and said it was a next-generation model that will allow double production and lend some ammo to the sales team. 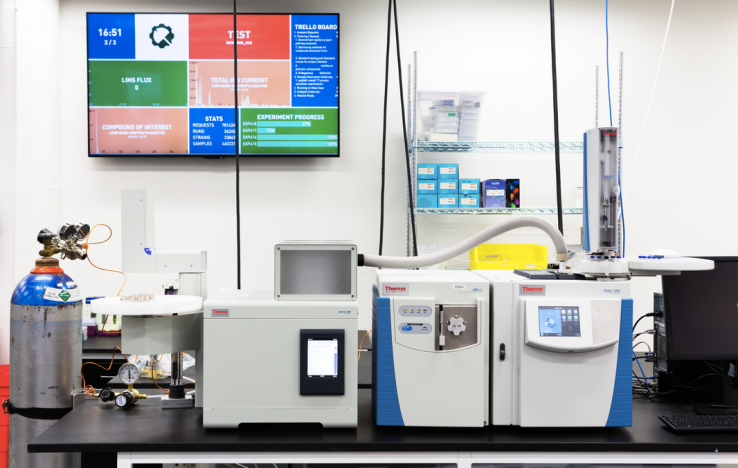 Ginko is also working with DARPA to produce probiotics that will help U.S. soldiers stave off stomach bugs they might pick up overseas. Ginkgo makes these probiotics from prototypes developed in the Bioworks machines and in theory they will work with your gut microbiome to stave off disease.

Ginkgo holds promise for manufacturing not just in rapid production with potentially lower costs, but also for creating new possibilities such as the aforementioned probiotics for soldiers, or the subtle scent of a rose, for instance. Rose fragrance is a scarce commodity, with a major looming global shortage. However, Ginkgo was able to recreate a synthetic and genetically identical rose oil in mass quantities using Bioworks1. It’s a whole new, weird and awesome world of possibilities.