(DISCLOSURE: Two years ago, I drank the purple drink at Yahoo, but I am not a shareholder.)

The company’s gross revenue, before discounting for traffic acquisition costs, came to $1.24 billion in the quarter.

CFO Ken Goldman shared his thoughts on Yahoo beating revenue expectations and touted its reduced workforce (down from a bloated 14.1k in 2011):

In addition to revenue outperformance, we reduced $30 million in sequential cash operating expenses driven by strategic headcount and footprint reductions, tight management of our discretionary costs and the benefit from IP monetization. As we continued to reduce our workforce to fewer than 11,000 full-time employees over the last quarter, we have also continued to realign our resources as we become a more efficient business.

Mobile revenue continues to be an area of growth for the company, which represented 22 percent of its overall revenue this quarter. A jump from 16 percent this time last year.

On the call at 2 p.m. PT we expect to hear more about Yahoo’s continued focus on “Mavens” (mobile, video, native and social), but its CEO Marissa Mayer says in the earnings report that it generated $400 million in revenue this quarter (up from $249M Q2 last year). 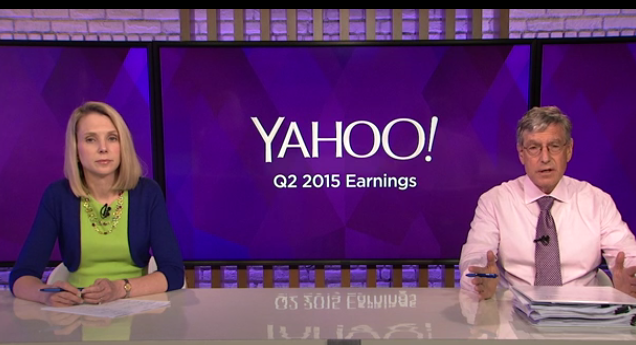 During its earnings call (video), Mayer got right to the point. She shared that overall headcount is down 31 percent during her tenure and jumped into discussing the company’s future with search…lampooning “blue links” and touting its own mobile card display. Clearly a poke at Google.

Tumblr has also been a source of tremendous user growth (particularly mobile), according to Yahoo:

The other point of interest during the earnings call was its recently announced Alibaba stake spinoff. There were no updates, but Yahoo’s CFO did say it’s key to get Aabaco Holdings spun out this year.

Yahoo’s stock is down over 1 percent in after-hours trading. 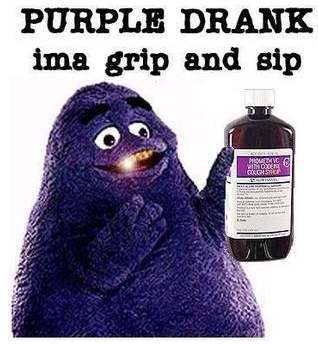