Apple and MTV were supposed to announce the Video Music Award nominees. But it looks like many Apple services are down right now, including the iOS and Mac App Store, Apple Music (and Beats1), Apple TV, the iBooks Store, many iTunes services (iTunes in the Cloud, iTunes Match, iTunes Store, iTunes U) and the Podcasts app.

iCloud services are still up and running, so you should be able to save and retrieve your documents, calendar events, contacts and more.

Beats1 was supposed to announce the nominees at 7 AM PT this morning, but many couldn’t load the station. It’s unclear whether the VMA nominations are the reason iTunes-related services are down right now. MTV sticked to its original plan and shared the nominees on Twitter when Beats1 was supposed to announce them. We will update this post as we learn more.

All Store Services – Some users are affected. Users are experiencing a problem with the services listed above. We are investigating and will update the status as more information becomes available. 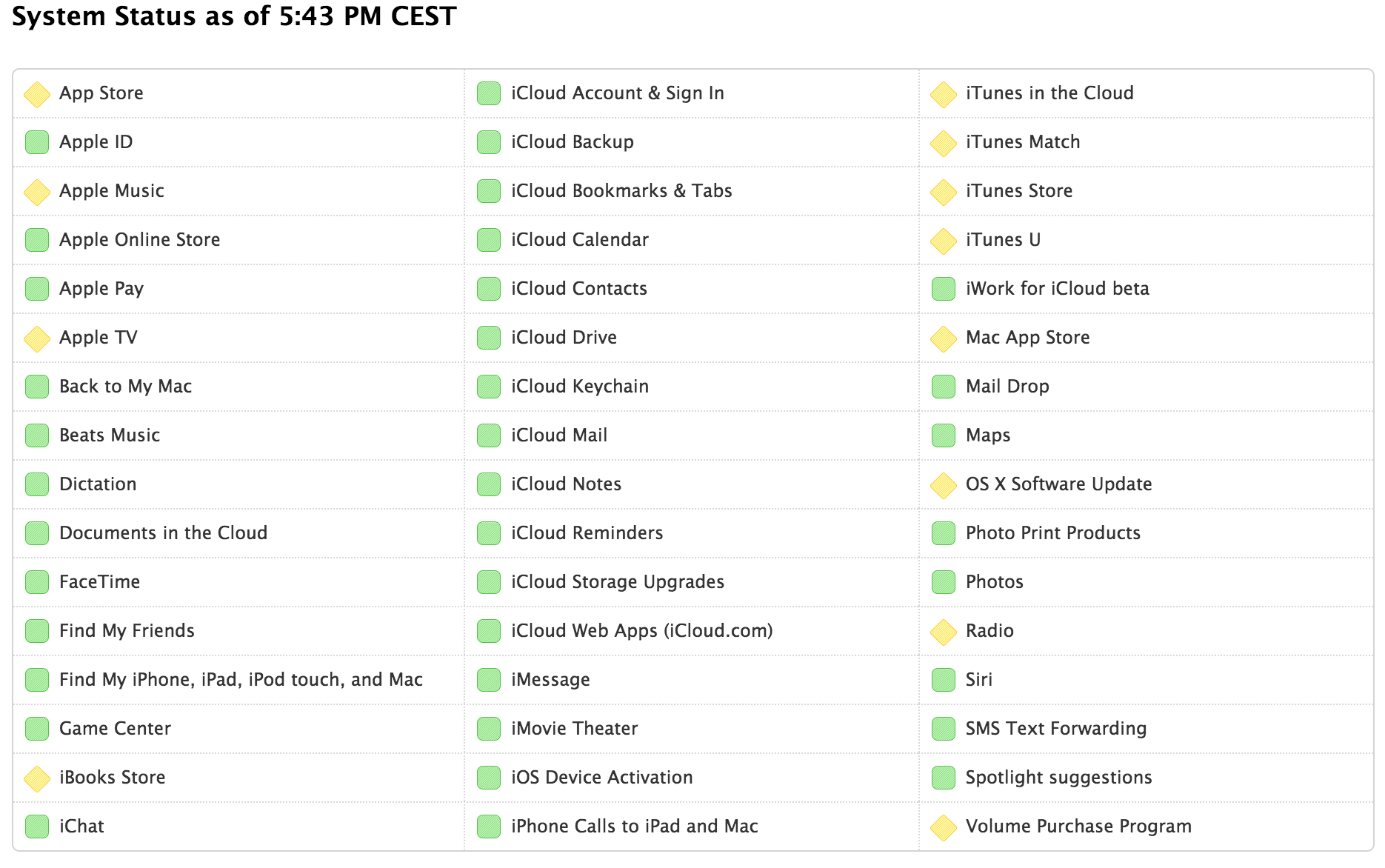