Reddit is taking a firm stance against bullying, harassment, and content that encourages violence, and will hide the worst content from its site. Today new CEO Steve Huffman announced a new slate of moderation policies and is now holding an AMA to discuss them, which is important considering they’re rather vague to begin with.

What’s new is the NSFW tag, which stands for “Not Safe For Work”, which will now be applied to content that “violates a common sense of decency” in addition to pornography as Reddit did before. To view content with this classification, users will now bed required to be logged in, must opt in to seeing the content, it will not appear in search results or public listings, and it will generate no revenue for Reddit.

Huffman also reiterated the site prohibits spam, anything illegal, sexually suggestive content featuring minors, and publishing people’s private information. Most relevant to today’s changes are that it continues to ban:

Huffman explains that this just reinforces Reddit’s existing policy, noting “This is basically what we have right now. I’d appreciate your thoughts. A very clear line is important and our language should be precise.”

On what Subreddits will be banned or hidden, Huffman says “/r/rapingwomen will be banned. They are encouraging people to rape. /r/coontown will be reclassified. The content there is offensive to many, but does not violate our current rules for banning.” The former violates Reddit’s policy banning people from inciting violence, which Huffman details as including “death threats, inciting rape”. The latter will be classified as NSFW and will have its visibility restricted.

As for how these rules will be enforced, and whether individuals or whole Subreddits will be held responsible for violations, Huffman says “We won’t formally change or[sic] policy until we have the tools to support it. Giving moderators better tools to deal with individuals is an important part of this process. Giving our employed community managers additional tools to assist the moderators is also required.”

As for what falls into the category of illegal, a user asked about posting links to pirated content, or discussing ways to grow marijuana. Huffman gave those the OK, saying “At a very high level, the idea is that we will ban something if it is against the law for Reddit to host it, and I don’t believe you examples qualify.”

Huffman responded (emphasis mine) “I can tell you with confidence that these specific communities are not what we are referring to. Not even close. But this is also why I prefer separation over banning. Banning is like capital punishment, and we don’t want to do it except in the clearest of cases.”

This a bit like what some other large online communities. For example, trying to search for a racial slur on Twitter leads it to instead show search results for “biggers”, and only let users see tweets including the N-word if they click through to confirm that’s what they’re looking for. To contrast, Facebook doesn’t seem to limit the searchability of hateful terms and Groups, but suspends users who violate its terms.

Reddit’s in a real pickle. If it left the most horrible content up, it would continue to facilitate hatred while seeing bad press, spooked advertisers, and disgusted users flee the site. But if it banned it all and moved away from the free speech many thought Reddit stood for, it could see an exodus of hardcore users and the unpaid moderators the run the site, plus stoke a war with the trolls.

This issue has been stewing for years, but blew up into a full-scale crisis recently. Firing Victoria Taylor, a contact at the company thatcommunity moderators trusted, incited a backlash and protest leading leading former CEO Ellen Pao to resign. Huffman was brought back to replace her, as he was one of Reddit’s original founders who went on to start travel site Hipmunk. 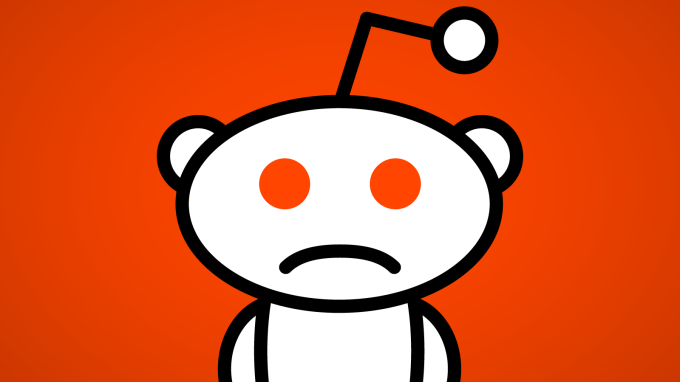 Now Huffman has put forward his slate. Essentially, Reddit will push to get rid of its very worst content that directly bullies people or groups, or encourages users to harm or harass people in the real world.

Then, it will quarantine the rest of the offensive stuff. Users will have to create a Reddit account, find offensive Subreddits without the aid of the internal search engine or public listings, and then have to opt-in in order to view what’s inside. Reddit won’t be earning any money off this content either.

Now we’ll have to see how the community reacts. Some might deem this as destroying free speech on Reddit. Huffman says “the concept of free speech is important to us, but completely unfettered free speech can cause harm to others and additionally silence others, which is what we’ll continue to address.”

However, Huffman counters former CEO Ellen Pao’s suggestion that the changes are driven by Reddit’s desire to clean up the site to court advertisers, he answers “How much of the push toward removing ‘ugly’ elements of Reddit comes from the motivation to monetize Reddit?” saying “Zero”.

Will The Mods Buy It?

If the volunteer moderators strongly disagree with the new policies, they could cripple the site by protesting, blacking out popular Subreddits as they did in response to Taylor’s firing, or refuse to enforce the new policies.

The biggest problem, though, is that what “violates a common sense of decency” is still very vague. Different people have completely different senses of decency. What some call discussion and legitimate opinion, some call hatespeech and bigotry.

Huffman defends this perspective saying an “I know it when I see it” policy for determining indecency “is good enough for the Supreme Court of the United States Of America”, linking to the Wikipedia page about the phrase used by Supreme Court Justice Potter Stewart used.

Still, Reddit may need to outline a more exact description of what does and doesn’t fly. Noting that r/rapingwomen will be banned is a good start. If these policies don’t seem to have riled many feathers or appear a bit toothless, that’s probably a good thing. Reddit could have shredded its community taking the wrong fork in the road today.