For a company like Misfit, which got its start as the maker of an attractive health and fitness monitoring device that women would actually like to wear, it may no longer be enough to be just another Fitbit competitor. That’s why the company has been more recently expanding its product lineup to include a range of connected devices, including also a sleep monitoring system and connected lightbulbs, for example. And today that expansion continues as Misfit unveils “Misfit Link,” a new software application that lets you use a Misfit activity tracker as a smart button that can do things like control your music, your phone’s camera, and soon, Logitech Harmony smart home devices, and more.

To accompany the launch of the Link software, Misfit is also introducing a new, low-cost activity tracker it’s calling the Flash Link, which is now the least expensive device the company sells at $19.99.

The older Flash and the high-end Misfit Shine are getting price cuts today, too – the Flash is now $30 and the Shine is now $70, down from $50 and $100, respectively. However, only the new Flash Link and the Flash will work with the new software, which is debuting today as an iOS application available now on iTunes. 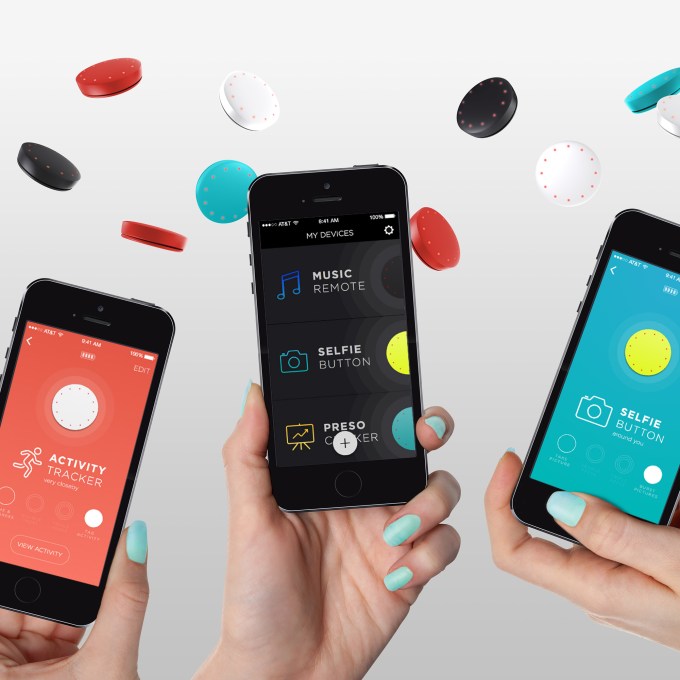 The cost is lower for the non-Shine devices because they’re made using a plastic material, while the Shine is aluminum. The Shine is also waterproof up to 50 meters, while the Flash is water resistant up to 30 meters. All are rounded in shape, though, and feature small LED lights on the front that tell you when the device is syncing, registering your actions, and more. The new Flash Link comes in four colors (black, white, a sort of teal-ish green, and red), and it’s sold with a clip instead of a bracelet.

After installing the Link app, users choose what they want to do via the app’s interface – for example, control their Spotify or Pandora music, take a selfie with their camera app or Snapchat, or control a slideshow using the Flash or Flash Link as a clicker. Of course, the app also includes an activity-tracking function as well.

The hardware itself uses actions like double presses, triple presses, single presses, presses and then hold, and more in order to do things like skip songs, lower the volume, or advance slides, for example. You can also use the app to turn off and on Misfit’s own Bolt lightbulbs, or even call yourself in order to locate a missing phone – the latter which makes the smart button something of a competitor to a lost item finder like Tile. 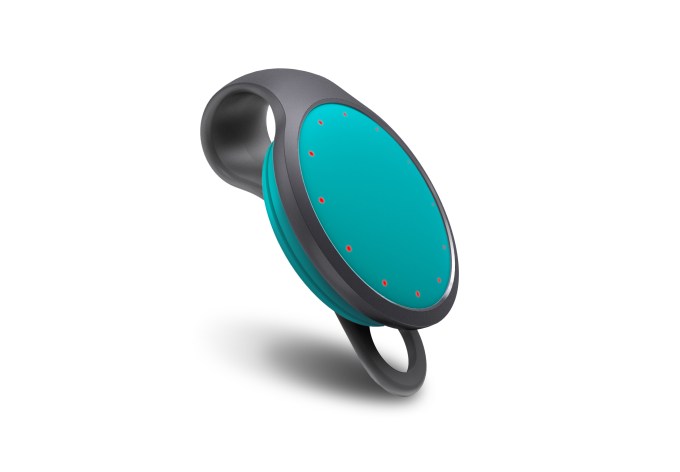 However, once you connect a Flash or Flash Link with the Link app, if you then choose to sync the device with Misfit’s main app, it will continue to track your activity in the background, but won’t show your progress toward your daily activity goal.

The company says that the iOS version will be followed by an Android release next month, and it’s working on Logitech Harmony Home Hub integrations as well as support for IFTTT. The Flash Link hardware, meanwhile, will be available later this quarter in retail stores worldwide. You can also order it online via Misfit’s website here.