Yik Yak wants to let you share what you’re seeing without anyone knowing who you are.

The anonymous social app today announced that users will now be able to share photos on the service. The company had previously been testing photos in a few Yik Yak communities, but will now roll out the feature to all users.

The company will be moderating photos before they appear in the Yik Yak feed, and (as expected) will have a lot of restrictions. These include no inappropriate photos (the company defines this as anything you wouldn’t send to your mother), or illegal content.

Notably, the service is also banning faces in local feeds.

However, photos of people will be allowed in photo collections within the Explore section of Peek, which has a broader audience than just your specific campus or city.

More specifically, these collections will display a grid of popular photographs submitted from anyone in a specificed location. 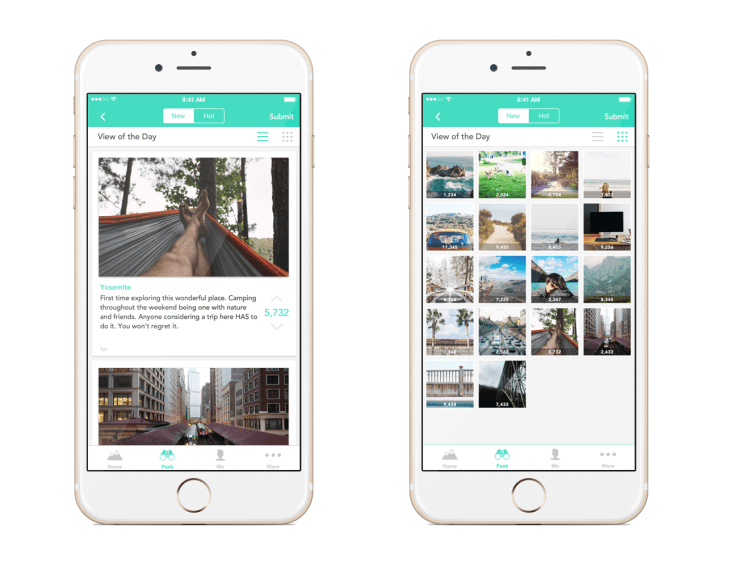 The company is also introducing phone number verification to help combat spam (and presumably inappropriate posts) and will mark the first time that Yakkers will have to sacrifice their total anonymity.

This seems like a small price to pay to keep spammers from constantly starting new accounts, especially since posters will still be 100 percent anonymous to other users in the app.

Yik Yak is still trying to preserve much of the look and feel of its text-heavy app by having photos appear as small thumbnails in posts on the Nearby and My Heard pages. Now defunct competitor Secret wasn’t so wise when it shocked its community with a massive redesign that cloned Yik Yak’s interface and ditched the full-size photos it was known for.

The company is rolling out photos over the next few days, and also teased that more photo features will come very soon.