Video has been one of the fastest-growing content categories on Facebook of late, with 4 billion daily video views on the site as of last quarter. Now, the social network wants to expand that even more.

Facebook has confirmed that it has quietly started to test a “Watch Later” button for videos on the desktop — a little tab that appears as an overlay in the upper right corner of the video when you pass your mouse over it, or scroll past it — to get you to save and consume more of the videos that appear in your feed.

The new feature puts Facebook’s video user experience more on par with that of YouTube, Facebook’s great rival in the category. YouTube also offers a “Watch Later” feature for its videos (seen here on the right).

Facebook’s Watch Later comes almost exactly a year after Facebook rolled out Save, an Instapaper-like feature to tag links to articles, places and media so that you can look at them later. As with saved stories and other links, videos you tag to Watch Later get collated in your “Saved” folder, which appears in the left column on desktop and in the “More” menu on mobile.

Watch Later goes a step beyond what Facebook was doing before, and as an option for videos it is much more more direct. The “save” option was originally launched in two places: as a button in the lower right corner, and in the drop-down menu in the upper-right-hand corner of a post. 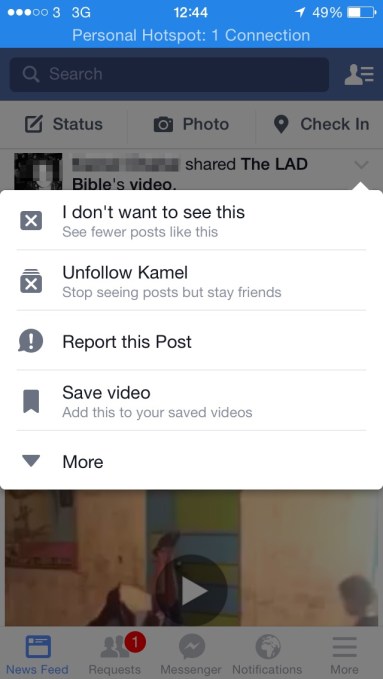 The button option seems to appear only on non-video posts, and on videos the drop-down option is not particularly user-friendly: You have to think about saving a video in the first place, then navigate to the corner, click to open the menu, and click again to save. (This is also what you still have to do on mobile, as seen here on the right.)

I suspect that means the save feature hasn’t been used all that much on videos.

Watch Later, on the other hand, is much more visible. It appears on a video in bright white lettering if you mouse over the video while watching it — and (perhaps more relevantly) the button also pops up as you are scrolling past a video when you browse your feed for something interesting.

As with the bigger Save feature, Watch Later is generally a way for Facebook to get users to dwell a little longer on the site, and to engage with more of the content posted by their friends and others that they follow on the social network.

More specifically, however, it plays into a much bigger emphasis that Facebook is making to grow its video business, and the lucrative rich-media ads that would come along with it.

Despite video ads being a magnet for big brands and big advertising dollars, Facebook has been relatively slow in rolling them out.

Those 15-second autoplay video ads that seem so ubiquitous today, for example, only appeared for the first time in March 2014. And in its last earnings call, COO Sheryl Sandberg noted that it was still early for video, and that the format of ads will essentially follow how people use Facebook.

In the meantime, Facebook has been making various tweaks to improve not just the video experience for us users, but also the data behind how videos are viewed.

In June, the company doubled down on this front, releasing in one day both a new video analytics dashboard for Page owners with more granular data about how their videos fare; and a new change to its News Feed algorithm to highlight videos that tend to be watched unmuted, in full screen, and HD.

In that vein, a Watch Later button could serve two purposes for Facebook. It would provide one more way of capturing audience for videos (and video ads). And it could help Facebook collect new data points on what videos are interesting enough to save, if not to view right away. 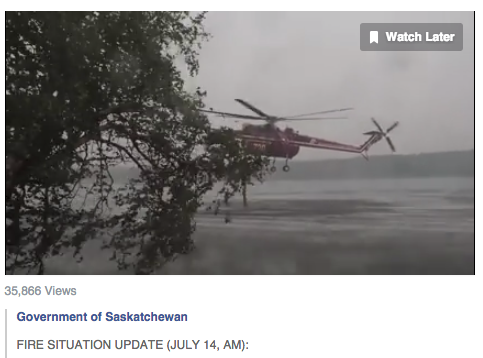