Google today announced a new feature called Purchases on Google, which will make it easier for consumers to buy products directly from mobile search ads.

The Wall Street Journal first reported that this was in the works back in May, with Google confirming the broad strokes of the news later that month.

For consumers, this will mean that you’ll see be a “buy” button in some promoted mobile search results, taking you to a page where you can buy the advertised product.

To be clear, the merchants will still handle the actual product fulfillment, although the pages will be hosted by Google. The company emphasized that it’s trying to reduce the friction in mobile purchases without interfering in the relationship between merchants and consumers. That’s why the purchase page will carry the merchant’s branding, and if the product isn’t exactly what the shopper is looking for, they’ll even be able to search for other products.

At a press event in New York City this morning, Google said it’s testing this feature with “a dozen or so” retail partners over the next few weeks, with plans to then make this more broadly available to advertisers in the United States, and “much more scale” throughout the United States by late 2015 or early 2016. 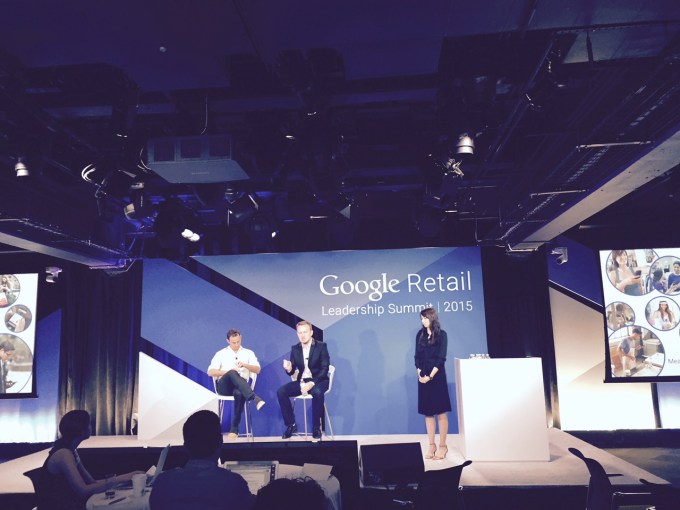 Update: You can read more about Purchases on Google, and other shopping-related updates, in this Google blog post.