Facebook told businesses to buy Page Likes for years, saying that’s how they could reach people through the News Feed. But over time, a natural increase in competition for space in the feed plus increased restrictions on promotional and marketing posts have eroded the reach of Pages, and subsequently some of the value of Page Likes. 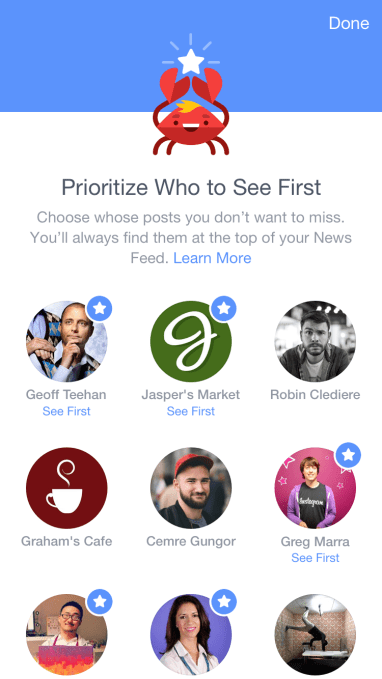 Now Facebook has created an echelon above Likes. A new bar for Pages to push for if they want an intimate/lucrative relationship with people who care about them. It’s called “See First”. Starting in the U.S., users can now go to Pages, friends, or public figures’ profiles and add them to their See First list that’s managed in the revamped News Feed Preferences. Getting added to that list guarantees all their posts will appear at the top of a user’s News Feed with a blue star.

Compare that to the small, dwindling fraction of a Page’s fans who Like them that see each of their posts, and you’ll understand why I call See First the new Holy Grail for social marketers. If they can get added, they’ll benefit from not only their mot popular posts reaching someone, but anything they post…including overt marketing or sales messages that Facebook tends to hide in the News Feed. It’s these posts that actually sell things or drive traffic away from Facebook that earn marketers the most.

The feature could let Facebook users tailor their feeds to very specific purposes rather than a mix of everyone they’ve friended or followed. For example, setting a few blogs and newspapers as See First will basically turn the top of your feed into a news reader. Add fashion brands or ecommerce platforms and it becomes a shopping discovery site. Select athletic teams and players and it becomes your sports page.

Greg Marra, the Facebook product manager in charge of See First downplayed the impact of See First on marketers, saying “I don’t think the impact is going to be very large.” But I’m not totally convinced. Facebook knows the feed is a shaky boat, and rocking it scares marketers, so it’s sensible for it to downplay the influence of new features. 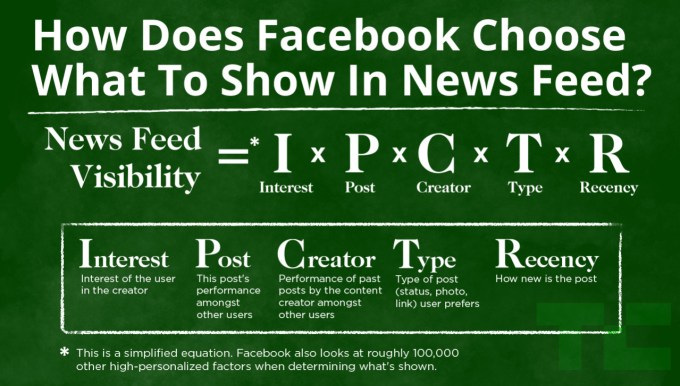 Think of it this way. If people use See First, they’ll probably only add a few of their very favorite Pages. Think premier brands and public figures like Red Bull, Katy Perry, Converse, Cristiano Ronaldo, The Walking Dead, or The New York Times. They’ll enjoy a big boost in reach at the expense of all the other Pages someone’s Liked. For mid-quality Pages that don’t get added to See First, the feature could push their posts even further down the feed.

But it’s the Pages that paid for their Likes that might get hurt the most. Many bought ads to gain Likes, assuming the reach those connections provided would stay constant. Some might not have fully understood that the News Feed would only display posts to more people if they were popular amongst those initially shown them. Or that if someone repeatedly skips over their posts without clicking or Liking when they do see them, that person is less likely to see that Page’s posts in the future.

Essentially, a Like only benefits Pages if they’re publishing content people enjoy, and the likelihood that people enjoy their content is much lower if they had to secure their Like with ads rather than someone seeking them out organically. See First exacerbates this natural selection. Someone who didn’t really love a brand in the first place but Liked it from an ad probably isn’t going to See First them. 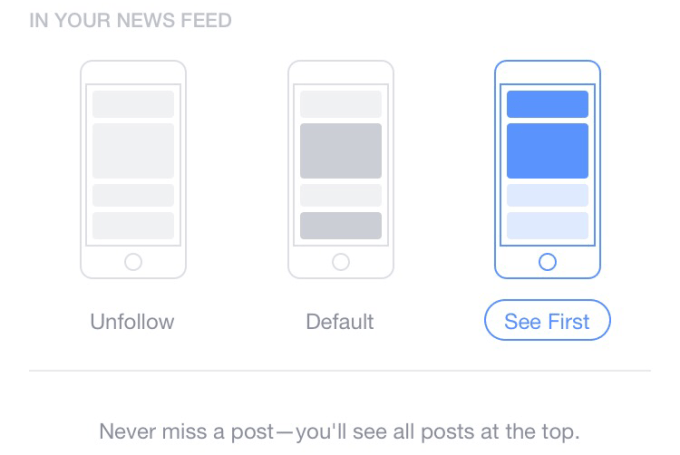 As I wrote this morning “Facebook never really apologized for charging businesses for something that became less valuable with time.” Instead, it’s only further squelching the value of a Like by introducing See First.

The feature is almost inarguably good for users, and therefore for Facebook itself and the league of marketers as a whole. If the feed is full of boring stuff people don’t want to see, they have a poor experience, won’t come back, and then there’s no reach for anyone. I’m not saying Facebook shouldn’t have launched See First.

But marketers who thought the Like was the destination are going to have to face the tough reality of the feed economy’s ongoing journey. Those who thought they just had to publish good content may find they need clever new ways to convince users to add them to See First. And marketers who paid for Page Likes might be more skeptical next time Facebook asks them to pay for something.

Facebook is all about putting the user first. But letting them choose what they See First could make the time it takes for some marketers to recoup what they paid for Likes last even longer.