Music streaming is the topic of the moment after Apple finally unleashed Apple Music. Good timing, then, for Saavn — one of a handful of streaming services dedicated to India — to announce a $100 million Series C round led by Tiger Global. The company plans to invest the money scaling its service and moving into video.

A spokesperson confirmed to TechCrunch that the round values Saavn, which was founded in 2007 and is headquartered in New York with offices in India, at $300-400 million.

In addition to Tiger Global, which has been on a spree backing a range of India’s top tech companies since raising $2.5 billion for new deals last year, existing investors Bertelsmann India Investments, Steadview Capital, Liberty Media, and Mousse Partners took part. Saavn revealed also that it added a number of new backers, including Quilvest, unnamed hedge funds from Hong Kong and “a number of strategic individuals.” Its previous fundraises were undisclosed.

The company is one of a handful of locally-focused music streaming services which are battling it out as smartphones sales increase across India, bringing internet access to hundreds of millions for the first time. Other rivals include Gaana.com from media giant Times Internet, Rdio — which acquired shuttered Indian rival Dhingana and launched in India this year — and music and video service Hungama, which raised a $100 million round of its own earlier this year.

Saavn claims to now have 14 million monthly active users, that’s up from 11 million in January of this year. CEO and co-founder Rishi Malhotra told TechCrunch that the service is adding more than one million MAUs per month, and he expects that it will surpass 20 million MAUs by the end of the year. For comparison, Spotify recently claimed to have 20 million paying users — and an additional 55 million on its free service — but it does, of course, cover over 50 international markets. (But not India, yet.)

Since Saavn is focused on India — Malhotra said it has a sizable presence within the Indian diaspora overseas, and in the Middle East — there are major differences between it and its global peers.

Importance Of Mobile And Ad-Supported Models

Mobile is one thing. Spotify recently reached a major milestone when it reported that 52 percent of its music consumption happens on mobile. Malhotra revealed that a whopping 90 percent of Saavn’s users — let alone plays — are on mobile. But that’s not all, Android is the mainstream mobile operating system in India, so that is a major factor for Saavn.

“There are local nuances [in India] that you have to learn from a product perspective,” the Saavn CEO told TechCrunch in an interivew. “Android proficiency is one of them. We became a front runner on Android streaming.. that’s obviously necessary when 80 percent or more devices shipping [in the market] are Android.” 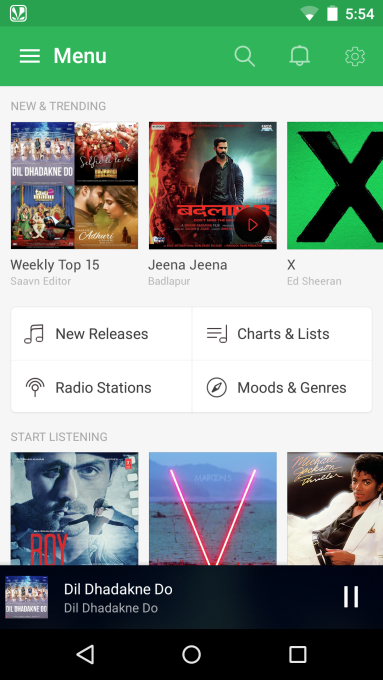 Beyond mobile and Android, another consideration is consumer culture.

That’s to say that, Malhotra — and many others — believe that consumers in India and other emerging markets are less open to paying for services. Even though Saavn’s lowest ‘pro’ deal is priced at just 120 INR ($1.90) per month.

“It’s not only India, but we believe that emerging markets will be driven by intelligent ad support systems for some time,” he said.

The company has doubled down on its advertising system, and it plans to invest in growing its sales force.

With that in mind, it’s interesting that a number of other rivals — most notably Apple Music — do not offer ad-supported, free options within their primary service.

That could automatically cut them out of a large segment of the market in India.

Going a step further Apple Music — which is due to get an Android client this fall — will really need to execute on Android to have a chance of mainstream adoption in India, despite being priced at just $2 per month in the country.

“It’s one of the greatest product companies in the world, we all owe a lot to apple,” Malhotra commented. “But it’s that Android base that has become the world’s smartphone. Plus, if you’re outside of a first world market, your ad systems are going to be critical for monetizing.

“I wouldn’t write Apple off by any means, but I do think our strength is that our singular priority is the Indian market.”

Music aside, Saavn has grander media plans, and that includes a foray into video services.

“The real purpose of this raise is to continue developing our product, acquiring a larger userbase, and investing in the right components that make a healthy media company,” Malhotra said.

“We want to become an entertainment ecosystem for mobile,” he continued. “That means new audio products and also video, absolutely. The exciting thing about the [Indian] market that we can be part Spotify, part Pandora, and part Netflix.” 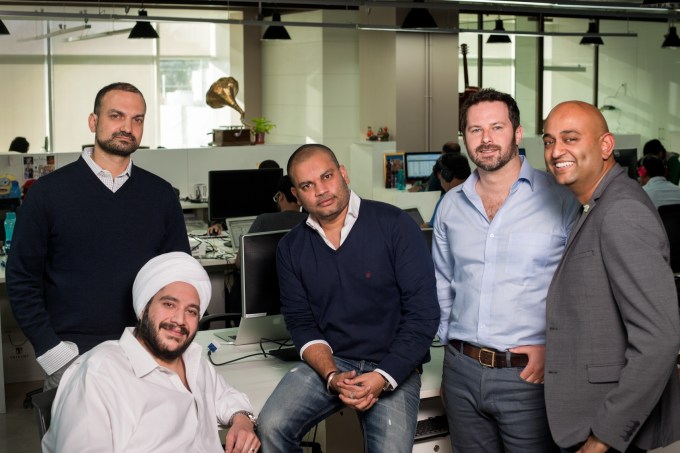 Spotify is in the process of making a similar move, but it’s something that has greater synergy in India, where top albums and new song releases are often directly related to the latest Bollywood films. That combination is exactly what Saavn rival Hungama is looking to crack, although critics have said the company has failed to adequately focusing on serving up both music and video content to date. Saavn, which is a far younger company, believes it can bring a freshness to that space.

In its favor, it now has the backing of Tiger Global, the hyper VC firm from New York that seems to have bought its way into the most promising startups across India’s tech scene, including Uber rival Ola, e-commerce heavyweight Flipkart, and mobile messaging app Hike.

“[Saavn] has built a leadership position in a unique marketplace while at the same time developing a world-class music service. We’re excited to support Saavn as it continues to define India’s mobile entertainment market,” said Tiger Global partner Lee Fixel, who has overseen a number of the firm’s biggest investments in India, in a statement.