As wearable activity trackers get increasingly smart and complex, Fatigue Science is measuring one thing and one thing only — how we sleep.

Fatigue Science’s Readiband looks very similar to a Fitbit or Nike Fuelband. It has a 3D accelerometer that tracks movement, impact, velocity, speed and frequency, a battery that lasts 60 days between charges, and it’s both water and pressure resistant.

The band alone is not a revolutionary development, considering that even the most basic wearable fitness trackers can monitor when you’re asleep. 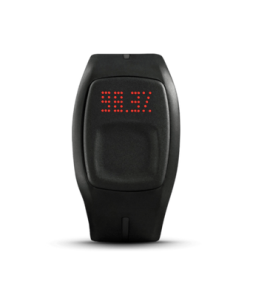 Fatigue Science has the ability to detect sleep quality at 93 percent of the accuracy of a hospital sleep lab, but the real feat is their ability to predict human effectiveness and reaction time. The startup takes the sleep data captured by the band and runs it through a biomathematical model developed by the U.S. Military.

This level of accuracy may not be essential for most of us, but for elite athletes who are required to be in top physical condition, understanding quality of sleep and how it affects performance can be a game changer (literally).

The Seattle Seahawks, the Seattle Mariners, the New York Giants and the Dallas Mavericks are among a growing group of pro sports teams that have their players wearing the Readiband at night.

With Fatigue Science’s Team Platform, a dashboard that aggregates data collected from all players wearing the band, coaches can make informed decisions about training and scheduling to make sure athletes are fully rested at game time. 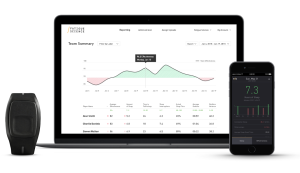 “If the Seahawks, for example, have to cross multiple time zones to go play in New York on Sunday night, they need to be able to plan in advance the right amount of sleep for their players so at game time they’re playing their best,” says Fatigue Science CEO Sean Kerklaan.

“If management can determine that the travel schedule affects their players’ ability to be ready for practice the next morning, maybe they should cancel that practice,” he says.

By aggregating individual sleep data across an entire sports team, doctors and coaches can analyze how long it takes for players, on average, to fall asleep after a game, how much the team is sleeping when they have days off compared to when they’re playing and traveling, and how all of this effects game-time performance.

Kerklaan tells me that the U.S. Men’s National Soccer team used the band to measure which players were mature about their sleeping habits before going to the World Cup in Brazil this year.

And professional sports is only one application of this technology. Fatigue Science has partnered with construction equipment manufacturer Caterpillar to prevent employees from operating heavy machinery when they’re sleep deprived.

For the time being, the company is solely focused on tracking sleep and fatigue, but it plans to open its API in the near future so that users can plug in data from other sensors.

“We get a lot of questions about pulse, heart rate, sweat and other sensors,” says Kerklaan. “Our position is that none of that is scientifically valid for helping you understand how fatigued you are, but our API will enhance that research and correlation.”

Fatigue Science closed $3 million in seed funding last Fall from a handful of strategic angels, and Kerklaan says they’re taking their time raising a Series A because the business is cash-flow positive.