Snapchat wasn’t built to be a mobile television but that’s what it’s become. Having to keep your finger held down on the screen to view worked fine when people were just sending 10 second private snaps. But now amateurs and budding social media stars alike are recording multi-minute stories each day. Plus, Snapchat’s monetization depends on people staying glued to long-form, crowdsourced Our Stories about events where it inserts ads. 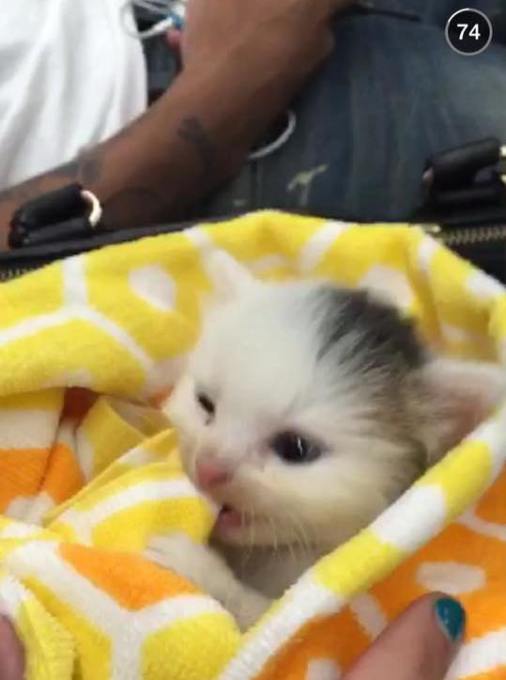 So today Snapchat dropped tap-and-hold in favor of just tap-to-view. You’ll still tap again to fast-forward to the next clip in a Story,  but you’ll swipe down rather than releasing a finger to close it.

This should make watching long stories less exhausting on the phalanges. If long-form view counts rise, users might be more excited to make extended Stories. But this is a double edged sword. The change also makes it easier to look away from the screen while Snaps play. The undivided attention commanded by tap-and-hold-to-view made Snapchat both more intimate, and more attractive to advertisers. Now Snapchat can’t promise users are constantly looking at the screen.

Snapchat already had a smart way to let people follow you called Snapcodes. These personalized QR codes with black dots surrounding the Snapchat Ghostface Chilla logo could be scanned by someone else’s Snapchat camera and they’d instantly follow you. Now Snapchat has made following friends and growing your own audience easier in four ways. 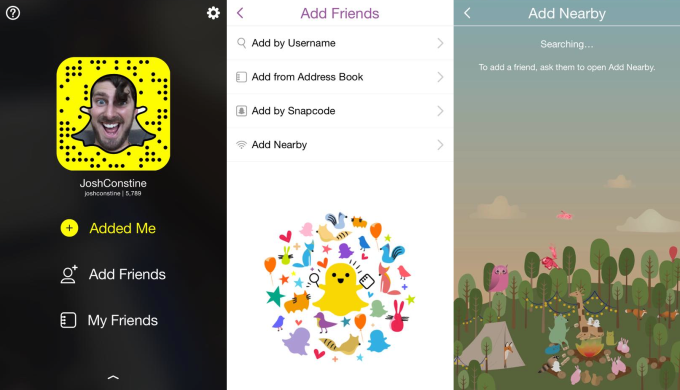 Add A Selfie To Your Snapcode – Swipe down from the camera to see your Snapcode. Tap on it, and you can shoot a series of 5 selfies to put your face or whatever else inside the Snapchat logo, personalizing your Snapcode.

Save your Snapcode – After tapping your Snapcode, a button in the top right corner lets you save it to your camera roll or share it elsewhere. 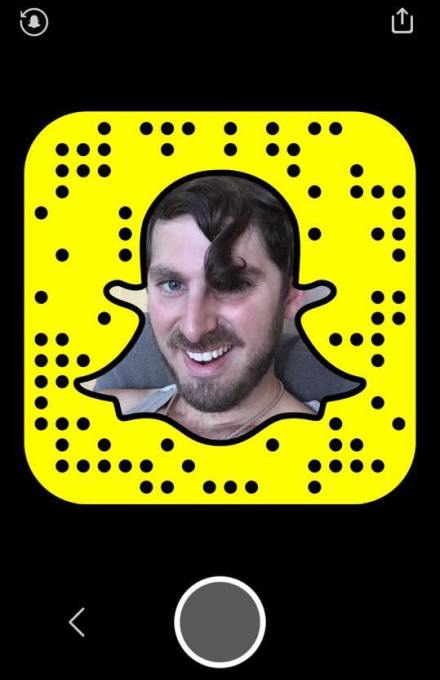 Scan Screenshots Of Snapcodes – Previously, you could only scan a Snapcode with your Snapchat camera. That was easy in person as someone could whip theirs out and you could focus on it, or you could scan them off a computer screen. But if all you had was a mobile phone, someone couldn’t just text you theirs and you couldn’t discover them online. Now you can screenshot someone else’s Snapcode, then go to the Snapcode menu, select Add Friends, then Add by Snapcode, and you can pick one out of your camera roll.

Add Nearby – Sometime you meet someone or a whole group of people IRL and want to add them. Now rather than fumbling with usernames or Snapcodes, you can open Add Friends, then Add Nearby, and Snapchat will use your location to figure out what other users in your proximity also have Add Nearby open. You’ll appear in each other’s Nearby lists for quick following