This $4500 camera turns the real world into the virtual one. Today, Matterport’s hardware is a hit with real estate agents. But fueled by the $30 million Series C it just raised, Matterport’s software and partnership with Google’s Project Tango could let you wave your phone around to create VR tours of anywhere you want.

For example, here’s Matterport’s VR version of a San Francisco art gallery I work with called The Sub.

It used to take a $50,000 rig to do that until Matterport democratized capturing interior spaces for VR. It’s sold thousands of its cameras that have generated tens of thousands of virtual scenes explored by over 1.2 million unique viewers per month. CEO Bill Brown tells me “We could very easily make this a cash flow positive business based on our revenue today.”

Instead, Matterport wants to be more than a camera company. Its investing its new round into becoming the software layer that stitches images together into VR. That business is poised to explode once smartphones can serve as the cameras and source images flood in.

You can watch our quick demo of Matterport’s camera and software, plus an interview with its founder and CEO above. 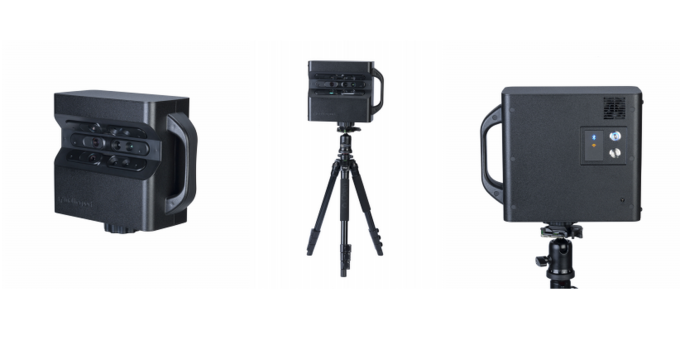 Matterport spawned out of the Xbox Kinect hacker scene in 2010. Founder Matt Bell had been working for a gesture recognition company that relied on a $50,000 camera and expert operators to produce a huge CAD file that could only be accessed through a specialized application. Bell was flabbergasted by the power of the $150 Kinect. He realized the potential for a relatively cheap device with similar technology that could let anyone map out rooms to create 3D models accessible straight from the web.

Bell teamed with David Gausebeck, who devised the first commercial CAPTCHA security system at PayPal. The team plowed through Y Combinator and raised a $1.6 million seed in 2012 from DCM, a $5.6 million A from Luxe, Rothenberg Ventures, BoxGroup, and Greylock, plus $2.8 million more from Sling Media CEO Blake Krikorian and Crate & Barrel founder Gordon Segal.

A year ago, Matterport got serious about the commercial market, and raised a $16 million Series B led by DCM to chase the real estate vertical. Along with courting agents, Matterport targeted the companies that help real estate workers photograph properties. 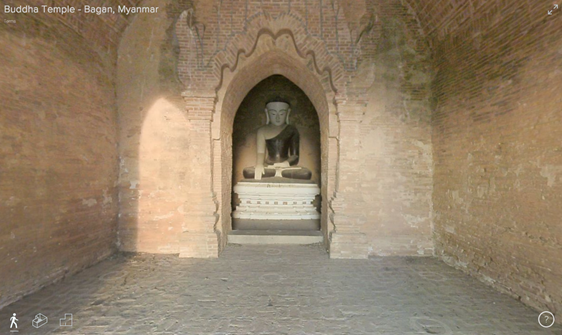 But selling $4500 professional VR cameras is becoming Matterport’s side-hustle while its focus shifts to mobile. It recently struck a landmark partnership with Google’s Project Tango, an indoor VR mapping project that simply uses a smartphones camera as the scanner. The plan is for Intel to provide its RealSense VR sensor hardware, Google to power the scanning software, and then Matterport to stitch the imagery into immersive VR scenes.

Here’s a demo of the Tango-Matterport tech in action:

Matterport will be hiring out a top-notch team to make mobile VR scanning a reality thanks to the $30 million Series C led by Qualcomm Ventures and joined by GIC, DCM, Lux Capital, Felicis Ventures, and other previous investors. The goal is to produce an SDK and APIs that will let other apps host Matterport’s image stitching to present VR experiences to the public.

If Matterport can make itself an indespensable part of this technology stack, it could enjoy a healthy future business beyond slinging cameras to real estate agents. Today when we think of social media, we think of text, flat photos, and videos.But with Matterport’s help, we could soon be sharing not only a photo of a party, but an immersive 360-degree window into what it’s like to be there.