Workplace collaboration platform Slack has been a runaway success since opening for business just over a year ago: the company co-founded and led by Flickr founder Stewart Butterfield now has 1.1 million daily active users, with 300,000 of them paying for premium tiers of the service bringing in annual recurring revenue of $25 million. Now, Slack is stepping up its game and getting more serious about how it builds out its wider ecosystem. April Underwood — a longtime director of product at Twitter — has been appointed Slack’s first head of platform, a new role at the company.

Underwood, who is also a Google alum, left Twitter in February this year after nearly five years at the company, a time when Twitter grew from juggernaut startup to publicly traded tech giant. In her time, she oversaw the integration of acquisitions; features that took Twitter out to the wider web (search deals, the “Tweet” and “Follow” buttons and more), and its advertising API. 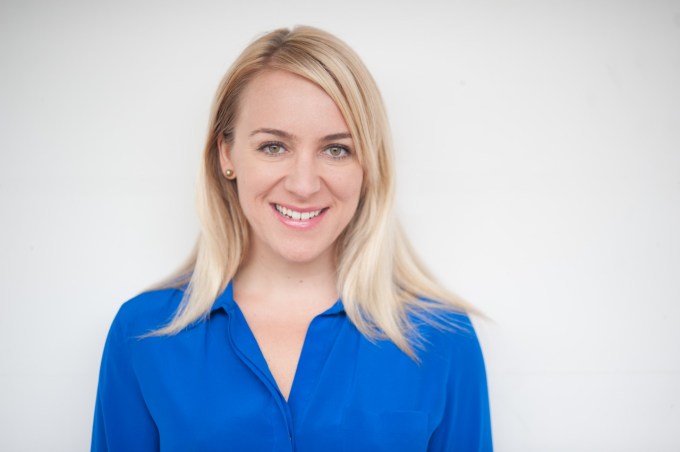 “I left not knowing what I would do next,” she told TechCrunch in an interview. “I took off and was focusing on angel investing,” something she says will continue, “but I knew I wanted to join another company at same stage Twitter was at when I joined there. As I learned about Slack and Stewart’s vision for the platform it was clear it was a good fit. Stewart sees an opportunity to invest more heavily in platform, and we’re focusing on growing the team and building more products.”

Indeed, running platform is a pretty central role for Slack today and for how it will develop as a business in the future. That’s because part of the appeal of the product, and one of the reasons it’s used quite as much as it is, is because of how it has positioned itself as a central communications hub — not just for people who work together but for the applications that they use all the time to get their work done.

There are now 100 integrations on the Slack platform, from Giphy gifs to express your feelings about something visually to your co-workers; to Mail Chimp for tracking and following up on marketing efforts; to Crashlytics to monitor your mobile app’s performance or monitor and act on help tickets from Zendesk. To date, Slack has seen a staggering 900,000 integration installs of services like these, and appointing a head of platform is a sure sign of how it plans to position itself as an even stronger hub in the future.

(Cleverly, some of the stickiest of those integrations also directly help build Slack’s revenue. The company bases its paid tiers in part around storage allowances, as well as analytics around how those integrations are used. The more integrations you offer, the more your company will need to sign on to the paid tiers of the service. Today, some 30 million messages are sent each week on the platform.)

Underwood has a strong background that should help her build the existing platform business even further: in addition to the experience she has working with developers at Twitter, she herself has an engineering background from periods at Intel and Travelocity.

Underwood is due to start at Slack next month, and while she works more with developers and startups through her new role, she will be speaking to the startup community through another channel, that of angel investor. Underwood says she is “absolutely” staying involved in #Angels, as her Twitter-alum investing group is called. “One of the things in the group is that we are all operators,” she said. “I was actually in the minority by not being in a full-time operating role.”