Commercializing a new tool to bring the basic eye exam into the palm of a doctor’s hand could save the eyesight of nearly 1 billion people worldwide.

That’s the goal that Zhou Yaopeng and Marc Albanese, two former photonics researchers who met at Boston University nearly a decade ago, have set for themselves and for their two-year-old startup, Smart Vision Labs.

The company has just raised $6.1 million in its first major round of institutional funding from a group of investors led by Techstars Ventures. Other investors in the round included Heritage Group, Connectivity Capital, and Red Sea Ventures.

Smart Vision’s device, the SVOne, is based on initial research that Zhou and Albanese conducted while at BU. It’s a piece of hardware that attaches to an iPhone to provide mobile vision exams. Traditional devices, which measure what’s called wavefront aberrometry, can cost anywhere from $20,000 to $40,000. Smart Vision Labs’ co-founders say they’ve managed to drive the cost down to $3,950.

Beyond the fact that Smart Vision is working to solve a problem that can improve the quality of life for millions of people around the world, the technology is impressive in that it opens up yet more avenues for mobile devices.

Everyone talks about the phenomenal computing power available in mobile devices, but Smart Vision’s tech is one of the few that harnesses mobile computing in a novel way that make the device a new technology platform for healthcare. 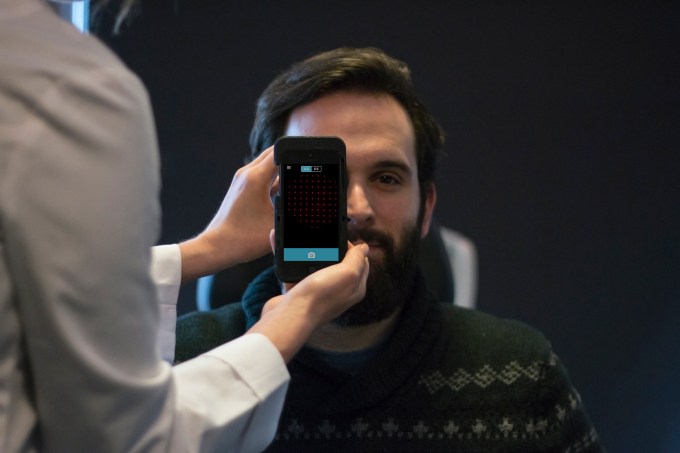 It’s been two years since Albanese and Zhou first concocted the idea that would become Smart Vision Labs. The two former colleagues reconnected at NYU where Zhou was studying business at Albanese’s alma mater. The idea won NYU’s Entrepreneur Challenge , and would go on to receive a $1 million Powerful Answers Award, from Verizon (the new owner of Aol, which is the parent company of TechCrunch. Hi bosses!).

“This is a product that is solving a lot of problems for everyone,” says Zhou. “That really had a lot of appeal to us.”

Indeed, in the US alone less than half of the 200 million people who wear corrective eyewear visit the eye doctor as often as they should. Smart Vision Labs wants to make the process of the eye exam as easy as possible.

National Vision Inc., one of the largest eyecare chains in the country is a seed investor and a partner with the company, and Smart Vision is already generating revenue selling its devices.

“The money is really going to be used to scale out our operating team and engineering team and getting ready to figure out how to really use this technology,” says Zhou.

While applications in emerging markets are enormous, and the company has already tested the device in Mexico, Guatemala, and Haiti, the initial focus for Smart Vision will be entirely on the US market.

The potential size of the market was enough for Techstars to lead the investment round in Smart Vision — a first for the firm’s latest $150 million early stage investment fund.

“This is the first one where we are the sole lead,” says Ari Newman, a partner at Techstars Ventures and a director on the Smart Vision board. “We have a very strong conviction about this one.”

For Newman, the team, the tech, and the target market all aligned to make the deal persuasive. “ODs [doctors of optometry], and doctors get to put something in the palm of their hand that used to be a 40 pound machine,” says Newman. “Down the road, the number of applications for this technology is much bigger.” 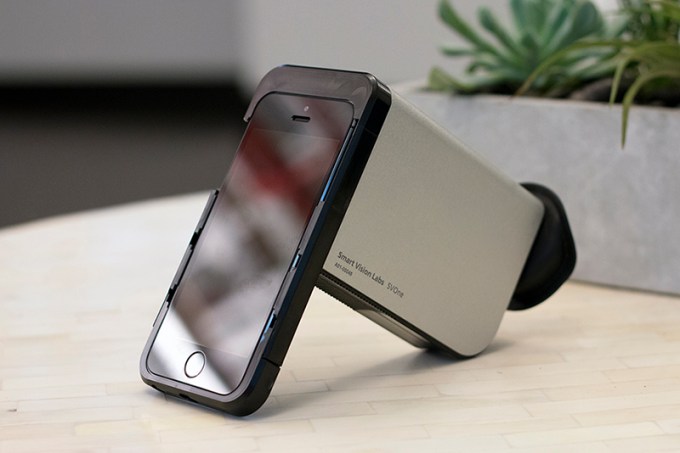