Microsoft’s E3 2015 press conference just ended. And unlike in years past, the company actually showcased games. Imagine that: Showing off games at a gaming conference.

This is novel for the Xbox One era. Microsoft finally remembered what the Electronic Entertainment Expo is all about. Games and more games.

The last two years Microsoft used their E3 press conference to show off the Xbox One’s versatility. The console is part media center and part gaming machine and Microsoft’s E3 strategy previously highlighted that versatility. But E3 is the wrong venue to do so.

At E3 2013 and E3 2014 Microsoft took heat for droning on about how the Xbox One would become the center of everyone’s living room experience. The company brought out media partners who would praise the company’s media center ambitions. And then, after that dog and pony show, if there was time, Microsoft would show off the next Halo and Gears of War game.

Since launching the Xbox One at E3 two years ago, Microsoft has stayed true to its original course. The system is still designed to be a media center that can play games. Microsoft is continually updating adding new media center features including most recently, releasing a 1TB model and an over-the-air tuner.

The Microsoft executives that took the stage today constantly mentioned how they have listened to the fans and are improving the Xbox One experience. To that end Kinect wasn’t mentioned at all. Microsoft seems to have moved past motion control to the world of augmented reality and virtual reality and today announced a new partnership with Valve.

Microsoft is still striving to make the Xbox One a media center. That hasn’t changed. But Microsoft is clearly trying to regain the love and respect of gamers that it lost after launching the Xbox One.

And if you missed the press conference, Darrell and Romain liveblogged the event for TechCrunch’s staff back channel. 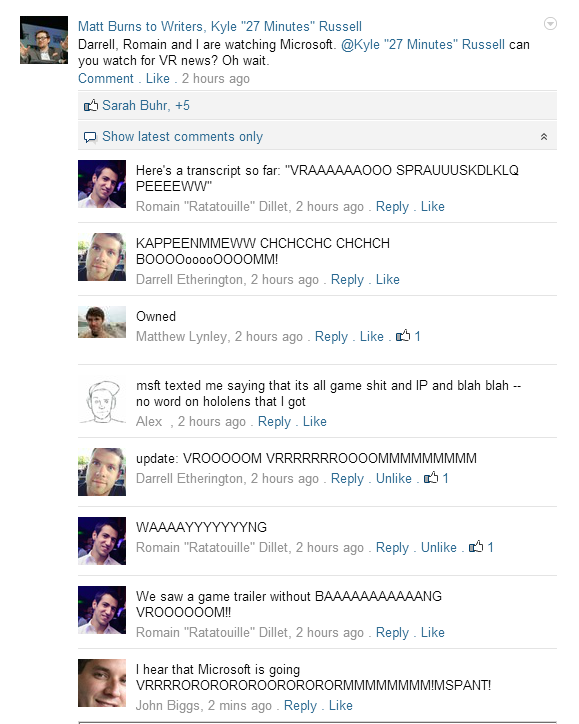